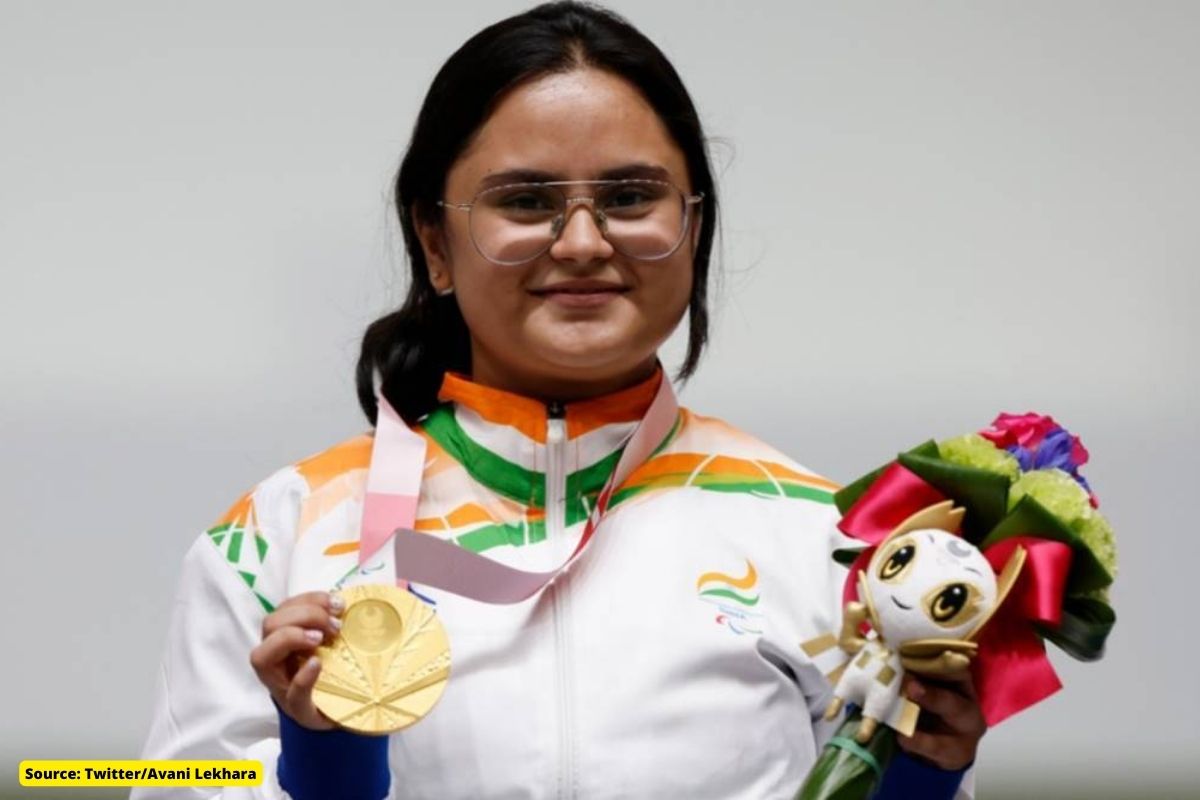 Tokyo Paralympic Games champion Avani Lekhara won the gold medal at the Para Shooting World Cup. Avani Lekhara has won this gold in France in the women’s 10m air rifle with a record score of 250.6. Avani, 20, has broken her own world record of 249.6. With this victory, she reached the Paralympic Games in Paris 2024.

At the Para Shooting World Cup in France, where Avani won gold, Poland’s Emila Babaska won silver. Emila’s score was 247.6. The bronze medal went to Anna Norman from Sweden. Her score was 225.6. All three have medals in the SH1 category.

The 19-year-old Avani then became the first Indian woman to win a gold medal at the Paralympics.

Who is Avani Lekhara?

Originally a resident of the city of Jaipur, Avni has studied law. Since a car accident in 2012, she has been suffering from spinal cord related issues.

After this, she was able to walk on her own with the help of a wheelchair but she did not give up and tried her hand at shooting, where she continuously achieved success.

In the year 2015, her closeness began with filming in the city of Jaipur itself and she started practising at the Jagatpura sports complex.

Avni’s father wanted her to be interested in sports. Initially, Ella Avni tried her hand at both shooting and archery. She felt more interested in shooting. She was very inspired by Abhinav Bindra’s book and went ahead.

Her dream was to win gold at the Tokyo Paralympic Games.

Regarding the corona epidemic in the year 2020, he said that because of this not only her shooting training was affected, but the routine physiotherapy session was affected by corona.

She had said, “I can’t feel anything in my lower back because of a spinal cord problem. But I still have to exercise my legs every day.”

“After them, my parents helped me and did what they could. I couldn’t do shooting training at home. I started practising without bullets.”