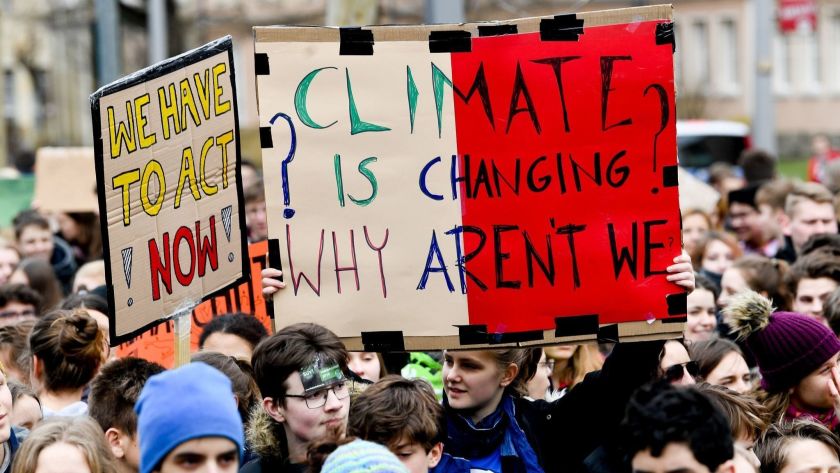 Ground Report | New Delhi: Climate change and inequality; We are living in a world where everything is somehow linked in one way or the other for example, Globalisation and Technology or Climate and Inequality. Well, Globalisation and Technology are interlinked in numerous spheres as this further experienced a boost during the pandemic. You must be wondering how Climate Change and Inequality are interlinked.

Over the past few decades, millions were raised from poverty because of global economic growth. However, the fluctuating climate change has disturbed efforts that were being made worldwide for eradicating poverty and as a consequence, the poorest regions of the world get affected the most.

According to a report published by the World Bank, due to climate change over 68 to 135 million people could get dragged into poverty by 2030. The risks of climate change are irreversible and also worsening inequality. The International Monetary Fund stated that, “ Climate risks disproportionately affect the poorest countries and people, who are more exposed and more vulnerable to their impacts. At the same time, actions taken to curb warming could have an unwelcome effect on inequality, if climate policies prove too burdensome for poor countries.”

If we take the instance of third world countries, numerous people’s livelihoods are dependent on work which is related to Climate Change, whether it be agricultural, manufacturing industries, factories or fisheries. These activities lead to uneven temperatures, increased sea levels, melting glaciers and meteorological events like heat waves and droughts. On the other hand, even if we discuss the developed ones, the fact still stays stagnant that the emissions of these countries are greater than the developing ones.

Also Read:  #Explained: Advancing treeline in Himalayas and its consequences

What needs to be done?

The first and foremost step that needs to be taken to limit uneven climate change is to reduce emissions. Policies should be modified timely as per the need of the hour. Along with reducing emissions, better services must be provided to poorer communities. One of the main agendas of the United Nations Climate Change Conference of the Parties (COP26) was Increasing countries’ mitigation. Both, Inequality and Climate Change must be jointly looked after as limiting climate change would help in the reduction of risks which could be imposed in the future.

If the policies are not well structured and designed this will amplify inequalities that were already existing hence low carbon transition can help fostering more environmentally-friendly countries. The most crucial factor that needs to be kept in mind while drafting the climate change policies is that every country has different requirements and policies should be framed accordingly.