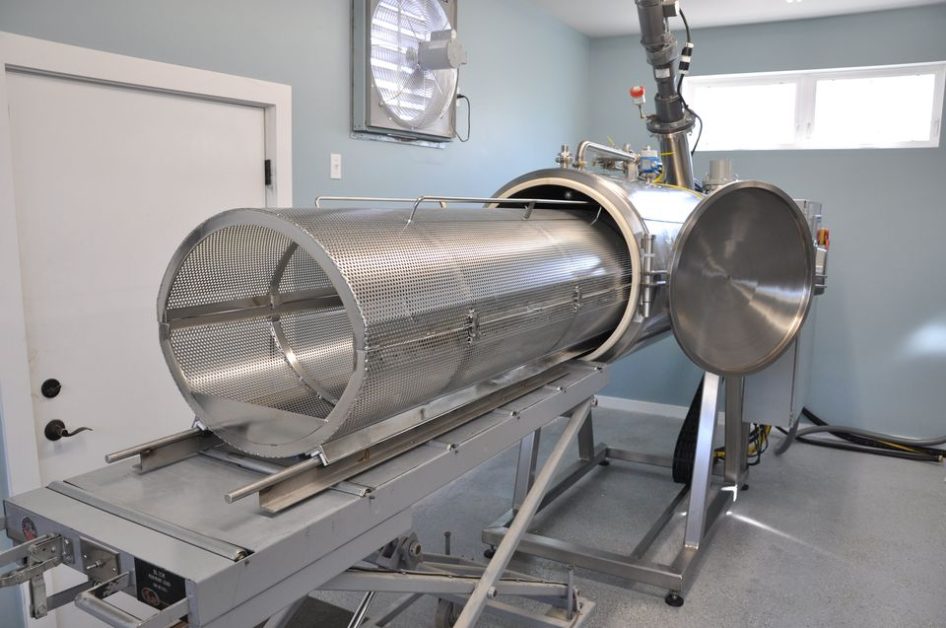 Ground Report | New Delhi: What is Aquamation; The body of Nobel Peace Prize laureate Desmond Tutu will undergo aquamation, an increasingly popular and environmentally friendly alternative to traditional cremation methods, using water instead of fire. For many years, in the midst of funeral arrangements, most people had only two choices: cremation or burial? But a third option is available: Aquamation or liquid cremation.

The Aquamation has filled some pages because for the first time this technique arises implemented in Europe driven by Dutch politicians who claim to be studied possible approval. This method has traditionally been used in medical schools to accelerate the natural decomposition process of a corpse in order to dissolve organic tissue and dispose of soft bones.

Aquamation is a technique that consists of immersing the body in a pressurized steel container (40 psi) with 95% water and 5% liquid potassium hydroxide at a temperature of 150 to 170 ºC in a solution that reaches a pH of 14, with a pre-heating at 77ºC (1701F).

These conditions of alkalinity at high temperature and pressure for a period of two to three hours on the body accelerate the process of tissue degradation.

First developed in the early 1990s as a way to discard animal bodies used in experiments, the method was then used to dispose of cattle during the mad cow disease epidemic, US-based researcher Philip R. Olsen said.

In the 2000s, American medical schools used aquamation to dispose of donated human cadavers, before the practice made its way into the funeral industry, Olson wrote in a 2014 paper. Tutu, who died on Boxing Day at the age of 90, was known for his humble lifestyle. He left instructions that his funeral ceremony should be simple and without frills.

Aquamation uses five times less energy than fire, and reduces funeral greenhouse gas emissions by about 35%, according to UK-based firm Rizomation. Aquamation is also used to dispose of animal carcasses in slaughterhouses, where it is considered more efficient and hygienic.

Aquamation, also known as alkaline hydrolysis, is a sustainable water-based removal method. This is sometimes called liquid cremation. Aquamation has no direct emissions of harmful greenhouse gases or mercury and does not require the burning of fossil fuels.

This form of removal combines a gentle flow of water, uniform temperature, and alkalinity that is used to accelerate the breakdown of organic matter. Aguamation is the same process that occurs in nature when the body of a loved one rests on the ground, albeit at an accelerated rate.

ALSO READ:Dalit Adivasis missing in the Mainstream Media in India

With Aquamation, or “alkaline hydrolysis,” the body of the deceased is immersed in a mixture of water and a strong alkali such as potassium hydroxide in a pressurized metal cylinder for three to four hours and heated to approximately 150 °C.

Aquamation has no direct emissions of harmful greenhouse gases or mercury, does not burn fossil fuels, and uses less energy than flame-based cremation.

It is a clean alternative that uses modern technology. Essentially, it just speeds up what happens in natural decomposition. Two of the main ways a body decomposes when buried are interactions with alkali and soil moisture (which begins the alkaline hydrolysis process) and the way insects help decompose a body.

In fact, the internal operation that insects use to achieve this is actually alkaline hydrolysis. Alkaline hydrolysis is also the way that all humans extract nutrients from food in our small intestines.