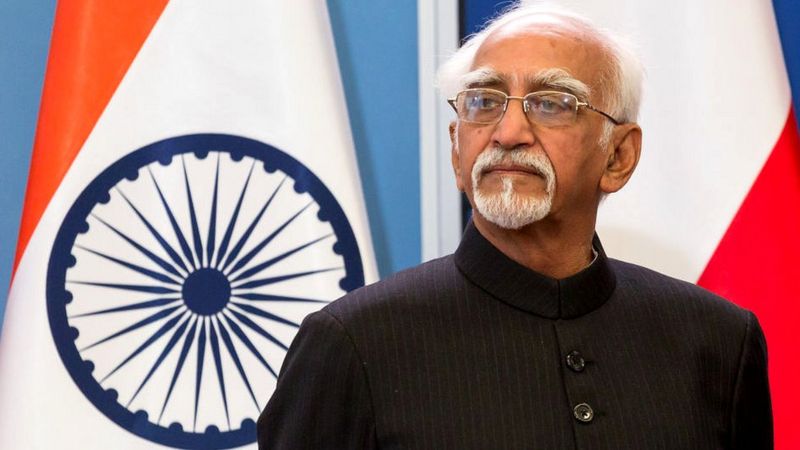 Former Vice President Hamid Ansari, in a virtual program on Friday, said that “Indian society had fallen prey to two other epidemics ‘religious fanaticism’ and ‘aggressive nationalism’ – even before the Corona epidemic crisis.”

Adding to this, Ansari also said that “Desh Prem” is a more positive concept than the two as it is militarily and culturally defensible. “

But his statement has upset a particular class. It is being discussed on social media. People are writing that ‘This thinking about the nationalism of Hamid Ansari, who has held some of the biggest positions in India, is indecent.’

State level spokesperson of Bharatiya Janata Party Gaurav Goyal has written on Twitter, “The reality of the Congress has once again come to light. These are the people who were made the Vice-President of this country by the Congress Party having a biased attitude.”

Former Maharashtra Chief Minister and senior BJP leader Devendra Fadnavis said on Ansari’s statement that “Hindutva has never been radical. Hindutva has always been tolerant. Hindutva is an ancient lifestyle of this country. Hindus have never attacked anyone or any country. Not attacked. “

However, the Congress party has justified Ansari’s statement. Party leader Tariq Anwar said that “The BJP has a special problem with Ansari’s statements because he directly targets the agenda of the BJP and the Sangh Parivar.”

The former vice-president said these things at the time of digital release of Congress leader Shashi Tharoor’s new book ‘The Battle of Belonging’.

On the occasion of the book release, he expressed concern about the current situation in the country. He also said that ‘today the country is seen to be at risk from such ideologies which try to divide the country on the basis of the imaginary category of’ us and them ‘.

Ansari said that “the dangers of nationalism have been written many times. It has even been called ‘ideological poison’ on a few occasions in which there is no hesitation in transferring and transferring individual rights.”

Hamid Ansari also said in the program that “In a short span of four years, India has set a new political vision of cultural nationalism from the basic point of view of a liberal nationalism, which has come to power in the public domain.”

Former Jammu and Kashmir Chief Minister Farooq Abdullah also participated in the discussion on the occasion of book release.

He also said on this occasion that in 1947 we had an opportunity to go with Pakistan, but my father and others thought that the principle of two nation was not good for us.

Farooq Abdullah said that he is never going to accept the way the current government wants to see the country.