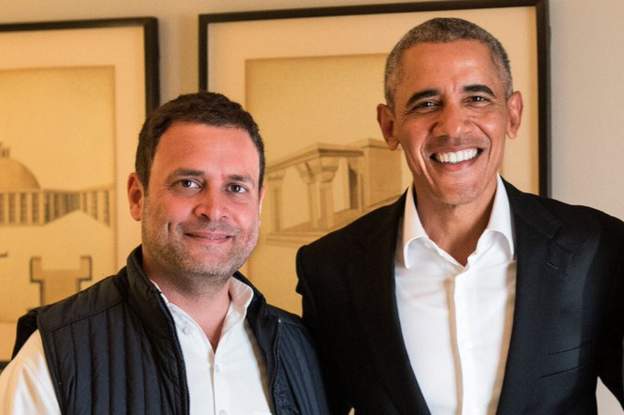 Former US President Barack Obama, in one of his books, write about Congress leader Rahul Gandhi, in his book he said that Rahul Gandhi looked like a “nervous and preparing student” who wants to impress his teacher but within the subject. There is a lack of passion or qualification to become a master.

Obama has also mentioned Congress leader Sonia Gandhi and former Prime Minister of India Manmohan Singh in the book ‘A Promised Land’ written on the memoirs of his tenure.

The American newspaper New York Times has written a review of his book to be released next week.

Referring to former Prime Minister Manmohan Singh, Obama has written that he has a kind of ‘honesty to impress’.

His memoir of 768 pages is based on his steps in politics and the journey to reach the summit.

Barack Obama has written several books before, including ‘Dreams from My Father’, ‘The Audacity of Hope’ and ‘Change We Can Believe In’.

Reacting to former US President Barack Obama’s remarks about Rahul Gandhi, senior Congress leader Tariq Anwar has said that Obama and Rahul Gandhi’s visits would have been very short and it was difficult to gauge one’s potential on the basis of one to two meetings. it happens.

Congress leader and former Union Minister Tariq Anwar, saying that “Obama and Rahul Gandhi would have met very little, that too from now on about 8-10” Years ago, when he came to India as the US President. “

Talking to news agency ANI, Anwar said, “It is difficult to judge one’s ability on the basis of one or two visits. Since then Rahul Gandhi has gained a lot of experience and there is a lot of difference in the personality of the current Rahul Gandhi. is.”

In fact, former US President Barack Obama has written in his new book commenting on Congress leader Rahul Gandhi that Rahul Gandhi looks like a ‘nervous and preparing’ student who wants to impress his teacher, but he lacks the passion or ability to become a ‘master of the subject’.