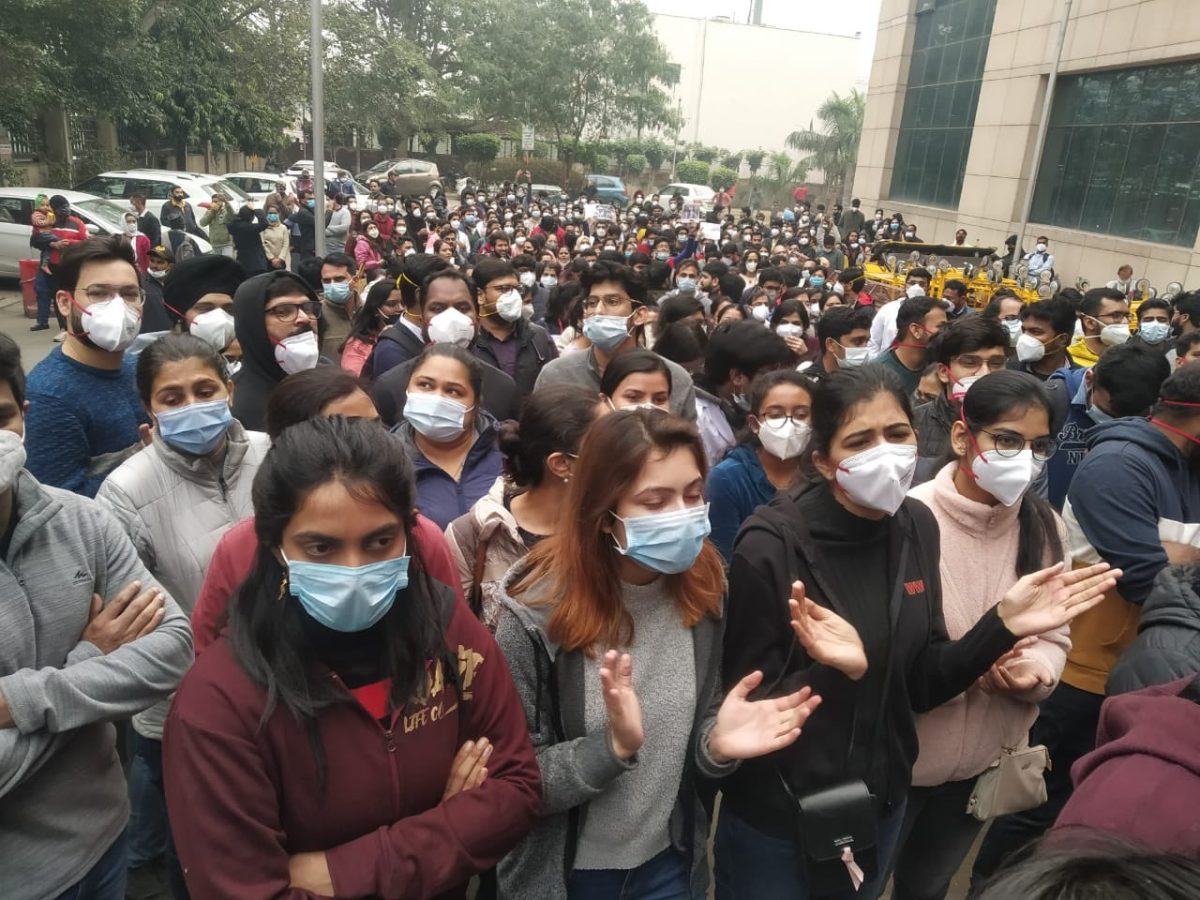 “The protest is going on peacefully in the premises of Safdarjung Hospital itself. We are currently in talks with them,” Deputy Commissioner of Police (DCP) Gaurav Sharma told IANS.

The protesting doctors had started a march from Safdarjung Hospital towards the office of the Health Ministry, but the police personnel did not allow them to continue the march.

ALSO READ: Resident doctors on strike due to delay in NEET PG counselling

Resident doctors of AIIMS Delhi protest on December 28 over alleged police action during a protest march against the delay in NEET-PG counseling on December 27.

The DCP further said that the South West District Police has asked the protesting resident doctors to continue their dharna in a peaceful manner.

“He has been cordoned off in the hospital premises in a very peaceful manner,” Sharma said, adding that the resident doctors are also cooperating with him.

Doctors are presently staging a sit-in outside the emergency ward of Safdarjung Hospital and all emergency services were disrupted for some time. Even the outraged doctors disrupted the ambulance service.

As per the latest reports, outpatient department (OPD) services have been resumed in the hospital and senior doctors have started attending to the patients.

Earlier on Monday, resident doctors took out a protest march against the Supreme Court, but Delhi Police stopped them midway. As the doctors were not allowed to continue their march, they surrendered their apron on the road to register a protest. The doctors alleged that they were thrashed and dragged during their march to the top court.