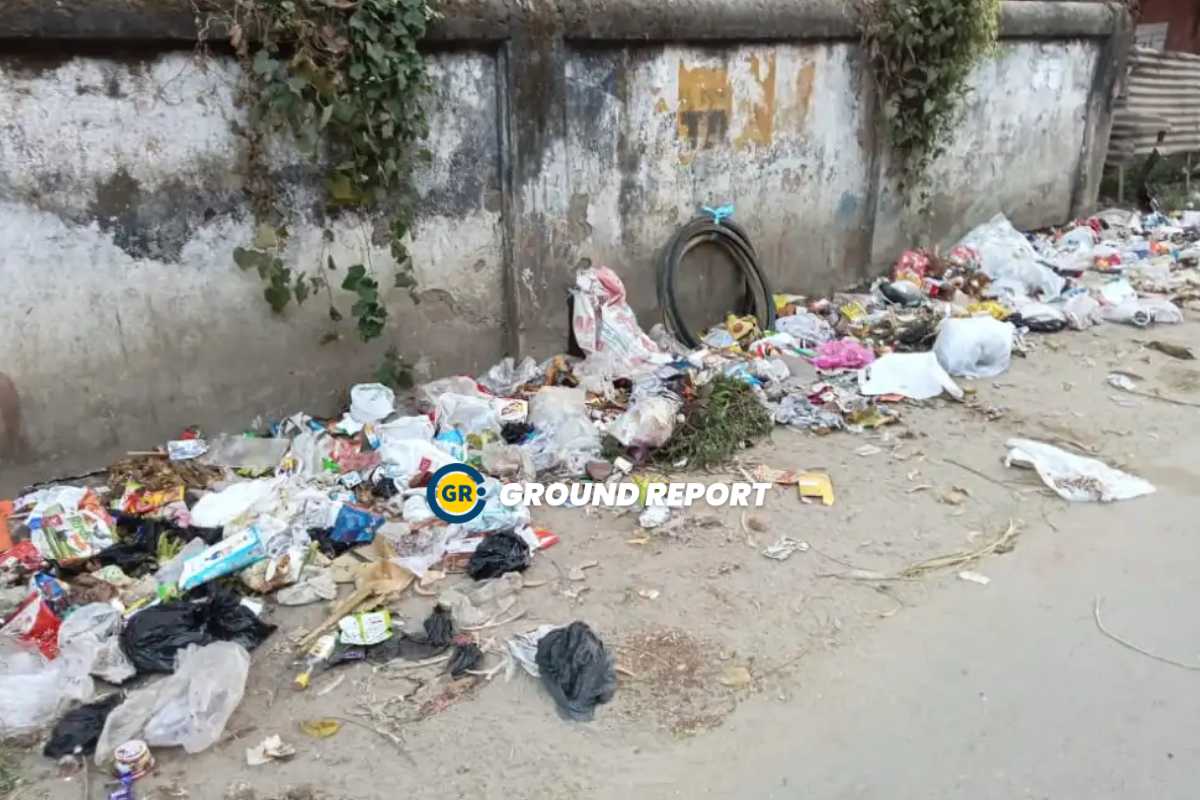 Even after significant improvement in the waste management situation in the towns of Assam, cleanliness in the localities seems to remain mostly inconsistent. ‘Swachh Bharat Ka Irada’ song blares constantly while local municipal vehicles collect waste door-to-door. Then, how are streets not becoming cleaner? Let us inquire.

People in the towns of Assam still manage to dump away trash by the roadside, in vacant plots or alleyways. Therefore, it is still prevalent to find heaps of waste filling up an empty plot next to a residential area in most parts of a town. The type of waste ranges from domestic hazardous waste containing bodily fluids like diapers, sanitary pads, and tampons to biodegradable waste, including general household waste like food, paper, and green waste.

Mr. Bora, a local resident, when asked about the problem of open dumping on the plots, said,

“Even some educated people can be so ignorant. They simply don’t understand the importance behind proper segregation and recycling. They go out during the evening or dawn to throw out the trash so they cannot be seen by other people”.

Despite multiple cleanliness drives, campaigns, and appeals by the municipality, some fraction of the general public still chose to remain ignorant and continue to disregard the authorities.

The site is unpleasant to look at, decreasing the aesthetic value of the area. In addition, waste accumulation has resulted in a foul smell and choking of cows, dogs, and birds.

Not just this, the accumulated waste has also made it a breeding ground for pests and vector-borne diseases.

“I have seen all types of trash being thrown out like chairs to computer keyboards and have also seen diapers being ripped and shredded by dogs and crows, which is only unpleasant but very unhygienic too.”

Dumping of household waste in the open has a severe impact on the environment of the area. The waste affects the residents and stray animals. Non-biodegradable matter in the waste causes air and soil pollution. This misconduct can also be termed illegal dumping, which has defied the laws of proper waste management systems.

With the ever-growing population, overall waste production is also expected to grow which may result in more illegal dumping.