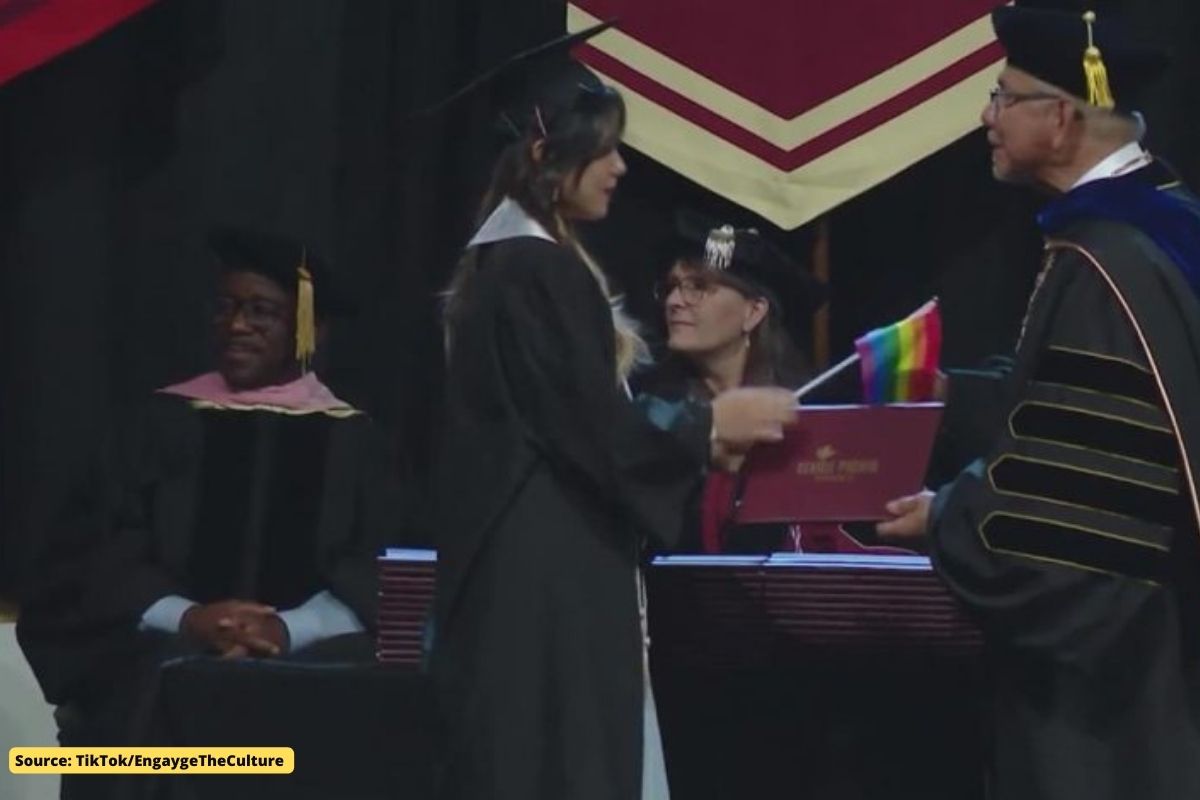 Although we are in the middle of 2022, homophobic (LGBT) acts continue to occur on a daily basis and many people fight directly to end them, dozens of graduating students presented pride flags to the interim president of Seattle Pacific University as presented their diplomas during Sunday’s commencement ceremony.

Through TikTok, the Associated Students of Seattle Pacific (ASSP) publicly displayed the denunciation they made at their graduation. The very original way of doing it has caught the attention of social networks, which have applauded the gesture.

In the video, they write the main reason why they have decided to carry out the protest. “The president of your university thinks that being LGBTQ+ is a ‘lifestyle choice’ and a ‘morality issue, ‘ so he decides to give him a gift at graduation.”

Seattle Pacific is a private Christian university in Washington. The board of directors upheld the school’s ban in May, saying in a statement that employees must “reflect a traditional view of biblical marriage and sexuality.” Chloe Guillot, one of the student organizers, told NowThis that students have also been staging a sit-in outside the president’s office for the past 20 days and counting.

The video was posted on TikTok on Monday by the @EngaygeTheCulture account, run by the Associated Students of Seattle Pacific (ASSP), the group leading the SPU protest.

The clip, simply a montage of the students handing out the flags and receiving their diplomas, is captioned “POV: Your college president thinks being LGBTQ+ is a ‘lifestyle choice’ and a ‘morality issue,’ so you decide to give him a gift at graduation,” and has received nearly 2 million views.

Along with that description, you can see how the students go one by one through the place where the director is located to collect their recognition as graduates. Each one gives him a flag of the LGTBI + collective, making it clear that they are against his prohibitions and words.

“It was a wonderful day to celebrate with our graduates. Those who took the time to give me a flag showed me how they felt and I respect their point of view,” the principal said afterwards. (Seattle University LGBT)

The delivery of these flags is just one more step in the struggle of these students to eliminate homophobic prohibitions. ASSP has spent days leading a tough protest at the university’s administration building.