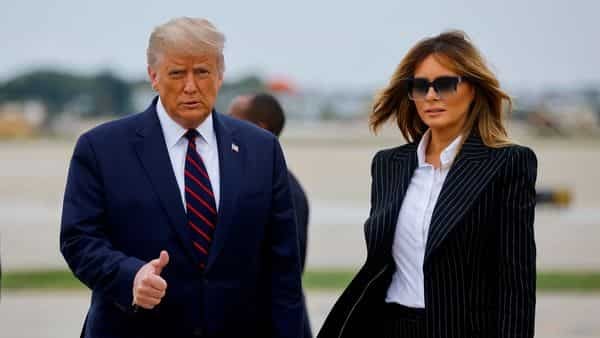 Amid the coming results of the US presidential election, President Donald Trump has said in an address to the White House that “we have won the election.”

Trump thanked his family and crores of supporters, saying, “We were ready for a big celebration. We were winning everything. “

Trump has said that this is a hoax, a huge fraud, his franchise is being taken away from the people and he will not let it happen.

He said, “We were preparing for a big celebration and suddenly some such things are being heard that it seems that there is a group of some very unhappy people who are playing with people’s franchise. We have won elections in Texas, Florida, Ohio, they know they cannot win, so they want to take the matter to court, I already knew and had already said. “

“We have won in North Carolina. This is a fraud, shameful, it is a fraud with our country. We have won the election. Our goal is to implement it. We will go to the Supreme Court of America. Voting cannot be allowed after the voting is over. “

Trump has accused his opponent of ‘stealing the election’ by tweeting between the counting of votes.

Trump wrote – “We are ahead but they want to steal the election results from us.” We will not allow them to do so, after the elections are over, votes cannot be cast.”

Also Read:  Is it right to call Aileen Cannon 'She's a Trump judge'?

A senior official who watched Trump’s election campaign in the US presidential election told CBS network in the US that Donald Trump wants to ‘show his strength’ and ‘his point of view’ tonight.

However Democrat candidate Joe Biden delivered a speech during the coming results of the US presidential elections. He has said that he is happy to see where he is now.

He says, “Wisconsin and Michigan are happy about it. The election will not end until every ballot is counted. “