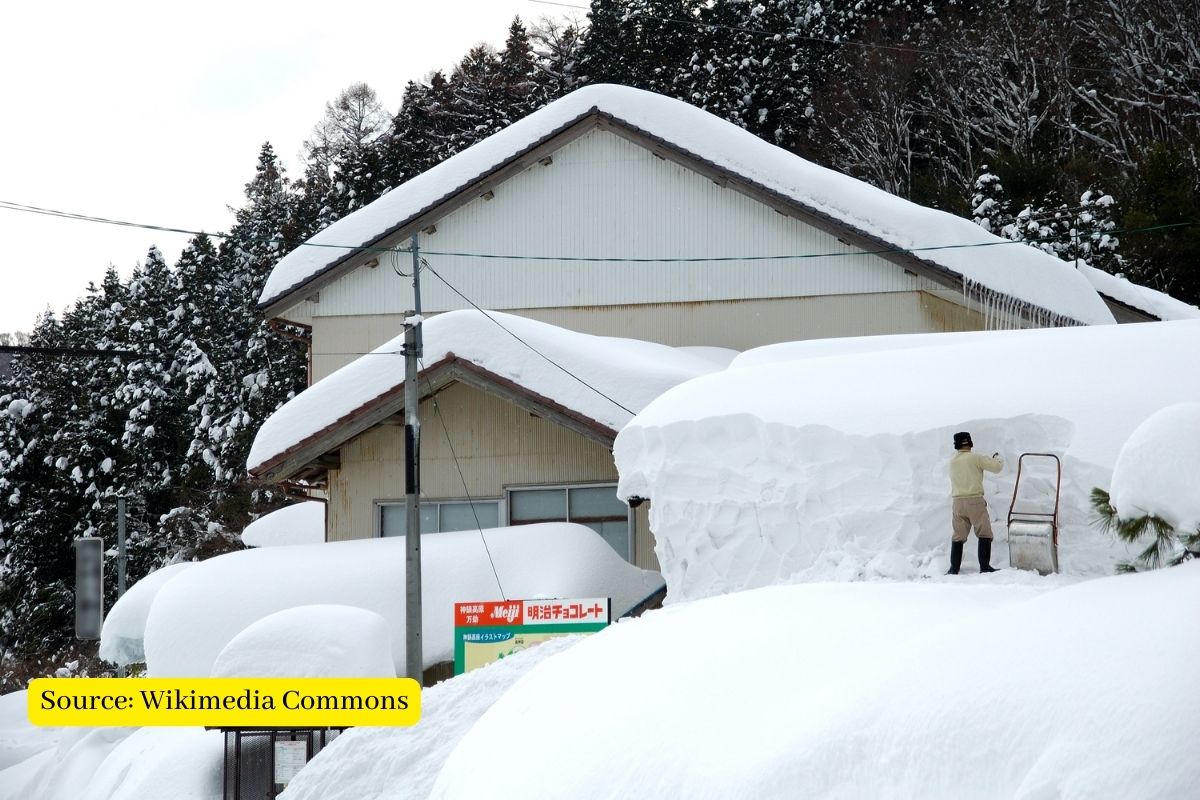 Heavy snow was forecast in the northern and western parts of the country facing the Sea of Japan on Monday, The Japan Meteorological Agency said. The Meteorological department said heavy snowfall was mainly in Hokkaido and areas facing the Sea of Japan on the main island of Honshu and warnings were issued urging residents to watch out for blizzards, waves and severe cold.

These conditions are partly attributed to the continued influx of cold air over the country due to the southward meandering of the polar front jet stream around Japan in association with a high block over western Siberia. A series of heavy snowfalls hit Japan on the Japan Sea side and elsewhere, bringing unprecedented snowfall for this period to the Nagaoka region and other areas.

Also Read:  Why December is less cold this year?

At the same point, it reached 2m, the fastest in the history of observation. Since then, the amount of snow has increased, even more, reaching 221 cm at dawn on Monday the 19th.

Due to the heavy snowfall, some highways are closed, and Railways have also been affected. JR East has suspended trains on the Yamagata Shinkansen between Yamagata and Shinjo stations due to heavy snowfall; It is estimated that operations will resume around 5:00 p.m. on December 19.

According to OpenSnow.com meteorologist Joel Gratz, “the general flow of weather from west to east pushes cold air from Russia and China over the Sea of Japan and then up into the mountains along the west coast of Japan. The combination of cold air, moisture from the Sea of Japan, and the elevation that is created when the wind hits the mountains of Japan is what creates a lot of snow,” says Gratz.

The mind-boggling snowfall is linked to a pair of record-breaking weather systems that induced an extended period of westerly to northwesterly winds, the ideal wind force needed to produce factory-like heavy snow production and dumping.

Another user said, “Climate change has gripped Niseko, northern Japan. 2.5 metres of snow all ready, and night commenced this weekend. Wonder if any Climate Catastrophe crusaders will be on the mountain this snow season”.