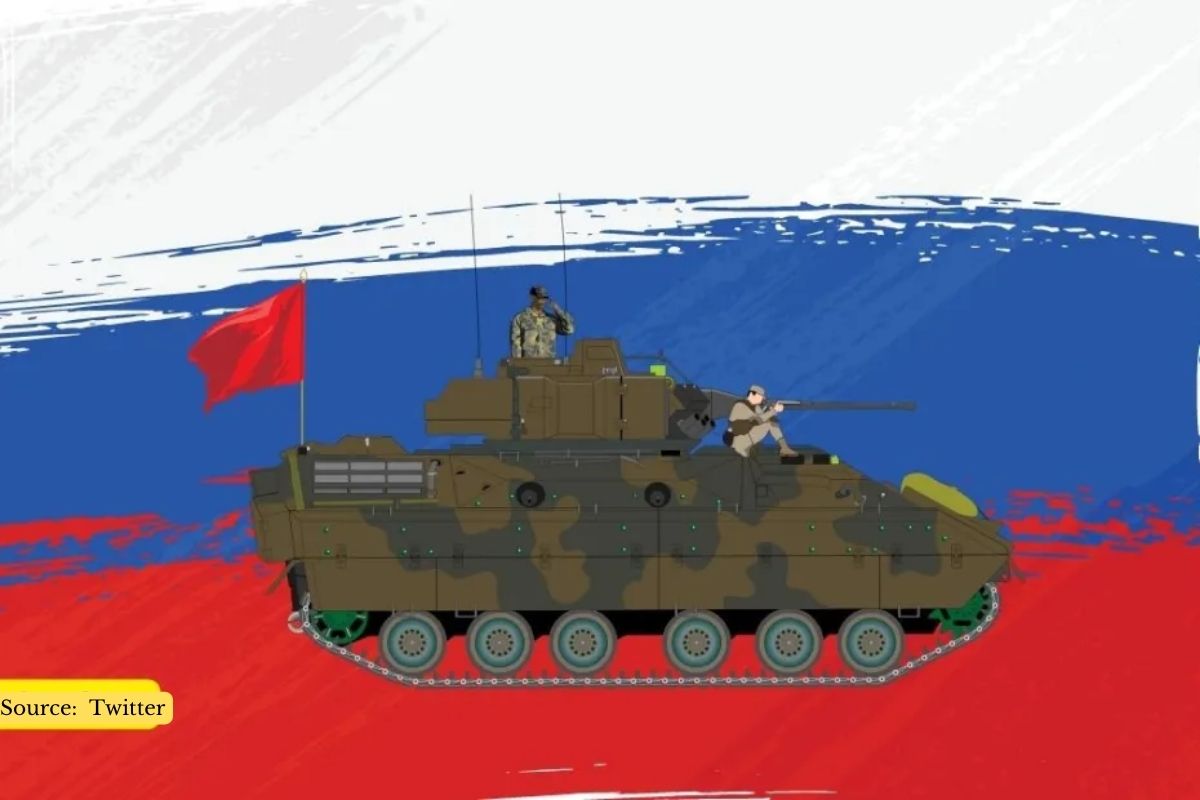 Ukraine’s President Vladimir Zelensky has warned that Russia is trying to commit genocide in his country. He was speaking after 20 civilians were found dead on the streets of Bucha, some with their arms and legs tied, and satellite images showing the presence of a mass grave.

On Monday, President Zelensky made an emotional tour of the city, where he called on the UN Security Council to act.

While agreeing to his massacre, British Prime Minister Boris Johnson said on Wednesday that he was “deeply concerned” about what was happening in Bucharest, revelations about Putin’s actions in Ukraine. They are coming to the fore. In my opinion, they are nothing short of carnage.

Vladimir Putin’s attack is in its fifth week, and the Russian military has been repeatedly accused of committing war crimes in Ukraine as it siege and shelled major cities such as Kharkiv and Mariupol. Used to be

Childcare centers, maternity hospitals, residential apartments, a community theatre, a shopping center and a Holocaust memorial are among the sites that have so far been hit by Russian missiles, although Russia denies this. He is deliberately targeting civilians.

Russian soldiers have also been accused of engaging in war tactics such as rape, torture and murder, and inhumane strategy targeting unarmed civilians that the Red Army used to encircle Nazi Germany during World War II. . Its main purpose was to demoralize the people of Ukraine.

The chief prosecutor of the International Criminal Court in The Hague, Netherlands, Karim Khan, has already announced an investigation into the charges, saying: There is good reason to believe the charges against the perpetrators.

Zelensky’s deputy prime minister, Olha Stephanishna, made the same allegation last month when she appeared on Sky News journalist Sophie Ridge’s “On Sunday” program and was asked if she supported Russia’s brutal strategy to commit genocide. was used. Synonymous, she replied, ‘I think so indeed. I am a lawyer myself and I am committed to implementing this judgment.

“It is important that all political leaders around the world remain united and form an anti-war coalition. Only with such a concerted effort will we be able to prevent such widespread genocide and genocide in the 21st century.”

“Putin and the Russians are the worst offenders,” he said. Their hands are painted with the worst crimes and they are strategically targeting the Ukrainian population.

“Ukraine will continue to oppose ensuring that there is no terrorism, genocide or genocide on its soil in the 21st century. But it is also clear that the Ukrainian military and the Ukrainian president cannot compete alone.

Addressing Israel’s parliament on 22 March, Mr Zelensky warned lawmakers there about the horrors of the last century and said President Putin was trying to establish a “lasting settlement” against Ukraine. Meanwhile, Zelensky compared Putin’s strategy to a Nazi genocide in which six million European Jews lost their lives inside concentration camps.

Referring to the Russian attack on the Babi Yar monument, where the Nazis killed 30,000 Jews in 1941, Zelensky told his Israeli audience: “You know very well what Holocaust victims mean.

Ironically, despite so many revelations, Putin claims that the real purpose of his “special military operation” in Ukraine is to prevent genocide. After the fighting, the Ukrainian government plans to meet with pro-Russian separatists in Donetsk and Luhansk.

They say their attack is aimed at “freeing the region from the influence of terrorists and Nazis” in the larger interest of regional security. This is an extraordinary claim against the democratic government led by the Jewish president, who lost his family members in the Holocaust.

What is Crimes against Humanity

Although it may not seem like it, “even in war there are rules”, as the International Committee of the Red Cross says.

These rules are contained in treaties called the Geneva Conventions and a host of other international laws and agreements.

Civilians cannot be deliberately targeted, nor the infrastructure that is vital to their survival.

Certain weapons are prohibited due to the indiscriminate or appalling suffering they cause, such as anti-personnel landmines and chemical or biological weapons.

The sick and wounded must be cared for, including wounded soldiers, who have rights as prisoners of war.

Serious crimes such as murder, rape or mass persecution of a group are known as “crimes against humanity”.

Genocide means “acts committed with the intent to destroy, in whole or in part, a national, ethnic, racial or religious group.”

As the UN Office on Drugs and Crime (UNODC) recalls, the term was first coined by Polish human rights lawyer Rafael Lamkin in his book Axis Rule In Occupied Europe (1944). The Latin suffix cide (meaning murder) was coined.

Dr. Lemkin, who lost everyone but his brother in the camps, was trying to explain that the Nazi “Third Reich” the government had massacred Jews through systematic atrocities and that it was a result of the systematic barbarism that pervaded human history. was connected. were joining together

He then led a campaign to recognize it as a global crime and to amend its laws. The full story is found in Philip Sands’ recent book, East-West Street (2006).

The United Nations General Assembly first recognized genocide as an international crime in 1946, and the United Nations Convention on Genocide was drawn up on 9 December 1948, which entered into force on 12 January 1951 and is still in force. It has been ratified by 152 countries.

“Other attempts to reduce the group to the harsh conditions of life, such as if you think of a group being put to death, and you actually think of some cities in Ukraine today, where bombings and humanitarian The flow of aid has been cut off, people are potentially going to starve,” Alex Hinton, director of the Center for the Study of Genocide and Human Rights and UNESCO Chair on Genocide Prevention, told ABC News.

The second section conclusively declares the Act, which states that “if any of the following acts are done with the intention of destroying partly or wholly any national, ethnic, linguistic or religious group was” would then fall into the category of genocide:

The third clause outlines the five offenses that can be punished as a result:

Genocide is justified by propaganda and language that devalues ​​and demonizes the target population. There are many historical examples, from European colonial caricatures of indigenous “beasts” and “savages” to Nazi images of Jews in the form of rats.

Russia is using this type of demonization to justify its invasion of Ukraine. First, Russia describes its violence as necessary for the “denazification” of Ukraine. President Vladimir Putin, for example, called Ukraine’s far-right leadership a “group of drug addicts and neo-Nazis.”

And second, Putin suggested that Ukraine’s identity is not real and that historically, “Russians and Ukrainians are one people – in fact, one nation.”