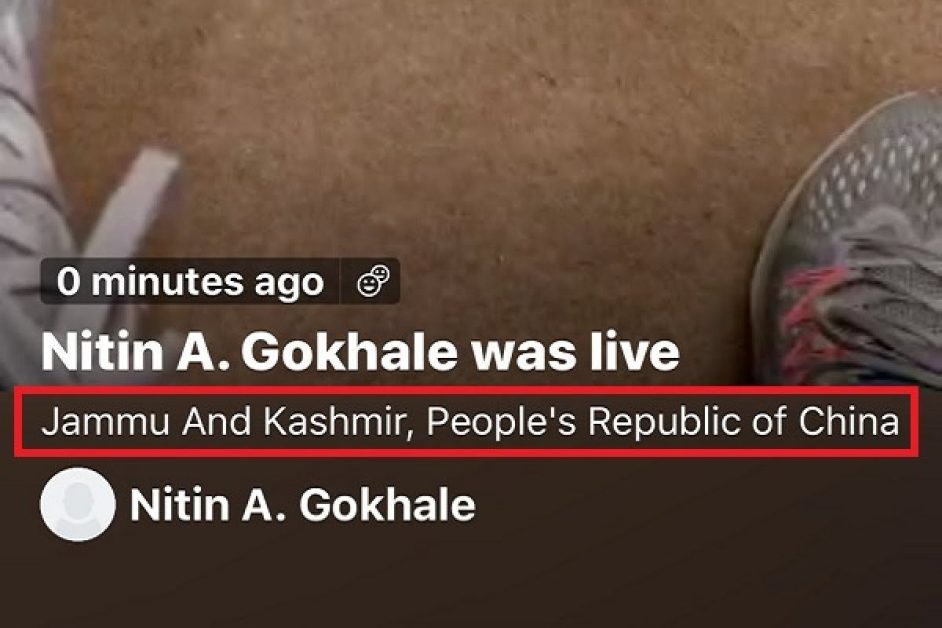 Twitter India on the timeline showed Jammu and Kashmir as part of the People’s Republic of China, causing a huge controversy. The matter was raised by Kanchan Gupta, a Fellow of the Observer Research Foundation. He found that in tweets Jammu and Kashmir is being described as part of China.

Many Twitter users have also shared screenshots, although later it has been said from Twitter that this is a technical flaw and is being rectified soon.

So @Twitter has decided to reconfigure geography and declare Jammu & Kashmir as part of People’s Republic of #China . If this is not a violation of #India laws, what is? Citizens of India have been punished for far less. But US Big Tech is above the law?”, Gupta wrote tagging Telecom and IT Minister Ravi Shankar Prasad.

Following Gokhale’s tweets, other users also tried to go live on the microblogging platform by tagging their location as Leh, and Twitter showed it to be a part of China’s territory.

Taking to Twitter, Gokhale narrated, “This morning, I was live on Twitter along with Rohit Pandita to apprise people of my journey to Ladakh from Himachal Pradesh via a new road. After we finished our broadcast, to our horror, we found that the location we had put of our location of the War Memorial, Hall of Fame – a famous landmark in Leh came as Jammu and Kashmir, the People’s Republic of China. I apprised Twitter by tagging them, expecting them to take action, but except for anger from people of India, nothing happened.

The development comes after the 7th level of military commander talks between India and China at the Line of Actual Control (LAC) over ‘de-escalation and disengagement’, along with the return to status quo at the border.

Many social media users have attacked the Chinese smartphone company raking the issue of Arunachal Pradesh being claimed by China.

The app allegedly did not show results for Itanagar and Arunachal Pradesh.

Xiaomi has said that a technical error in its weather app was behind its smartphones not displaying weather for locations in Arunachal Pradesh.

“We would like to clarify that the weather app on our devices uses data from multiple third-party data sources and we understand that for many locations, the weather-related data is not available on the current app,” the Mi India spokesperson clarified.