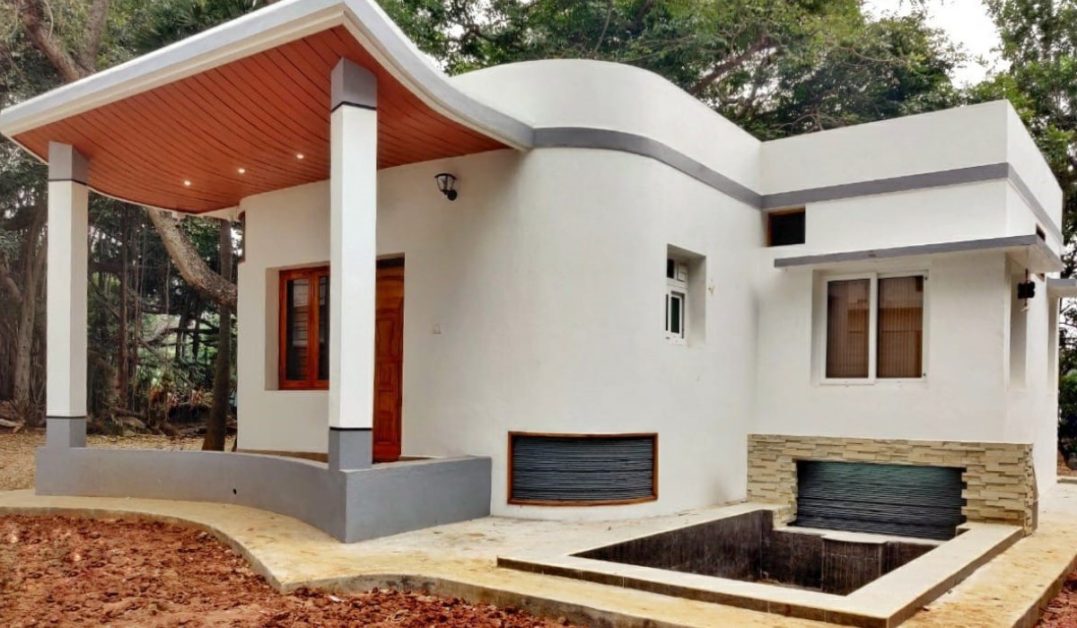 Ground Report | New Delhi: Tvasta 3D printed house; India’s first-ever 3D printed house was started by three graduates of IIT Madras which is a solution to India’s and the World’s housing problem. A couple of days ago, Anand Mahindra not only tweeted and praised an IIT Madras-backed 3D printing startup called Tvasta but even asked if there was room for him to join!

They initially established the IIT Madras 3D Printing Club at the Center for Innovation (CFI) to create innovative products using 3D printing and spread awareness of this technology. After graduating, they founded Tvasta, which was born out of the founders’ passion for design and 3D printing. In fact, it was their college senior project that led them to envision Tvasta as a company that had the ability to deliver world-class industrial 3D printing solutions.

Apart from this latest tweet praising this unique startup and even asking to join, Anand Mahindra has also supported many other hot ideas and startups in the past. He even tweets in support of people who defy all odds to nurture their dreams and passion.

What is 3D printed houses?

Let us know more about Tvasta

Tvasta Manufacturing Solutions is the start-up of 3D printed houses by three IIT Madras graduates namely Adithya, Parivarthan and Vidyashankar. Tvasta is a Sanskrit word that means ‘process of creation. According to Tvasta their main goals are to make it affordable and more sustainable.

The first-ever single-storey house was built in the year 2020, having a 600 sq ft unit created in Habitat for Humanity’s Terwilliger Centre for Innovation in Shelter at IIT Madras campus. The triad built this house within 21 days and according to The Better India a standard 3D printer can build the house of 2000- sq ft can be constructed within less than a week.In fact of being faster and more affordable, it also generates minimal waste by using conventional building methods.

What is the cost of 3D printed house?

According to Tvasta, the cost of constructing a 3D printed house is about Rs 5 lakhs to Rs 5.5 lakhs, estimated around 20% of the cost of a standard 2BHK concrete house.

This technology is essential for a country like India, Industrialist Anand Mahindra has offered to invest and boost the start-up.

According to the World Economic Forum, by 2030, nearly 3 billion people will need improved housing resulting in the need for building 96,000 new homes every day. 3D printing technology can create the finest homes in a fraction of the time and cost of traditional construction.

Tvasta’s 3D home was built in just five days that is why it can build houses cheaper and faster as compared to traditional building methods. This method has already provided homes for people around the world. If demand at a large scale, this method could help millions of people’s to have a roof over their heads.