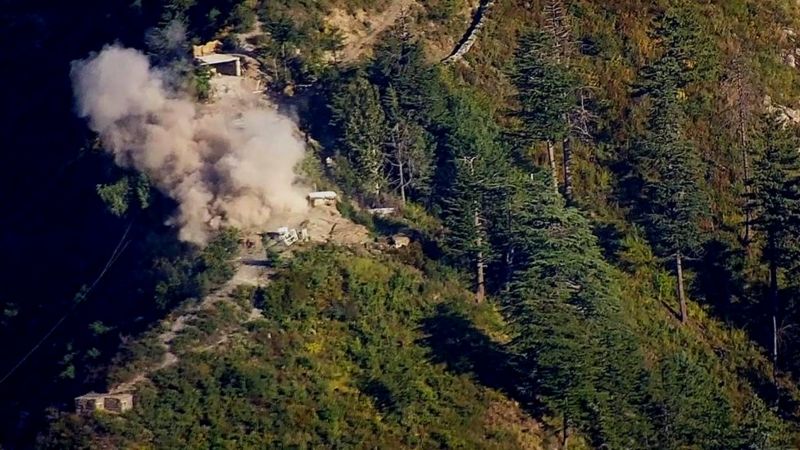 The Indian Army said that Pakistan opened fire on Friday in violation of the ceasefire in several sectors including Gurez and Uri near the Line of Control in Jammu and Kashmir.

At the same time, Pakistan also accused India of violating the ceasefire. Pakistan’s State Disaster Management Authority (Pakistan administrated Kashmir) issued a statement saying that the Indian Army on Friday violated the ceasefire in the Neelum and Jhelum Valley districts.

According to the statement of the Indian Army’s Chinar Corps in Srinagar, Pakistan used mortars and other weapons for the attack.

The army says that common civilian targets were targeted deliberately by Pakistan.

The Indian Army said, “Our army has also damaged the infrastructure of the Pakistani Army in a strong response. We have damaged their weapons, fuel shells and many terrorist launch pads.”

At the same time, according to the statement of Pakistan’s State Disaster Management Authority (POK), four Pakistani soldiers were killed and 23 soldiers were injured in the firing from the Indian side.

Pakistan says that four of its citizens have also died in the shootout. Children are also among those injured.

Army officials said that two civilians have also died in Kamalkot sector of Uri area in Baramulla district. A woman has died in Balakot area in Haji Pir sector of Uri.

The Indian Army says that many people have also been injured in the Pakistani attack.

Defense spokesman Rajesh Kalia from Srinagar speaking to Groundreport.in said that the army foiled the infiltration plot through a ceasefire violation in the Keran sector near the border.

He said, “Our army had seen some suspicious movements on Friday in the Keran sector near LAC in Kupwara district of North Kashmir. Our alert troops foiled this attempt to infiltrate.”

Rajesh Kalia said, “Pakistan was attacked with mortars and other weapons. We also gave them a befitting reply.”

BSF officials said that 39-year-old SI Rakesh Doval Baramula died in an attack near the border. He was shot in the head.

Doval hailed from Rishikesh in Uttarakhand and joined the army in 2004. He is survived by his father, wife and a nine-year-old daughter.

Constable Vasu Raja suffered injuries on his arms and cheeks and is still in a stable condition.

A senior military officer said that almost all BSF units deployed along the Line of Control in Jammu and Kashmir have been facing heavy firing since Friday morning.

He said, “Our soldiers are responding effectively to the attacks. We have increased the number of soldiers, weapons and vehicles near the BSF.”