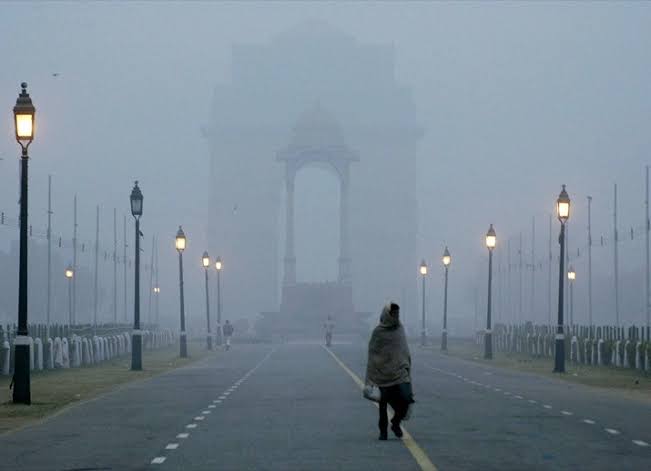 This year will be colder than the previous year. Quoting from the Meteorological Department, Hindustan Times has written that due to the active La Niña currents in the Pacific Ocean, there will be a huge impact on the winter weather all over the world.

Due to the effect of ‘La Nina’, the northwestern region of India gets colder than normal. Significantly, ‘La Nina’ is a natural stream of the Pacific Ocean. The effect of which reduces the temperature in winter.

The newspaper quoted Kuldeep Srivastava, head of the meteorological department’s regional forecast center, as saying “minimum and maximum temperatures are expected to be 2–2.5 degrees below normal during the entire winter season.”

According to him, “The minimum temperature can reach 5 to 6 degrees Celsius around 10 December, which is usually seen after 20 December. And the daytime temperature will also start falling in the month of December only in early December. “

On Friday, the lowest minimum temperature in the month of November (7.5 degrees) was recorded in Delhi during the last 14 years.

Also Read:  Relief from heatwave? Here's how the weather will be this week

However, it increased slightly on Saturday and the minimum temperature was one degree higher, ie, 8.5 degrees Celsius.

However, on Saturday, the maximum temperature was recorded at 24.6 degrees.

When global conditions like La Nina are prevailing, there is a tendency for regions under northwest India to get colder,” said VK Soni of IMD’s environment monitoring research centre.

Soni added that at present, the dip in mercury is accompanied by strong winds that helps in blowing away pollutants but after November 23, wind speed is likely to reduce and trigger a deterioration in air quality.

On Saturday, average wind speed was around 16-17kmph, and the air was in the poor zone.