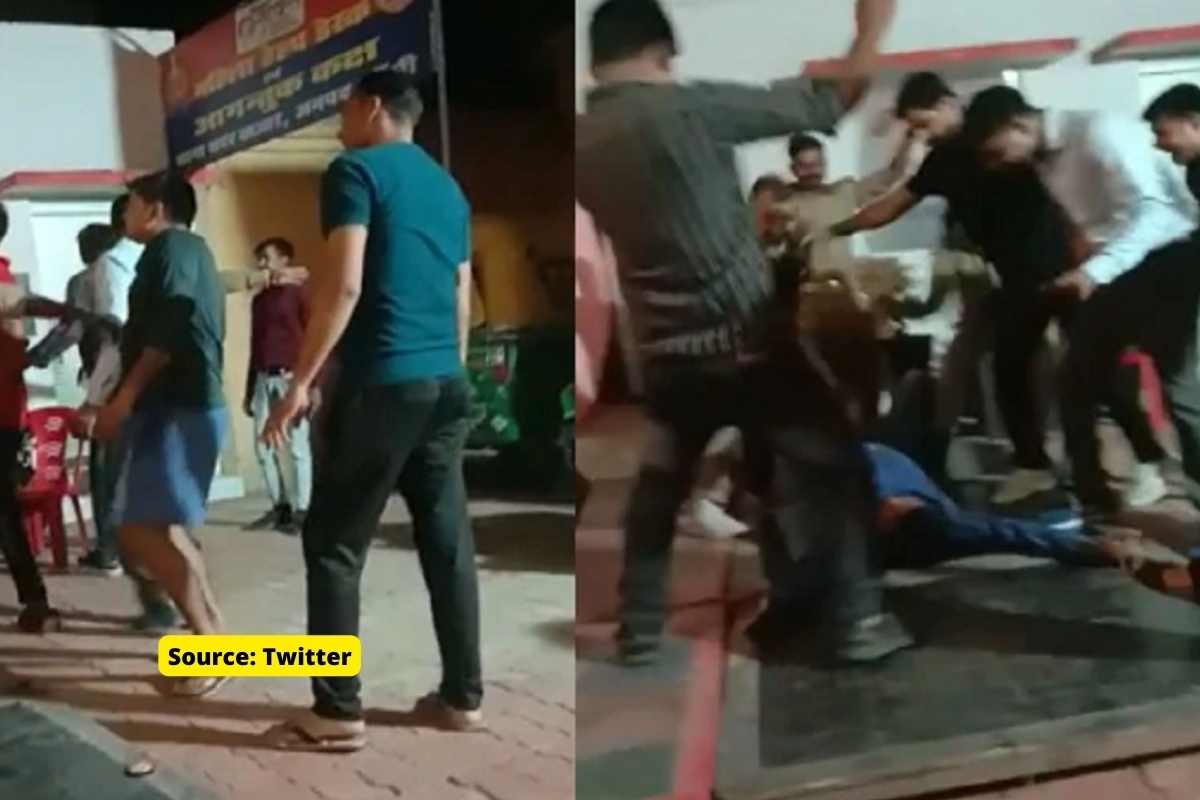 After the video of this incident went viral on social media, the SSP of Jhansi, taking cognizance of the matter, suspended 9 policemen and a inspector and put the station in-charge on the line, as well as registering an FIR in this case and starting a departmental enquiry. After the video went viral, this action again raised questions on the UP Police. Why don’t the police themselves follow the rules and regulations?

In the video viral on social media, it can be clearly seen that other people including uniformed policemen are seen dancing to the tune of disco on a DJ on a tamancha. The viral video is visible in front of the visitor room of Sadar Bazar police station in Jhansi. A soldier is seen waving a revolver while dancing to the tunes of the DJ.

Jhansi SSPC Shivhari Meena said that I gathered information as soon as I came to know about the viral video. I came to know that during the retirement program of an employee in Sadar Bazar police station, DJ was being played by his family members in the police station premises. During that time some constables and sub-inspectors danced, in which the weapon was also demonstrated, taking cognizance of which the weapon of the employee was confiscated. Also, a departmental inquiry has been started by registering an FIR.