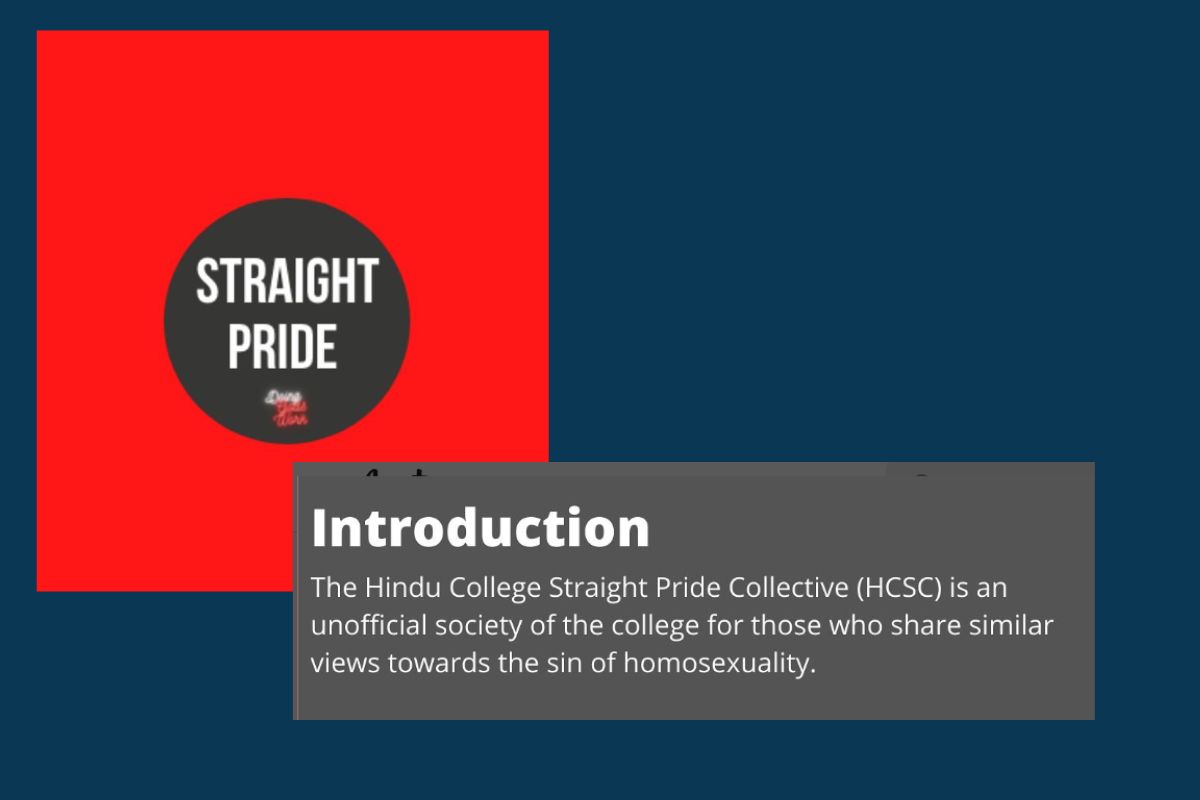 In Delhi’s Hindu College, 6 people have formed a homophobic organization that is spreading hatred against the queer community in this college. An organization that calls itself ‘Hindu College Straight Pride Collective’ (HCSPC), considers homosexuality a sin and is asking people with similar views to come together. It claims to be associated with the right-wing … Read more