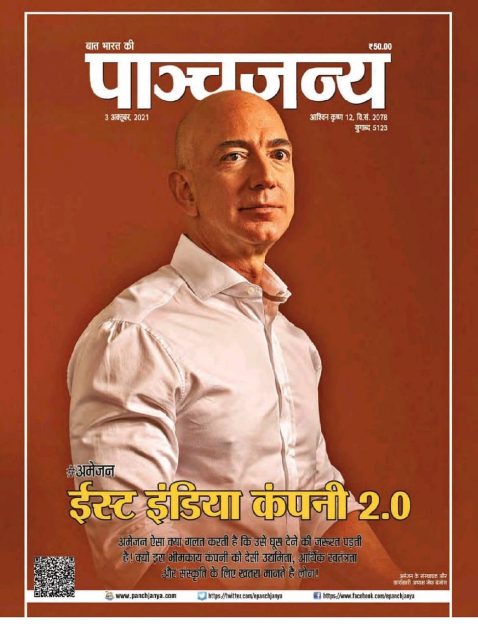 Ground Report | New Delhi: Amazon befitting reply to Panchjanya; The mouthpiece of Hindu organization Rashtriya Swayamsevak Sangh has opened a front against e-commerce company Amazon. Panchjanya has accused Amazon of paying bribes to establish a monopoly on the Indian market. The magazine has lashed out at the company, calling it the second incarnation of … Read more