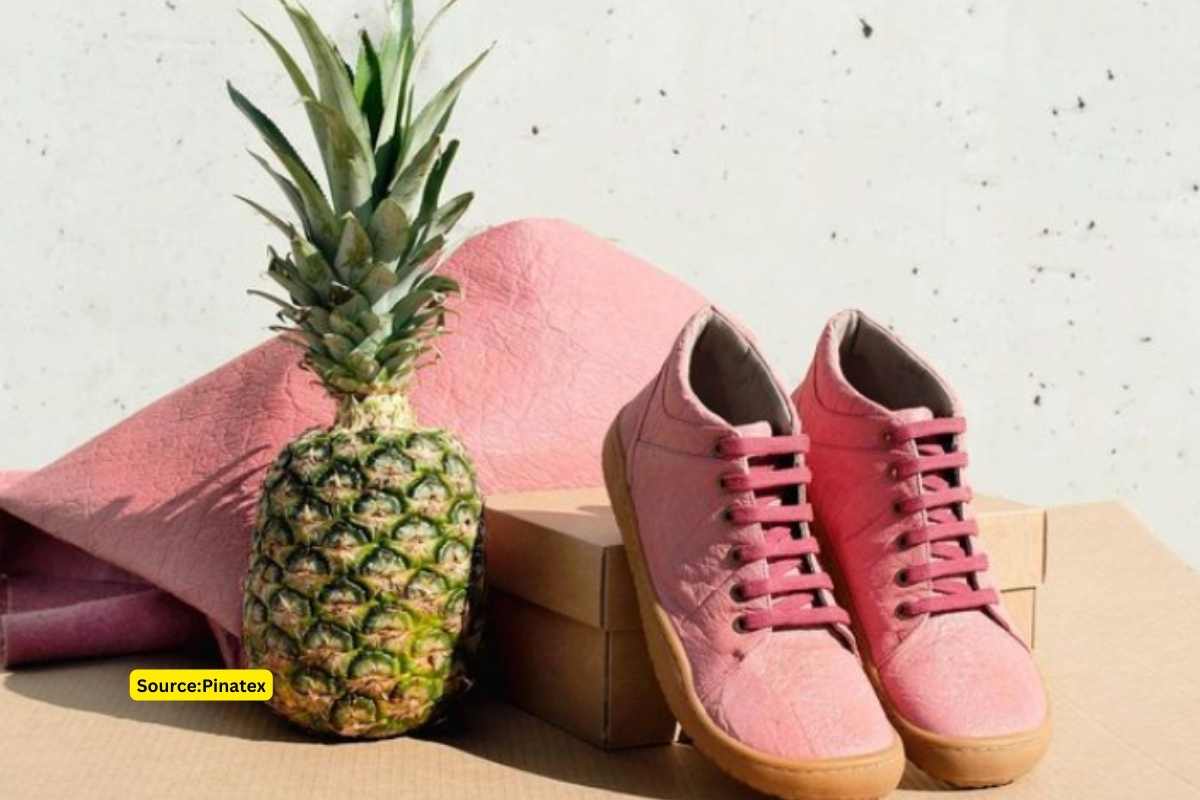 Pineapples are a tropical juicy fruit cultivated in humid tropical regions like India, China, the Philippines, etc. The Philippines is the third largest producer of pineapples globally. The scrapping of the pineapple leaves gives out the strong, white, silky fiber which is called Piña. Textiles from these fibers have been in use for many decades in the Philippines.

Another product is the Piñatex, which is vegan leather made from pineapple leaves. One of the most significant advancements in environmentally friendly materials in recent years is the creation of vegan leather.

Piñtex was designed by Dr. Carmen Hijosa who was shocked at the environmental impact of mass leather production and chemical tanning. She was motivated to find a leather substitute that could be produced commercially, have a positive social and economic impact, and leaves a small environmental footprint over the course of its lifetime.

This is how Piñtex came into being. And, Carmen founded Ananas Anam which is a Philippines-based company that turns pineapple leaves into durable leather and produces Piñtex.

Around 13 million tonnes of waste is generated from global pineapple agriculture every year. Ananas Aman’s goal is to utilize the by-products of the fruit industry which are usually discarded and burned. Then, turn them into Piñatex. After harvest, long fibers are mechanically taken from the leaves and allowed to naturally dry until they resemble fluff. This is then processed to create a non-woven mesh, which serves as the foundation for Piatex, by combining it with a corn-based polylactic acid. Importantly, 480 pineapple leaves make up one square meter of Piñatex.

According to Ananas Aman, each line meter of Piñatex prevents the equivalent of 12 kg CO2 from being emitted.

Read more: “Piñatex”- A Journey from Fiber to Faux Leather

Unlike conventional leather which requires animal skins and hides, Piñatex is made from waste from pineapple harvests. According to PETA, leather making requires massive amounts of energy and toxins such as oils, dyes, coal tar, and cyanide. Therefore, About 20 stages and 250 chemicals are used in the tanning process, which is quite harmful to both people, animals, and the environment.

Piatex, a textile derived from naturally occurring waste, uses little water and produces little waste. Hence, it tackles these problems. Additionally, it is free of animal products and dangerous toxins.