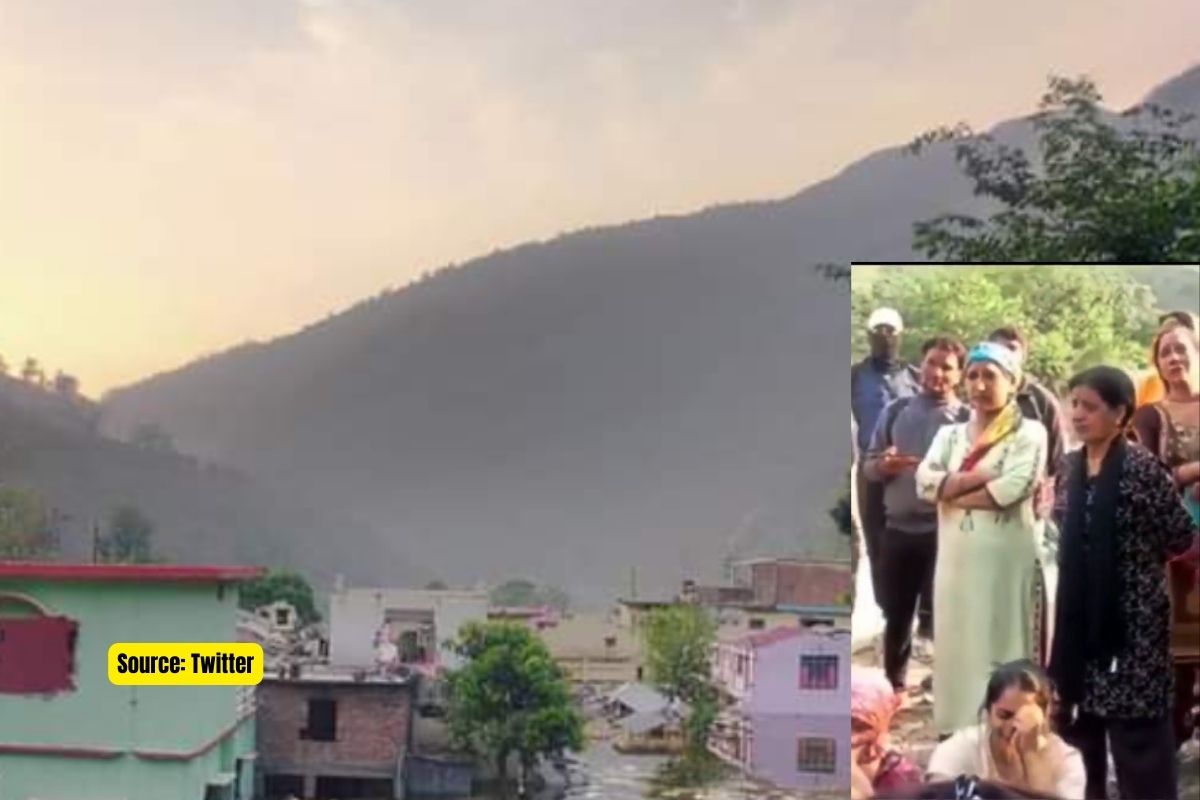 Read this in HINDI: Another village in Uttarakhand, Lohari submerged in water due to developmental project. In order to meet the thirst and drinking water demands of the people living in the plains of India, the hilly areas are being continuously sacrificing their lives. We have seen how many villages submerged in water due to Tihri Dam, now more than six villages of Uttarakhand are going to lost their homes due to another hydro power project Lakhwar-Vyasi, which is considered as the biggest dam on Yamuna river.

Lohari, a small village of 90 families, located 60 km far from Dehradun, Capital of Uttrakhand. The people of this village were ordered by the government to vacate their old houses within 48 hours. The pictures and videos that are coming out are heart breaking. Villagers vacating their dream homes where they have spent years, their farms their cow shelters, everything is drowning in the water. Government has arranged temporary shelters for them, and saying that they will be compensated for their loss. But vacating a ancestral land is not easy. Lots of memories are associated with the place.

The compelled people had to leave their homes and go to the nearby temporary places. They started demolishing their own houses even before the government bulldozers arrived. Everyone started packing essentials. They were teary when they looked at their house drowning into water.

The foundation stone of Lakhwar Vyasi Hydel Power Project was laid many years back to generate 420 MW of electricity. In 1992, it faced many hurdles, after which it was restarted in 2014 by giving all the clearances. It was completed in 2022 and now it was just waiting for the evacuation of Lohari village where people were not ready to leave their lands.

The villagers say that they would have gone but they wanted land for land. Which the government does not want to give. What will we do with the money?

In the agreement made in 1972, it was written that the government would give land for land, but in 2021, the Uttarakhand government overturned this. The reason for it was told that if land is given to the people of Lohari, then other displaced people will also ask for land. It is not possible for government to fulfill this demand.

According to the law, if land is taken from Scheduled Castes and Tribal people for any irrigation project, then they will have to give the land in lieu of it. but that did not happen.

This is the biggest dam project on Yamuna. Its purpose is to generate electricity as well as to supply water to the surrounding states in summer. Many environmental risks were ignored in the clearance of the project, as is often the case. Many displaced people have not received compensation till date.

The arrangement for settling them elsewhere is also not proper. Many people displaced due to Tehri Dam still claim that they have not received compensation. Due to this project, not only humans but also aquatic life has been affected.

According to the claims in support of this project, it will be able to provide clean drinking water to 5 states. Especially to Delhi. 450 MW electricity will fulfill increasing demand of electricity in urban areas.

A total of 334 families of 6 villages including 90 families of Lohari have been displaced by this project. The district administration says that they are making all proper arrangements. Everyone will be given proper compensation, and the amount has been deposited in the accounts of many.

The people of Lohari had refused to vacate their village. They also protested the move. The officers who came to survey the house for compensation were not allowed to enter their houses. Nevertheless, by taking measurements from outside, these officers completed the survey of compensation.

They struggled to save their land, but no one heard their voices.