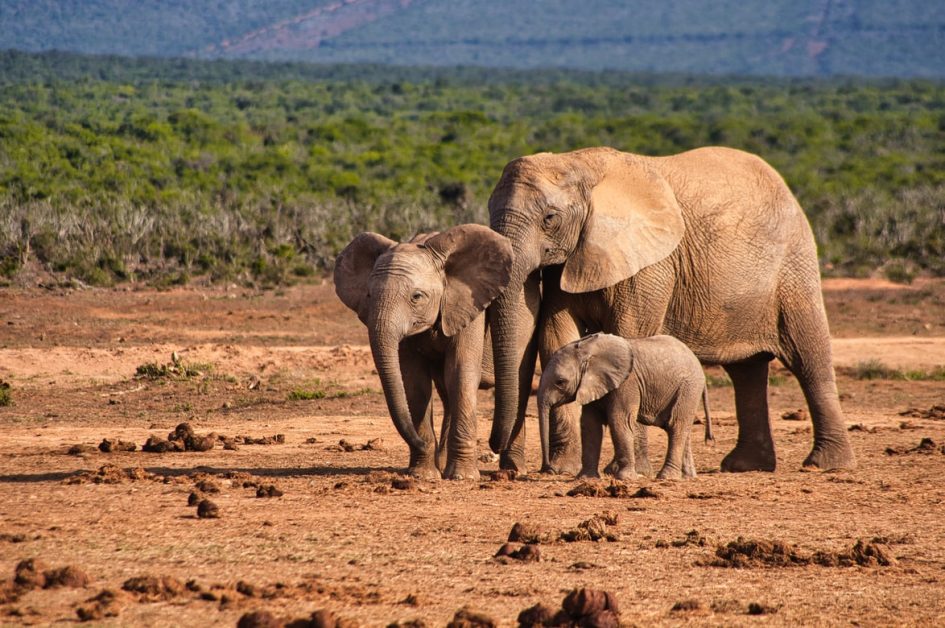 Ground Report | New Delhi: Sixth mass extinction; A study by biologists from the University of Hawaii at Manoa and the National Museum of Natural History in Paris ensures in a study published in ‘Biological Reviews’ that the sixth mass extinction of planet Earth, which previously suffered five, is already underway.

Experts warn that this sixth mass extinction of planet Earth that is already underway has been caused entirely by human beings and their activities, recalling that the five previous extinctions of biodiversity were caused by natural phenomena.

What does the sixth mass extinction mean?

Extinction is part of life, and animals and plants disappear all the time. About 98% of all organisms that have ever existed on our planet are now extinct. When a species becomes extinct, its role in the ecosystem is usually taken over by new or existing species. The ‘normal’ extinction rate for Earth is often thought to be between 0.1 and 1 species per 10,000 species per 100 years. This is known as the background rate of extinction.

A mass extinction event is when species disappear much faster than they are replaced. This is generally defined as about 75% of the world’s species being lost in a ‘short’ geological time frame: less than 2.8 million years.

The study has extrapolated the data obtained from land snails and slugs and maintains that since the year 1500 the Earth could already have lost a staggering number of 150,000 to 260,000 species, which would mean between 7.5 and 13 % of its two million known species.

What there is no evidence of is that this crisis is affecting the oceans to the same extent as the land surface. Robert Cowie: “We are witnessing the beginning of the Sixth Mass Extinction in the history of the Earth” “In effect, we are witnessing the start of the Sixth Mass Extinction in Earth’s history, ” said Robert Cowie, lead author of the study and research professor at UH Manoa Pacific Biosciences.

A great die-off is underway

Despite evidence suggesting that this grim phenomenon is unfolding all around us, there are those who do not believe the scientific evidence. For this reason, the authors of the new study dedicate part of it to highlighting the problems of current denialism.

“Dramatic increases in species extinction rates and declines in abundance of many animal and plant populations are well documented, but some deny that these phenomena amount to mass extinction,” bioscientist Robert Cowie said.

According to scientists, many of the efforts of conservationists, including on the International Union for Conservation of Nature’s (IUCN) esteemed Red List of Threatened Species – one of the world’s most important records of species extinction – have a clear bias towards vertebrate animals in discussions of biodiversity loss, focusing on birds, mammals, and amphibians, and not the overwhelming decline of invertebrate creatures.

“The Red List is highly biased,” Cowie and colleagues write in their article. “This denial is based on a skewed view of the crisis that focuses on mammals and birds and ignores invertebrates, which of course make up the vast majority of biodiversity,” he added.

According to the IUCN count, since the year 1500, approximately 1.5% of the species of mammals and birds evaluated have become extinct.

Scientists estimate that up to 13% of all invertebrate species (snails, slugs…) may have become extinct in the last 500 years; that is, of the approximately two million known species, between 150,000 and 260,000 species have become extinct if we speak of absolute numbers.

Although more and more marine species are threatened, the crisis affecting the seas and oceans is not as serious as the one affecting land, where insular species are being more affected than continental ones.

They warn that, right now, we have a responsibility to take action to prevent a catastrophic decline in biodiversity. “We are not just another species that evolve in the face of external influences. On the contrary, we are the only species that has a conscious choice regarding our future and that of the Earth’s biodiversity, ”they explain. And we are the only species with the ability to manipulate the biosphere on such a large scale.

“Denying the crisis, accepting it without reacting or even encouraging it constitutes a derogation from the common responsibility of humanity and paves the way for the Earth to continue on its sad trajectory towards a Sixth Mass Extinction,” the authors conclude.

Food crisis: “I think the first thing we’ll see is our food supply starting to shrink dramatically, as so much of our food relies on pollination,” says Corey Bradshaw, professor of global ecology at Flinders University in Australia. del Sur, which uses mathematical models to show the interaction between humans and ecosystems.

Flooding: Soil quality is also expected to deteriorate if critical microorganisms die. Although they are underrepresented in the data, some researchers believe they may be disappearing at a faster rate than other species. Their disappearance could aggravate erosion, which in turn would lead to more flooding, as well as lower fertility, which in turn would affect crop growth.

changes in the weather: The Food and Agriculture Organization of the United Nations estimates that as of 2015 some 10 million hectares of forest were cleared per year. As forests recede, rainfall patterns are likely to change as evapotranspiration – the process in which moisture is returned to the atmosphere through evaporation and transpiration from plants – is affected, drying, even more, the landscape. With the loss of trees and vegetation, climate change is expected to worsen, triggering more extreme weather events. Drier conditions and unhealthy forests also increase the risk of wildfires. What’s more,

More pandemics, much more deadly: Researchers warn that biodiversity loss could lead to a higher risk of pandemics, as wild animals and humans come into closer contact through habitat fragmentation and alteration of habitats. natural systems. An example is cited of the 2014 Ebola outbreak in West Africa, which is believed to have been caused by children playing in a hollow tree filled with bats.

Water scarcity: Much of the world’s freshwater comes from wetlands that purify and redistribute this source of life. For example, the Himalayan water tower, which is fed by rivers and wetlands, supplies about two billion people. If systems like these collapse, as a result of impacts including algal blooms and receding vegetation, humanity could lose a lot of water for drinking and agricultural use.