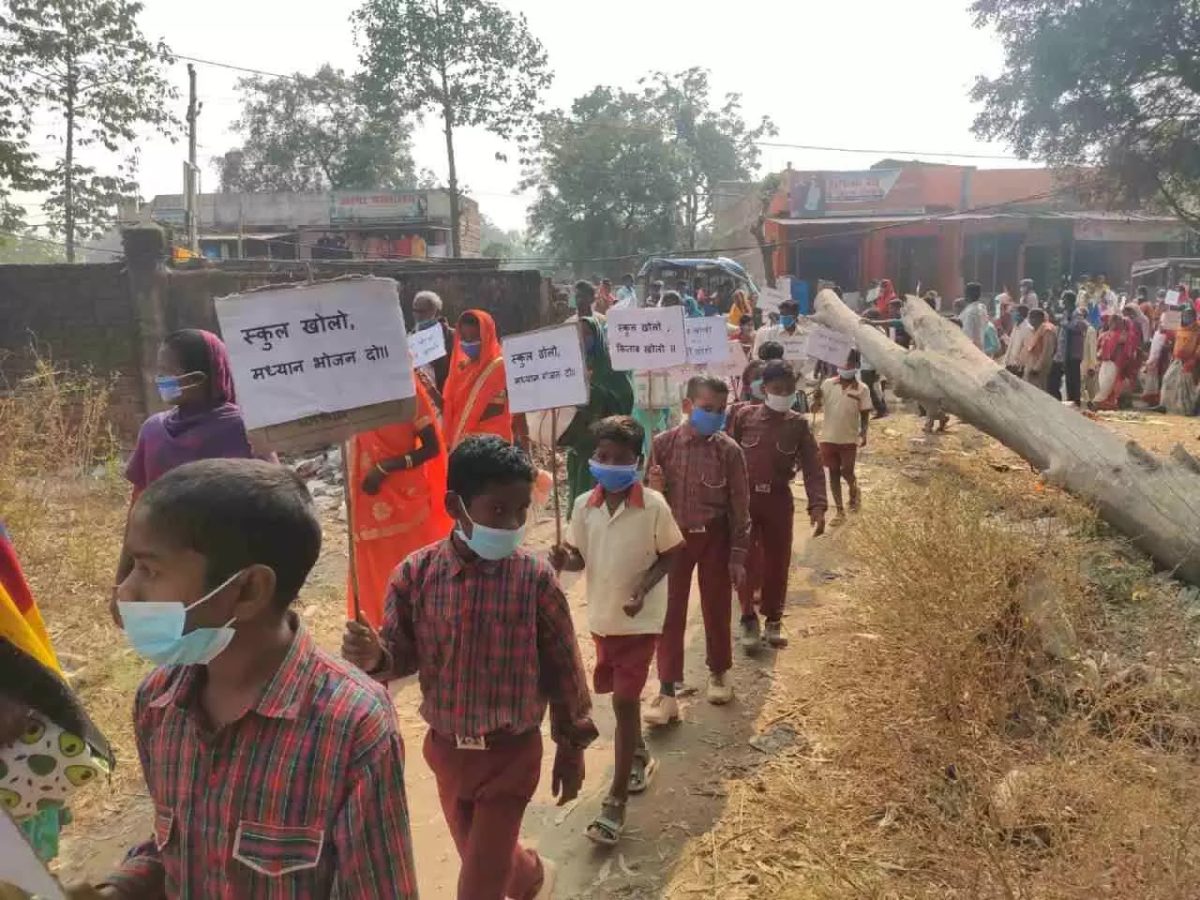 Ground Report | New Delhi: School Kholo Protest of Tribal; Hundreds of children and their parents took out a demonstration rally to the block office at Manika in Latehar district in Jharkhand collaborating in ‘School Kholo’ protest

The rally was organized by the Gram Swaraj Mazdoor Sangh (GSMS), a local organization of rural workers.

Jharkhand government in September said that only 35 percent students benefited from online content provided on WhatsApp, Doordarshan and radio. It said the learning material “has been shared for over a year through 47,000 WhatsApp groups created at all levels, covering around 13 lakh students”. There are 37 lakh students enrolled in classes 1-8. But kids like Amita are not part of this number, Indian Express reported.

This is in line with the findings of the Online and Offline Learning (‘School’) survey of school children conducted in 15 states earlier this year: the survey found that in poor rural households, only 25% of children enrolled in Class 3 Only the children were capable to read a simple sentence.

In Manika the parents feel angry and helpless. Most of them cannot afford private tuition for their children. They want schools to open as soon as possible. According to the GSMS press release, “If crowds are allowed in markets, wedding parties and even cricket stadiums, why are schools closed.”

ALSO READ: Get ready for farmers like sacrifices: Farooq Abdullah to party work

Several participants spoke in their own words about the injustice of school closures for so long: “Our children’s future is being ruined. If our children remain illiterate, they will have no option but to earn a living by working hard in brick kilns… We cannot provide private tuition. Even 10 year olds have forgotten their A, B, C.” (School Kholo Protest of Tribal)

On the same day, a huge crowd was allowed to attend the meeting addressed by Chief Minister Hemant Soren at Daltonganj, just an hour away from Manika.

Somvati Devi, a housewife from Sadhwadih village and a member of GSMS, said: “This is a conspiracy against the poor. The elders want us to remain illiterate so that we can work in their fields and homes for a little bit of work.”