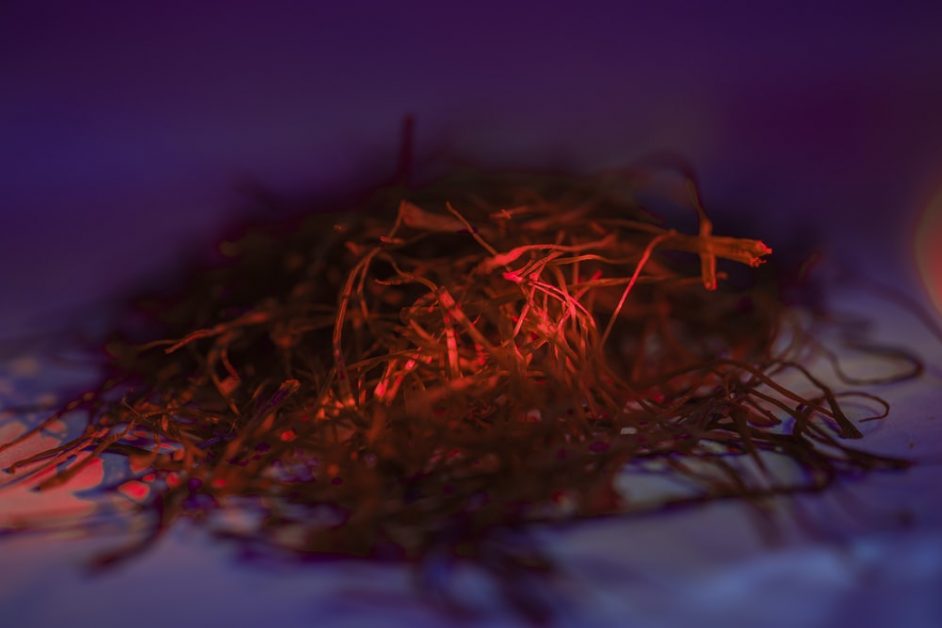 Kashmiri saffron is the most fragrant spice in the world. 90% of the world’s saffron is produced in Iran, but the fibers of the Kashmiri are thicker and more aromatic, which significantly increases its value. Kashmiri saffron is very whimsical, but 35 years ago the harvest was so large that it took farmers up to six to seven months to harvest and pack the valuable flowers known as “saffron”.

“When I was little, after harvesting, there was no free space on the land to sit down,” says Muzaffar Rashid Bhat, whose family has owned a plot of land in Pampore, South Kashmir for three generations. – On the first day of collecting flowers, we all went out into the field and sang. This was the most special day of the year. Harvesting took months, the whole family worked: parents, brothers, sisters. Now we only need 30 days. “

Muzaffar says that all winter the aroma of this spice was in the house, and the hands of all family members shone like gold from working with saffron. Ten years ago, Bhat collected 200 kg of saffron per season, 20 years ago, his parents collected twice as much. Three years ago, the harvest fell to 20 kg, and in 2016 – to 15 kg. In the past, only 7 kg were collected. The same fate befell all the farmers in Pampore.

“Red gold is turning gray” – this is how Kashmiri farmers talk about crop failures. They sell saffron at INR 250,000, or $ 3,400 per kilogram. “Ten years ago I tried to grow apples here,” says Bhat, “but there were no fruits! This land is only suitable for saffron.

Pampore starts preparing for planting saffron in April. The soil is plowed twice so that moisture can penetrate inside more easily: saffron needs a special soil – moist, rich in humus. For 50,000 rupees (about 47,000 rubles. – Approx. “Secret”), you can buy bulbs to sow 400-500 square meters. m of field. They are planted in August or September, the land is irrigated with water and left to breathe. By mid-October, flowers begin to emerge from the ground, within a month they are harvested and dried.

“The saffron flower has three parts,” says Muzaffar, a saffron merchant. – Petals – are used in medicine. Yellow fibers – they are of little use. And the red strands are pure saffron, which is what we are looking for.”

One flower gives only three red threads, and to get at least 1 g of saffron, 350 such threads are needed. For a kilogram of spice, 150,000 flowers need to be processed. Not everyone is ready to work like this: dishonest traders in the markets simply dye yellow fibers red, shape them into a bundle and sell.

Pampore, where Muzaffar lives, calls itself “the city of saffron”. The spice became popular during the era of the Mughal Empire, which settled on the continent in the 16th century. Saffron was added to golden rice with meat – biryani, lamb stew, rice pudding, and fruit sorbet. It was used as a cure for fatigue.

Despite the fact that the spice has been growing here for at least 500 years, residents use it only on special occasions – otherwise, it is too expensive. For example, it is added to milk for Ramadan or pilaf for other holidays. Saffron is also the main spice of Wazwan, a monumental 30-course traditional treat prepared for weddings.

“We know how to distinguish real saffron by smell and colour,” says Muzaffar, I wish I could use saffron more often. But which buyer will pay for it? And I will not use a fake, he complains. Saffron is not food, it is a sensation. No wonder it is worth more than gold. “

Exodus from the desert

War is not saffron’s only enemy. Global warming is also destroying it. There is less rain in the region, the soil has become dry and unsuitable for crops.

In 1997, about 16 tons of saffron were produced here. Due to severe drought in the early 2000s, the harvest fell to 0.3 tons. For 13 years, the yield increased to 9 tons per year, but in 2012 there was a flood and a lot of nutrients were washed out of the soil. Farmers say that the bulbs simply cannot grow on the affected soil. Now, the harvest was less than 10%.

According to officials at Spice Park, it can store two metric tons of flowers for 48 hours. “The process of stigma separation, scientific drying and laboratory testing, coding and e-auctions takes place here,” said an official.

The saffron available in Kashmir is of three types:

Its role is to separate the fine turmeric thread from the flowers. Each thread consists of three strands and each must be picked from the flower properly. The threads are then dried in the sun. They also need to be spread evenly at a certain thickness over the white sheet.

The strands are then preserved with a cotton cloth so that air can continue to pass through to avoid moisture build-up and rot. The family sat all night to finish.

The flowers, which bloom for a week or two around early November, are picked after sunrise. Saffron seeds are planted for about four years. Cultivators have to dig into the soil three times before the soil produces Saffron It is carried out in June, August and September. After four years, the old seeds are removed and the new ones are sown there.

In July last year, the J&K administration issued a Geographical Indication (GI) registration certificate for saffron grown in the Kashmir valley, even as saffron crops experienced a decline in production and reduced cultivated land.

Head of the Pulwama Agriculture Service Mohammad Qasim Ghani said the annual production calculated at the end of 2020 for the most expensive spices was 13.2 metric tons.

“This is the highest yield in a decade for a sector in this valley. The award for increased production goes to the Saffron National Mission launched in 2010 where root rejuvenation and sprinkler irrigation were launched, “he said.

Commenting on the functioning of the Taburan irrigation project, the officer said that out of 109 drilled wells, 57 of them are already functioning in Pulwama Regency. “We are also working on something else,” said Ghani.