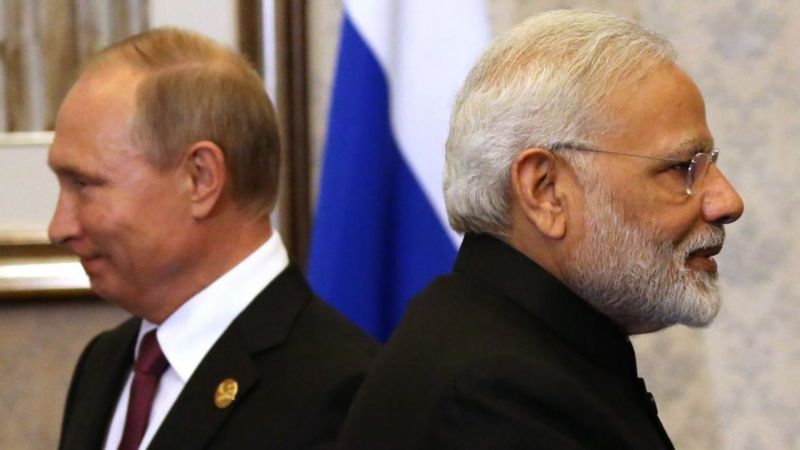 India has finally joined the list of six countries to decide on the roadmap being prepared for peace in Afghanistan. For the past six months, India has been trying continuously for this.

According to a report published in the Indian Express this new mechanism has been suggested by the US, whereas India was not included in the list of these countries in the plan suggested by Russia.

Sources have told The Indian Express that Russia, China, America, Pakistan and Iran were asked to be placed on the negotiating table in the briefing suggested by Russia in the increasing close proximity between Russia and China.

An official told the newspaper that this was done at the behest of Pakistan, which does not want India to be part of the roadmap being prepared for peace in this area. But India had been working on this for a long time and for this, all India contacted all the important characters in Afghanistan and beyond so that it could become a part of this table of negotiation.

A high official said that “our interests should be safe, in the coming months the matter will move forward.

Now being a part of this team, India hopes that it will play an important role in setting rules especially on terrorism, violence, women’s rights and democratic values.

India believes that it wants an Afghanistan-led, Afghanistan-controlled and Afghan-owned system, but the ground reality in Afghanistan has been something that has not happened here.

According to a report in Tolo News, US Secretary of State Antony Blinken sent a letter to Afghan President Ashraf Ghani and the President of the High Council for National Reconciliation, Abdullah Abdullah last week proposing the formation of a regional conference under the protection of the United Nations. was given. Under this, the foreign ministers of America, India, Russia, China, Pakistan and Iran will work together to try to improve Afghanistan.

Sources say that part of this conversation on behalf of India, Foreign Minister S.K. May be Jaishankar.

A source told the newspaper that this is the fruit of India’s long-standing diplomacy. This was discussed during the visit of former Vice President of Afghanistan Abdul Rashid Dostam to India in September last year. Then there was a discussion with former Afghanistan CEO Abdullah-Abdullah and Afghan leader Ata Mohammed in October last year.

After this, in January this year, Indian NSA Ajit Doval’s secret Afghanistan visit was also part of this effort. Where he met the leaders of Kabul.

Sources say that New Delhi’s relationship with Iran and the development strategy to connect Chabahar port to Afghanistan was also an important reason behind it.

In the weeks leading up to his letter, Blinken has called for a meeting between senior Afghan leaders and the Taliban in Turkey to discuss a plan to reduce ’90 days of violence’.