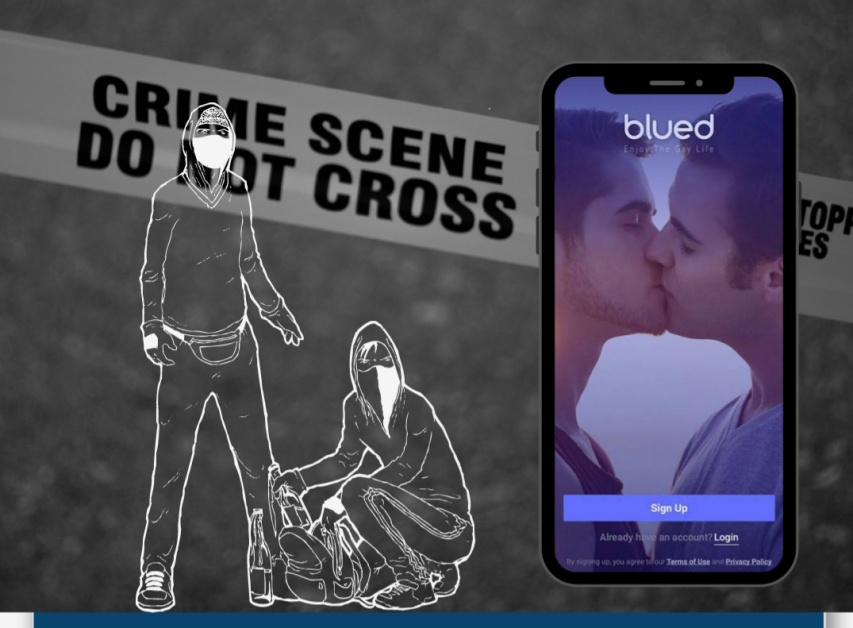 As technolgy make people’s life easy and comfortable sometimes it become tool of crime. It is upto the person how they use technology. In Noida police arrested two men accused of robbing over a dozen people after befriending them on gay dating app blued.

Following a tip-off  police laid a trap near Jaipuria Institute of Management.The accused opened fire on the police and tried to flee, so we had to retaliate. Deepanshu sustained a bullet injury in his leg while his accomplice, Amit, managed to flee. He was arrested later during a combing operation. The two men would befriend people on Blued app, a gay live chat and dating app, and later ask victims to meet them. They would usually call their victims at some secluded place and snatch their valuables and other belongings. They were also involved in various street crimes including snatching, theft and others, the two men were residents of Badalpur area in Greater Noida.

They have been booked under Indian Penal Code Section of 392 (robbery) and the Information Technology Act. They will be produced before a local court on Monday, police added.

A country-made firearm, a stolen motorcycle and nine mobile phones were recovered from their possession, police added.

Hesitancy to report the crime

Usually in such cases victims does not report the case in hesitancy. In India being gay is not easy. Though India has decriminalized homosexuality but social stigma is still there. Dating apps such as Blued, Tinder and Grindr let people find their partners. Many homosexuals did not reveal their sexuality openly, these apps let them keep it confidential. It gives them freedom to enjoy their life. Such robbery incidents will create fear among them. Cudos to UP police that they took action and arrested robbers, it will give sense of relief to people.

Be aware of frauds

While using such apps, it is very important to check if person is real or not. Identify person first, make sure that ID is not fake.