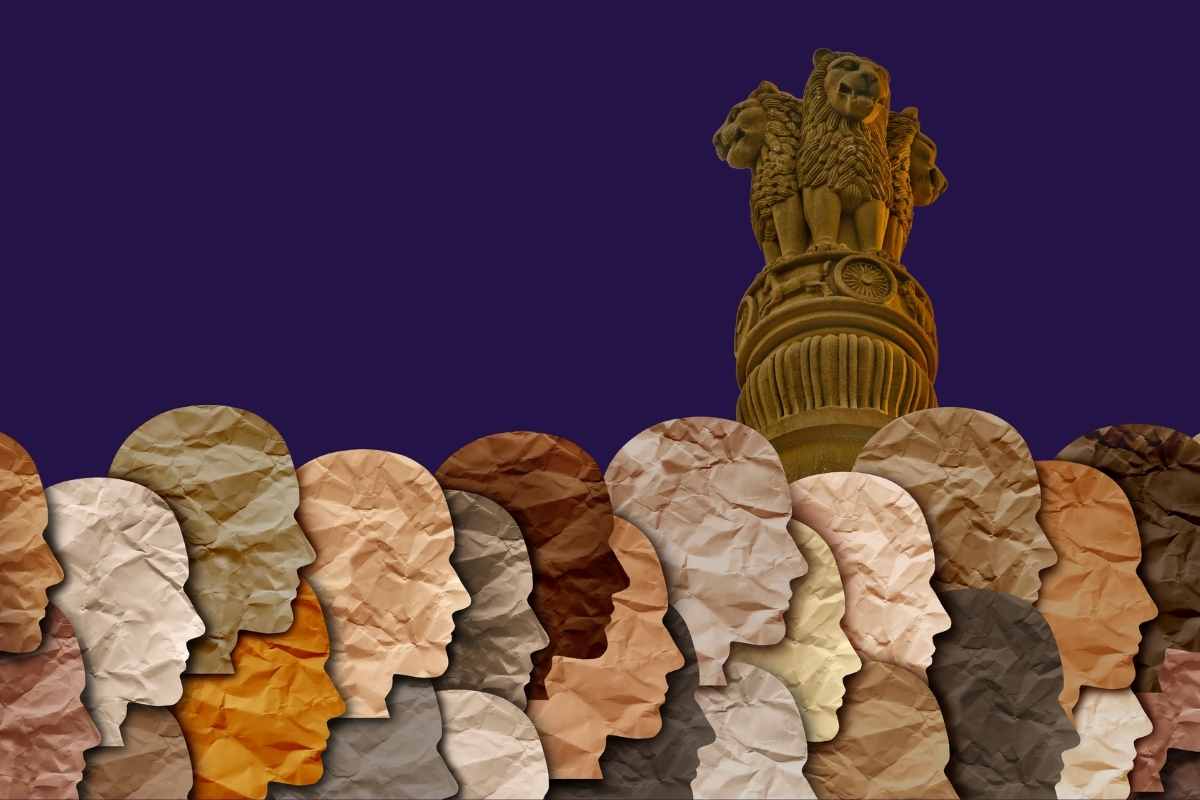 In February 2022, a Dalit IPS officer had to seek police protection in order to ride a horse to his own wedding celebrations because people from the ‘upper castes’ won’t digest such a display of pride by someone they deem inherently beneath themselves. The operative keyword in this incident is ‘Dalit’. While people born with ascribed identity privileges in terms of class and caste, incessantly challenge the presence of caste-based discrimination in this country because they claim to have one Dalit friend: A civil servant, one of the most prestigious occupations of this country, opted for police protection over faith in his profession. Owing all of it to the societal position his caste holds. This is one of the many incidents, we see, hear and witness on a daily basis. Then why do people refuse to understand the gravity of Reservation?

Caste is possibly the most difficult aspect of Indian society to comprehend. As defined by Blunt (1946), it is a collection of endogamous groups whose membership is hereditary and who bear a common name, follow a common occupation and claim a common origin. Indian society is marked by a high level of structural inequality and discrimination, which is based on the beliefs of the Indian caste system, which is founded on the ideas of purity and contamination, with the unequal and hierarchical assignment of economic and civil rights given by birth.

According to Hindu literature, ‘Jatis’ in the three highest Varnas in the hierarchy—Brahmins, Kshatriyas, and Vaisyas—are deemed “twice-born,” allowing them to partake in Hindu ceremonies and being considered more “pure” than Sudras and “polluting” untouchables. The interplay between members of various castes is governed by this concept of contamination versus purity and an upper-caste Hindu considers the touch of an untouchable defiling.

Outside of this fold are the Ati Shudras, also known as the ‘Untouchables’, who are forced to perform the most ‘polluted’ and menial work (Ambedkar, 1989). As a result, the dichotomy of purity and pollution in occupation is an important distinction between upper and lower castes. Despite the fact that the reservation system was established during British rule as a result of social reform initiatives that arose concurrently with the independence movement. Reservation is intended to boost the representation of Scheduled Castes in order to improve their socio-economic condition and bring about social equality among different communities by improving their standard of living, literacy, and political representation.

Reservation policy ensures that disadvantaged groups are included in educational institutions, government employment, and a fixed number of seats in the Union Parliament and State Legislative Assemblies. The Indian Constitution, which came into effect on January 26, 1950, outlawed caste-based discrimination and abolished the practice of untouchability. The Union and state governments made special provisions for the advancement of socially and educationally backward citizens, as well as the Scheduled Castes (SC) and Scheduled Tribes (ST).

The reservation policy began in colonial India in 1909 with the announcement of the “Morley-Minto Reforms,” and was furthered by the Government of India Act of 1935. With the publication of India’s constitution in 1950, the government’s momentum and constitutional sanctity grew even stronger. Reservation policy has been a contentious subject in India since 1990, not only in parliament and state legislatures but also in the public arena.

Higher education in India has expanded rapidly in the past thirty years, and yet it remains far behind in addressing issues of caste and equity (Tilak, 2013). Despite significant improvements in literacy and education among Dalits over the last half-century, they still lag behind the national average. Kumar (2016) points out that Scheduled Caste (SC) and Scheduled Tribe (ST) students account for only 13.5 and 4% of total students in higher education, (Scheduled Tribes were not permitted to be part of “civilized” society and had to reside only in the forests: currently, they make up  7.5 percent of the Indian population and their presence and social hierarchy varies by region). Despite the process of reservation, the caste structure of professors at public universities exhibits similar inequalities. Thus, the Indian universities / Higher education system lacks diversity and is inherently an exclusive and elitist machinery

In India, the reservation program claims to combat caste discrimination by promoting equality through economic and educational possibilities. Equal opportunities, on the other hand, do not always imply equality.

Education is still one of the most powerful weapons for disseminating and perpetuating oppressive views. Education instills the legitimacy of oppression in the oppressed, whether it be Brahmanical control over Vedic knowledge or colonial acceptance of English education as a superior type of knowledge. The traditional educational system suffers from a condition known as ‘narration sickness,’ as described by Paolo Freire. A teacher usually narrates/implants knowledge on the patient, silent, objectified students in this method of delivering knowledge. The social identities entrenched in caste that transit across classrooms present problems to an egalitarian pedagogy. Institutions should attempt to give feasible solutions to develop an alternative, emancipatory pedagogy by integrating education with the nexus of exclusionary networks.

Existing prejudices and stereotypes do not transcend the halls of elite institutions. The relationship between habit and individual choice does not change without a candid debate about structural constraints (in this case, caste as a structure). When one becomes a member of a class embraced by educational institutions, caste awareness takes center stage. What is lacking in educational institutions is training both within and outside the classroom to overcome structural hurdles to community building. Students make key decisions regarding friendships, professions, and even love lives through the lens of caste. Reservation plays an essential part in establishing such consciousness, as higher caste pupils believe that the reservation policy is responsible for the social mobility of ‘inefficient’ people.

Caste is viewed as a cultural feature rather than a structural flaw. The upper caste population does not consider the caste system to be inherently flawed. Instead, they find the concept of the reservation to be problematic. Their debates focus solely on the quota system and its consequences, ignoring the nuances of existing caste prejudice, untouchability, and societal inequities. The fact that upper-caste students display their agency as sympathizers with lower castes or as anti-reservationists, or both, makes it both interesting and complex. Lower caste students, on the other hand, strive to integrate into the university community and prosper, but they are continually reminded of their assigned identities. Even as access to higher education grows, equity and equality remain uncertain.