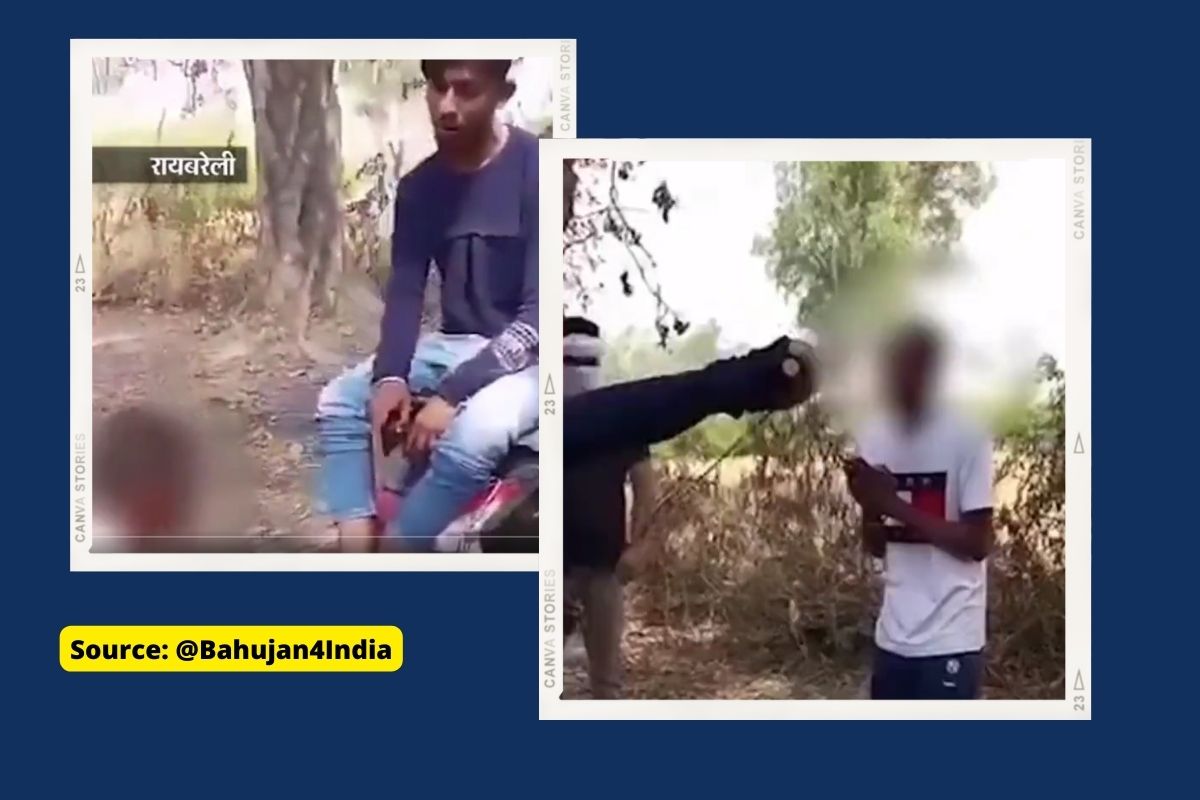 A video of Jagatpur, Rae Bareli, Uttar Pradesh is viral in which a Dalit child is being forced to lick the feet of Upper caste Bullies. First, the child is beaten up and then the upper caste boy forced him to lick his feet. This child had gone to these people to ask for the wage of her laborer mother. It tells how Dalits are still treated badly by the upper caste people.

Rae Bareli SP, Shlok Kumar said the main accused in this case is a minor and has been sent to a juvenile home, while six others, identified as Abhishek, Vikas Pasi, Mahendra Kumar, Hrithik Singh, Aman Singh, and Yash Pratap are adults and they have been arrested.

Dalits are still being discriminated in the country. Some people do claim that after the implementation of the reservation, all is well. But even today, Dalits are victims of social exploitation. In this video, those who are troubling that child are also very young. It makes us think that the poison of caste which has been in the people for years is getting transferred to the next generation also. This incident shows that even today children are facing the same discrimination in society as Babasaheb Ambedkar had once faced in his school life.

BJP MP from Rae Bareli has not yet commented on this video.