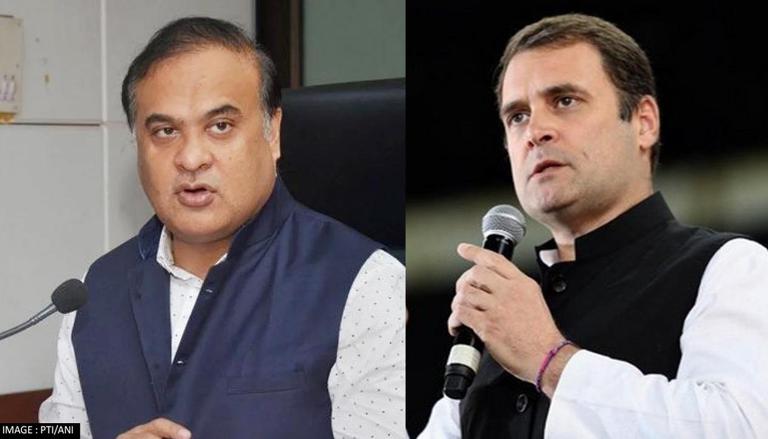 Himanta Biswa Sarma attacks Congress leader Rahul Gandhi, calling him a “modern-day Jinnah”. Sarma had yesterday criticized Mr Gandhi for seeking evidence of a surgical strike by India in Pakistani territory. “Have we ever asked you if you are really the son of Rajiv Gandhi?” He was speaking at a BJP election rally in Uttarakhand. Now, explaining his barbarism against the Congress leader, the Chief Minister of Assam has compared Gandhi to Muhammad Ali Jinnah, the founder of Pakistan.

Mr Sarma said that Rahul Gandhi’s language and rhetoric was similar to that of Mr Jinnah before 1947. “In a way, Rahul Gandhi is the Jinnah of the modern age,” he added.

On Saturday, Telangana Chief Minister K Chandrashekhar Rao had asked questions to PM Modi while criticizing the Chief Minister of Assam. KCR had said, “Prime Minister Modi ji, is this the culture of BJP? Is this our Hindu religion? Is this the limit of our country? Your Chief Minister is asking who was born from whose father. My head is bowing in shame. My eyes are getting water. This is not a good thing.”

KCR said, “This is not a good thing for the country. Can your Chief Minister ask about an MP from whose father he was born? Is this our culture? Is this what we have been taught from Mahabharata, Ramayana, Geeta and Vedas? You are dirty people, earning votes in the name of Hindu religion by selling it. Nadda ji, is this our culture? If you believe in religion, then sack that chief minister. Can there be such a Chief Minister in the country? Tolerance also has a limit.

Himanta Biswa Sarma had joined BJP in 2015 from Congress itself. Sarma keeps criticizing Rahul Gandhi on social media every day. In 2018, KCR also called Rahul Gandhi the biggest idiot of the country.