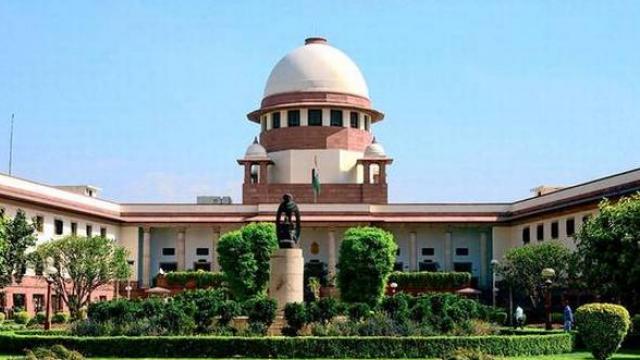 In the case of not ensuring the supply of medical oxygen for covid patients, the Delhi High Court sent a notice of contempt to the Central Government.

The Central Government went against this notice to the Supreme Court and its hearing was conducted by a bench headed by Justice D Y Chandrachud.

Justice Shah also said that there is no dispute that people have lost their lives without oxygen and this is not an emergency. But what is the plan for this?

“Initially 5000 metric tons of oxygen was available,” said SG. It also included industrial oxygen. Earlier there was not much demand for medical oxygen. We stopped the use of industrial oxygen and many people got help in it. But now the question is about the distribution of oxygen in the states.”

Justice Chandrachud asked that what arrangements will be made for the supply of 700 metric tons of oxygen in Delhi from today to Monday.

On May 4, the Delhi High Court issued a show cause notice to the Center for contempt of the court regarding the lack of medical oxygen supply in Delhi hospitals. Now the central government has reached the Supreme Court to challenge the show cause notice of the High Court.

Solicitor General Tushar Mehta has said on behalf of the Central Government that it is unfortunate that while we are trying our best in the covid epidemic, the Delhi High Court has given a notice of contempt against us. The Supreme Court can hear this case today.

The Delhi High Court had on Tuesday issued a show cause notice to the Center asking why it should start a contempt of court.

The High Court has also said that the Supreme Court had also ordered the government to deal with the problem of supply of oxygen to hospitals in Delhi on May 2.

The High Court had told the Center that you can hide the neck like an ostrich in the sand but we will not do so.