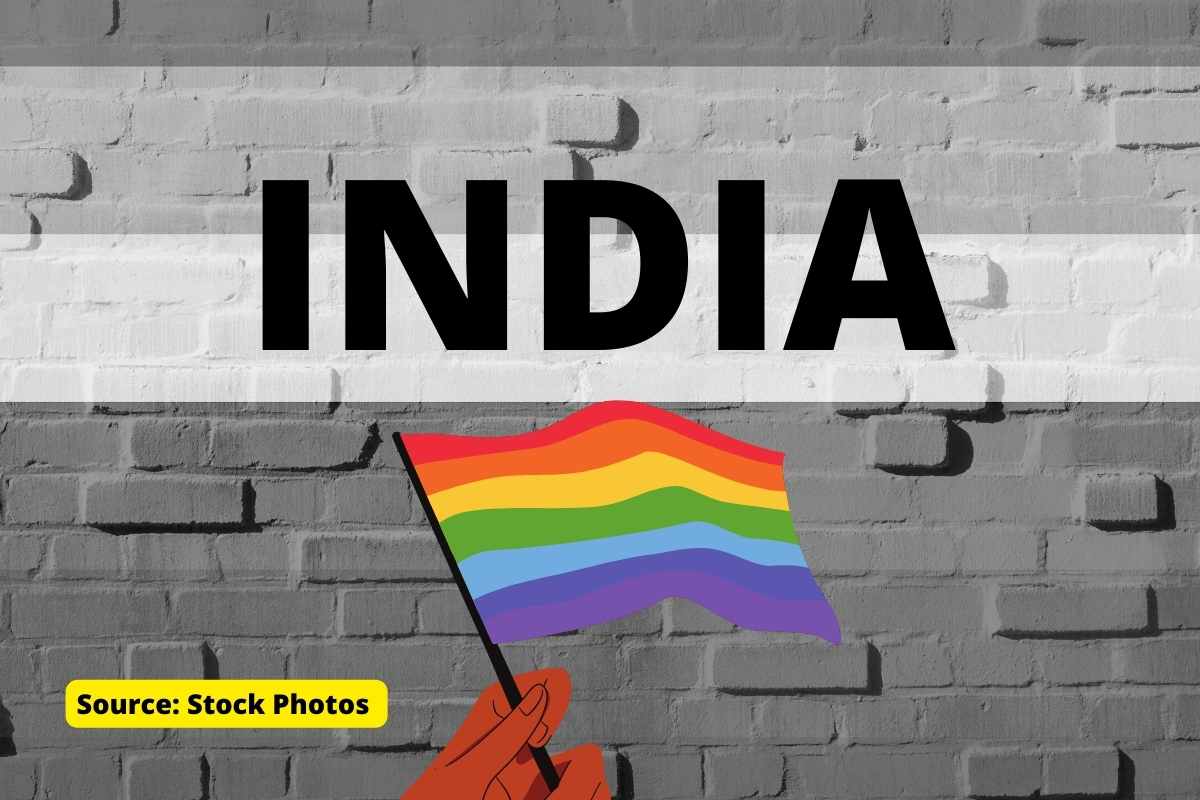 Sexuality across time and space has been seen through a lens of “biology” irrespective of the context. This association has led to a narrow and skewered perspective of the same. India is a country of diversity, home to dreams and dread alike. Just like every other aspect of one’s identity, in this nation, sexuality too is jumbled and has array of layers. The prevailing notions of sexuality present contradictory views; on one hand it is downplayed as a narrow concept that is completely disjointed from other issues of social importance and on the other hand, sexuality is labelled as a highly significant aspect that is fundamental to one’s existence and being.

Sigmund Freud popularized the idea of “sexuality-as-a-drive” , which spread across the Indian subcontinent in peculiarly Indian ways, amalgamated with the other existing social divisions of Religion, class caste among other and was used as a tool to further solidify these differences. Michel Foucault labeled sexuality as a distinguished area of study which led to the inception of various debates and categories of sexual beings. Foucault further proposes that sexuality gets consumed by the ‘Family’ and towards the mechanic of building familial groups and individuals conducive to the capitalist system. This also allowed theorists from diverse disciplines to bring forth their debates.

Sadly, India lacks such a trajectory where debates can be developed, agreed upon and refuted to establish sexuality as a concrete institutionalised idea. This lack is owed to the multiplicity of the public and private spheres of life. Anup Dhar argues that the significance attached to grand theories of the west while understanding sexuality in the Indian context can be de-stigmatized by the analogy of ‘prop roots’ which signify the emergence of alternate theories, that break free of the European theories of sexuality and politics. Sexuality at large is a socially built structure and has been influenced by regional history, it subscribes to the idea of social constructivism, thus, the notion in India and other commonwealth nations, reek of colonial influences and hangovers.

The birth of a discourse towards sexuality and the hierarchies formed, owing to modernisation, within the system is in one way or more, a juxtaposition of Eurocentric ideologies. The elaborate history of interaction between, colonies and colonisers, was followed by the self appointed responsibility of ‘civilising the savages’ by the latter. Subsequently, the notion of ‘sexual reform’ was held up to establish the ‘moral inferiority, ‘unruliness’ and ‘passionate unreason’ of the colonised society. (Levine 2006: 125)

Sexuality in India might not have a trajectory but instances and examples of people and personality ‘deviating’ from the heteronormative labels, have been present. Rani of Jhansi was a pioneering figure in the revolt of 1857 and her husband Gangadhar Rao, was presumed to be a part of the queer community. He would take part in theatre playing women’s role and dress up in feminine manner outside plays too. Gangadhar Rao, practiced the traditional days of untouchability that came with menstruation, only returning to the court after performing the ritual cleansing bath. All his indulgences came relatively easy to him owing to his status of a monarch but even then they were seen as his ‘thrills’ rather than his way of gender expression.

Arch of Identity and Independent India

The idea of independent India as a nation-state, and its construction with ethnic and racial diversity, gave rise to nationalist sentiment. When the tipping point of colonial termination arrived, India was laced with nationalist movements which were accompanied with the ideation of the nation as a woman, subsequently masculine nationalism arose which makes it essential to co-relate sexuality to the philosophy and politics of nation-state and the idea of nationalism. Theorists have failed in identifying ‘nationalism’ as a gender issue even though it acts as a breeding ground for hyper-masculinity and is essentially fatal to the feminist chain of thought.

In the post-modernist time sphere, various writers and artists spoke of sexuality in a broader light and didn’t isolate it from other ascribed and social identities. Ismat Chughtai, and Sa’adat Hasan Manto were amongst the few authors who centered their work around sex, and sexuality focused predominantly on women. Lihaf by Chugtai is a pioneering work that talks about female pleasure and sapphic indulgences in the south Asian region. Conversations were also initiated by Manto around Religion, Caste, Gender and the inter-lapping of the three especially in a tense, conflict filled environment of partition. However, the aforementioned writers have been othered and made into pariahs for bringing up issues that were stigmatised and overlooked by the larger part of the society. Furthermore, with the advent of ‘modernisation’ sexuality gained significance in terms of performance, owing to the popularity of conventional ‘manly’ behaviour which in return negates the idea that there is no necessary link between sexual prowess and sexual identity.

The trajectory of queer identities in India and its representation till date stands at a minimal level. The discourse is scattered. The innate idea of heteronormativity and its roles assigned to genders stand rigid and keep people from looking at exploring their sexual identities as a non-deviant idea. The embodiment of ‘ideal man’ or ‘ideal women’ in popular media, over the years, has been a result of the narrow patriarchal lens, where idolization of characters that adhere to prescribed roles makes people believe wholeheartedly that it is the ‘correct’ way to be.

Filmmakers like Rima Das, Neeraj Ghaywan, Mira Nair, Deepa Mehta, Shonali Bose et al in current times aim at exploring sexuality and pleasure in relation to the various situational realities that people of this nation find themselves in with respect to caste, class, place of residence, etc. despite the efforts, these cinematic discourse fail to reach the wider part because art and cinema are still associated with ‘entertainment’. The popular, widely watched movies focussed upon sexuality, reinforce stereotypes, they dehumanise the targeted community throughout its run time and reinstates the humane factor by the end, and hope it helps them in presenting self in a positive light.

There is a long and wide history of people being ostracised for owning their ‘atypical’ sexuality publicly, prime example being Amrita Shergill, prominent painter and personality, who was ‘banned’ by various members of her social group for allegedly ‘stealing husbands’. Amrita Pritam, lived life with her heart on the sleeve and was never bashful of it, the fact that a woman could be attracted to multiple people in the same life over a period of time, didn’t sit well with the traditionalists. Shakuntala Devi, the mathematician, too created quite a stir with her work on homosexuality, a book named: The World of Homosexuals in 1977, it was released at a time when homosexuality or queerness was seen as an anomaly, the book shows her human side and compassion, to know more of and about those, who are dehumanized for breaking away from the binary.

Another key aspect of sexuality and its regulation at large is the state. It dictates and establishes how one can be and not, what to do or not to do. Recently, the state has claimed their policies and judgements to be ‘progressive’ and aiding to the emancipation of queer community. Ranging from Decriminalisation of Section 377 to categorizing Hijras as the Third Gender. The implementation and repercussions of the same, however, tell a different story. The recent plea for legalizing same-sex marriages too has been claimed as an attempt to preserve class caste dichotomy even within the queer community, which results in the aping of the very heteronormative system the members of queer community aim at rejecting. The 2014 judgement, that grated official third gender recognition was followed by a commentary via Gee Imaan Semmalar pointing out the misgivings about the definition of the term, focus on bodily anatomy versus self identification, caste conflict between the community and the saffronization of the Hijra community. They write: “Should Dalits and trans people, for whom global capitalism or globalized activism can have some limited emancipatory potential, join struggles against it?” (Semmalar 2014a: 286–287) The Bill that followed the 2014 judgment led to mass dissatisfaction and upheaval in the community due to its ardent focus on bodily anatomy over one’s innate identity. The state intervenes in the lives of people vis a vis their sexuality with high claims but ends up opting for procedures to determine, label, and contain the so-called deviant subject.

Judith Butler in her pioneering work Gender Trouble argues that if one is to take Simone de Beauvoir’s edict “that one is not born, but becomes a woman” it establishes that everyone has to learn to be a woman and man. Following this discourse, she established that, thus, there lies no reason to attach ‘feminine’ qualities, to bodies that are marked female, and ‘masculine’ qualities to male bodies. Further, she came up with the idea of ‘radical discontinuity between sexed bodies and culturally constructed genders.

What has been increasingly observed is a kind of understanding of gender that leads to the problematizing of the body itself. The body is not a simple physical object made of just flesh and bone, rather a unit constructed by and extracts its meaning from its position within specific social, cultural and economic practices.

Virginia Woolf writes in her work The Waves: “I feel a thousand capacities spring up in me. I am arch, gay, languid, and melancholy by turns. I am rooted, but I flow.” It reflects how sexuality changes shape and is not rigid in how it exists in relation and relevance to self and others. The approach to sexuality in India is in muddy waters, it lacks acceptance and is laced with stereotypes and prejudice. We as a nation have a long way to go, in terms of sexuality, its exploration, the de-stigmatization, and above all to its acceptance.

More From the Author