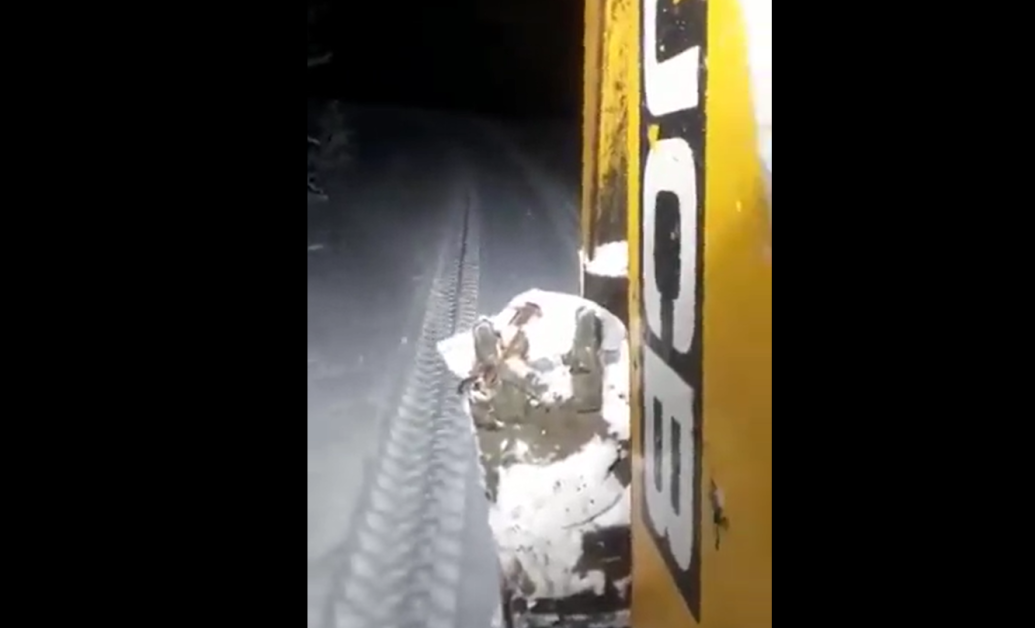 Pregnant lady in JCB: Amid massive snowfall and snow accumulation, a woman writhing with labour pain was shifted to a hospital in a JCB in the Kapran area of Verinag in Anantnag district of Jammu and Kashmir. Video of this is viral on social Media.

A woman from Trajan village in Verinag hamlet developed labour pain in the dead of night and her family members were finding it very difficult to take her to a nearby hospital due to the accumulation of snow and continuous snowfall in the area.

Officials said that the distressed family contacted PMGSY officials and the contractor of the road leading to the area namely Javaid Ahmad.

They offered light motor vehicles, the family was reluctant

“Whenever we found that no other option would work, contractor Javaid Ahmad contacted JCB driver Aarif Ahmad Sheikh of Gorinad Verinag at around 4 am,” they said.

Officials said without wasting any time, Aarif along with JCB reached Trajan and took the pregnant lady to nearby hospital in Qamar area of Verinag from where she was shifted to MCH Anantnag.

Aarif while talking with the news agency—Kashmir News Observer (KNO) said that there was heavy snow on the road and without a JCB, no other option would have worked in such a situation.

Lady is fine and has given birth to a healthy baby

“We covered around 15 kilometers while a pregnant lady and a few people sat near the driver’s seat and his relative in a bucket of the JCB to reach the hospital,” he said.

Aarif said that whenever such conditions arise, he is ready to take risks and evacuate patients of his area to hospital.

He said that on the intervening night of 5-6 January, the department received a call from Trajan and accordingly arrangements with the help of contractor Javaid Ahmad were made and the lady was safely evacuated to hospital.