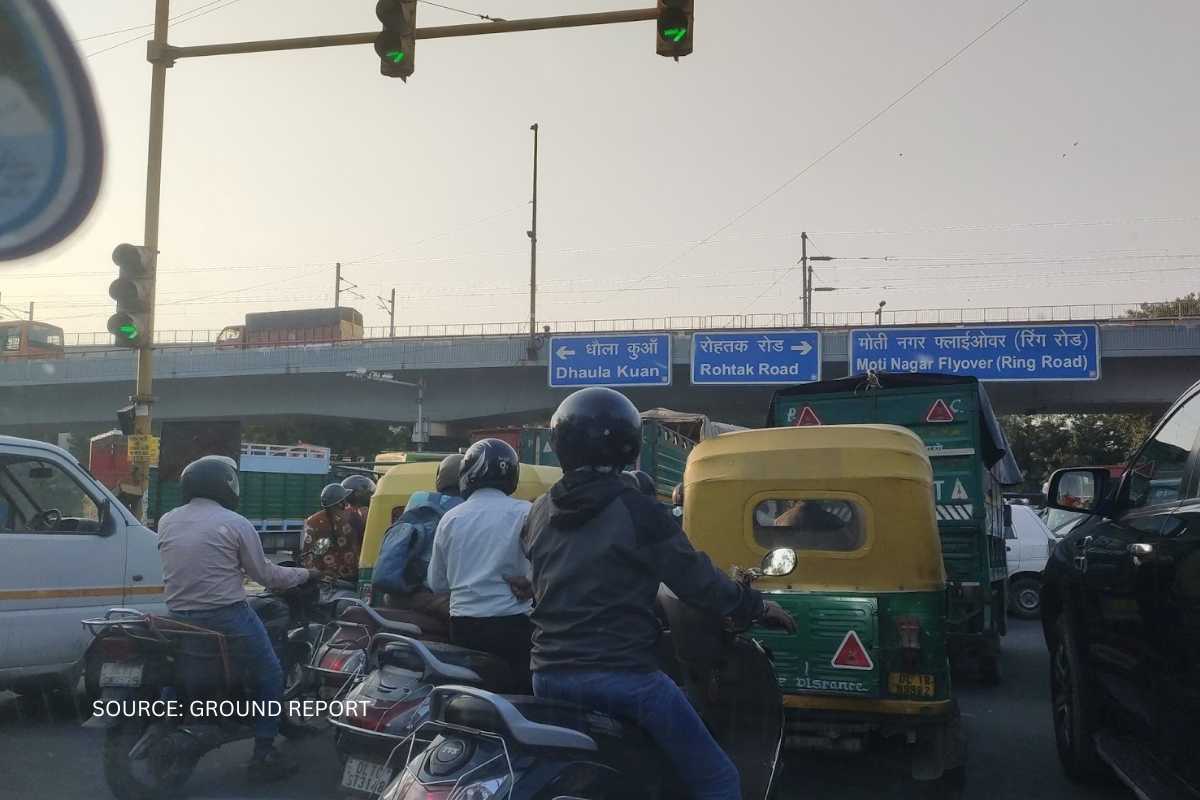 In 2017, the Delhi Pollution Control Committee (DPCC) added many new air quality monitors, every 7-8 km. Data from this dense network shows not only a very high level of pollution but also a sharp increase in pollutants. The levels of Nitrogen Dioxide (NO2) are usually present in higher than acceptable concentrations in these areas. NO2 is a respiratory irritant, that is very harmful to humans.

Read more: Delhi’s 13 hot spots where air is always polluted. Do you live in one of them?

According to Anumita Roy Choudhary, executive director of the Centre for Science and Environment, “NO2 is high in all high traffic areas and in some with industrial emissions”

Punjabi Bagh is a pollution hotspot

The data from 2018, 2019, and 2021 all include the area of Punjabi Bagh as one of the reorganized hotspots of pollution. The air quality in these places has not significantly improved despite specific action plans and aggressive patrolling by pollution control organizations. One of the identified reasons for pollution in these areas is often traffic and heavy vehicle emissions. The Punjabi Bagh area is infamous for its traffic jams. The site has an underpass bridge, flyovers, metro lines, and many shops near the residential area which is the reason for a lot of footfall. Even after such solutions to diverge traffic, the site is almost always slow and jammed.

Peeragarhi Junction is a snarl point

In attempts to not only better the road system of Delhi but also address high pollution levels in busy areas of Delhi, the Delhi Traffic Police have identified snarl points. Senior officials of DPCC also said the identification of these congestion points was important to control vehicular pollution. Vehicular pollution is the biggest source of local pollution in the national capital. One of these areas is the Peeragarhi junction. This junction is an important connecting point between Delhi, Haryana and other states. In addition, the load on the road has increased over the years.

Other projects like flyovers and, the metro system has made the junction even busier. This junction is also very close to Punjabi Bagh and is a potential contributor to the area’s high pollution levels.

Pollution of all kinds has always been a crisis in Delhi. Delhi in the list of the most polluted cities in the world has a lot to do. Over the years the government has taken a lot of decisions to tackle the problem. Some important schemes like the ‘odd and even’, ban on construction sites, etc come to mind. In recent times Delhi government has deployed water tankers to sprinkle water to settle dust as the city’s AQI levels slipped to severe levels.

Read more: Explained | What has Delhi done over the decades to combat air pollution? – The Hindu

Peeragarhi Junction as one of the busiest points also has been a point of discussion for the authorities. A new de-congestion plan is in the pipeline for the area. As part of the plan, the government is developing an integrated transit corridor.

Solutions like water tankers, and building new corridors for smooth traffic movement raise doubts. These solutions are never long-term and sustainable because Delhi’s pollution and population are ever-growing.

As the capital city with heavy migration from neighboring countries, the efforts to reduce pollution need to be coordinated. The government also needs to tackle the problem of vehicular pollution not just by private cars but also by public transport. A study by IIT Delhi’s Rahul Goel noted that although vehicular emissions contribute 25% to Delhi’s PM2.5 levels, passenger vehicles contribute just 8%, of which cars constitute 5%.

This means that if all passenger vehicles within Delhi stopped operating, PM2.5 levels would reduce by an average of 8%, but the remaining 17% is contributed by heavy freight vehicles which are not covered under the odd-even rule. Hence, the pollution in Delhi that is present all year round needs more effort and planning from all the stakeholders involved.