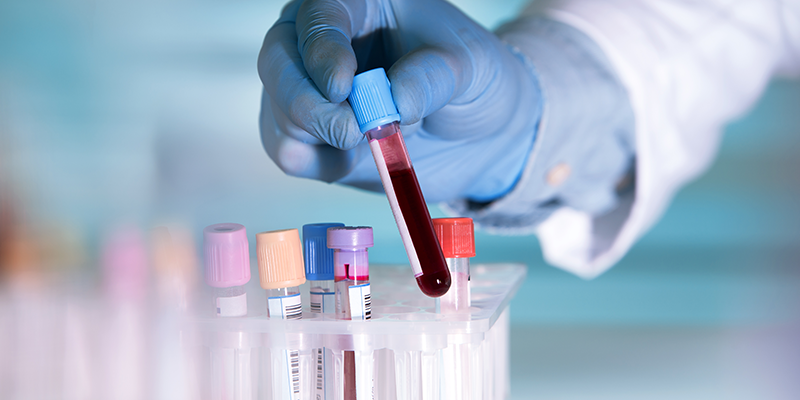 It is a right of every citizen to get best possible health facilities . It has been noticed since 2001 that, thousands of illegal Pathology laboratories are functioning in the state of Maharashtra by varied names viz, Pathology Laboratory, Clinical Laboratory, Medical laboratory etc. In these laboratories samples of blood, urine, sputum , various body fluids are collected by laboratory technicians, tests are carried out on these samples, reports are prepared and certified by these technicians and issued to the patients or doctors. Some of the technicians issue reports in the name of result analysis sheet and print some disclaimers like “Above readings are to be certified by the pathologist”, “strictly for the use of Medical Practitioners & Pathologists”, “these are not medical diagnostic results”, to confuse the implementing authorities, referring doctors and patients. In these laboratories M.M.C/MCI registered pathologists are not appointed for supervision of process of testing and certifying the reports. These Laboratory technicians doesn’t have requisite qualification to run such laboratories independently without supervision of  M.M.C/MCI registered pathologists. Due to this patients get erroneous reports leading to wrong diagnosis and wrong or delayed treatment. This is causing a major health hazard. These laboratories are charging huge sum of money to innocent patients and playing with their life. This amount to serious violation of basic human right viz, right of health.

1. Supreme court– Hon’ble Supreme Court of India has issued judgment on 12.12.2017 in Special Leave to Appeal (C) No(s). 28529/2010. It states that “ We dispose of all these special Leave petitions and other pending applications , if any, by taking the view that the stand of the Medical Council of India that Laboratory Report can be counter signed only by a registered medical practitioner with a post graduate qualification in pathology is correct.”

2. Gujrat High Court – Hon’ble Apex court has upheld Gujarat high court order dated 17.09.2010 which states that “Laboratory Technicians being not Pathologists, cannot run any laboratory independently. They cannot directly give any report to any patient or any other individual, or to any institution or practicing doctor, without the authentication of the same by the pathologist registered with the Medical Council”3. Other High Courts Similarly , High Courts of Bombay, Madhya Pradesh, Allahabad, Haryana also stated in their judgments,1. Pathology reports are required to be certified by registered medical practitioner with post graduate qualification in Pathology i.e. Pathologist.2. Laboratory technicians with DMLT or equivalent qualifications are not entitled to run pathological laboratory independently.3. Laboratory technicians are required to assist pathologists who are registered to state medical council or MCI.4. Maharashtra Human Rights Commission:MSHRC in its order dated22.1.18 in case no.1373/16 stated that these laboratories run by technicians are charging huge sum of innocent patients and playing with their life. This amount to serious violation of basic human right viz, right of health.5. Medical Council of India Act 1956, Reg. No. MAH / 11167/Str.It registers doctors to practice in India, in order to protect and promote the health and safety of the public by ensuring proper standards in the practice of medicine. section 15(2) (b) clearly forbids any person other than a person enrolled in state medical register to practice medicine in any state.15(3) maintioned the provision of punishment to person violates 15(2)6. Maharashtra Medical Practitioners act 1961.a. Clause 33(1) The person who is not registered with medical council shall not practice any system of medicine in the state.b. Clause 33(2) Any contravention to clause 33 (1) is punishable.7. Bogus Doctor committees In state of Maharashtra, bogus doctor committees are in existence at District, Municipal Corporation , Tehsil levels. These committees have powers to take action against persons running illegal laboratories under Maharashtra medical practitioners Act 1961 clause 33.Review in supreme courtAssociation of Laboratory technicians running independent laboratories from Gujarat have approached Supreme court for review of its order dated 12.12.2017. This review petition has been dismissed by the Judges Ranjan Gogoi and R. Banumathi on 10.07.2018. Stating that “ We have persued the revies petition as well as the grounds in support thereof. In our opinion , no case for review of order dated 12th December 2017 is made out. Consequently the review petition is dismissed”.

Govt. of Maharashtra is sitting quietly on the supreme court judgment dated 12.12.2018. After 8 months also not a single step from the govt to stop the illegal laboratories. There are more than 13,000 illegal laboratories run by technicians in which tests are being carried out and reports are certified by them without actual involvement of Pathologists ( MBBS with post graduate Degree or diploma in Pathology). Of them 70 % are functioning in urban areas. Govt is reluctant to start action against these laboratories. Infact govt is patronizing these illegal labs .No survey of laboratories with govt.State Medical education and drugs dept, issued letter to all district collectors and Municipal commissioners on 16.9.2017 for survey of laboratories in the state . After 10 months govt couldn’t get information of number of laboratories in the state . There were repeated LAQs and calling attention motions on this issue. But state govt is quiet.Health Hazard for people.These laboratories lead to wrong report, wrong diagnosis and ultimately delayed or wrong treatment. Also there is menace of malpractice and un-indicated investigations leading to economical losses to patients. Daily lakhs of people become victim of these laboratories. This increases undue Burdon of 30% extra money on innocent patients.*

There are cases like, 1.Patients blood reports were reported normal by laboratory technician next day it was reported as blood cancer by pathologist.

2. In Nagpur , one of the patients was reported as HIV positive by technician. He was going to marry after 15 days. He committed suicide . Later on it came to notice that the patient was negative for HIV. Parents approached court. The lab technician was convicted , 5 years of rigorous imprisonment .

3. One patient was given report of hemoglobin s 7.4 gm% . Doctor decided give him blood transfusion . Patients relatives came to blood bank for blood. At the time pathologist checked the blood and hemoglobin turned out to be 11.4 gm%.

These are expected to assist respective specialist doctors in medical practice or teaching. They are not permitted to start their practices independently. Ex Like nurse assists doctor but do not start her own clinic and prescribe medicines, anesthesia technician is expected to assist anesthetist , Similarly Laboratory technician is expected to collect blood and other samples, prepare samples for different tests, perform tests as per standard operative procedures, record readings and submit that data to pathologists . Pathologist will examine data, check for variation in tests ,quality control, microscopy of smears. He will prepare report, certify it is given to the patient.

1. In Parbhani JMFC one doctor with MBBS qualification running laboratory in the hospital ithe helf of technician. The technician used to give report with his signature. The court concvicted both , doctor and technician as none of them were pathologist and still running laboratory and giving reports to the patients. The were given 6 months imprisonment. 2. In Karad on 16.5.18, JMFC convicted 4 laboratory technicians and one pathologist 2 years of imprisonment. The laboratory technicians were running laboratories in dependently and issuing reports without certification by the pathologist. The pathologist was offering signature on the blank letter heads . he was not supervising process of testing and certifying reports whose registration was suspended by Medical Council for the same reason. All of them were convicted under Maharashtra Medical Practitioners Act 1961 section 33.3. There are many cases pending in different courts against people running illegal laboratories.

1. Our association complained to Maharashtra Medical Council (MMC), Mumbai against 6 Pathologists who were offering their signatures and names to multiple laboratories at different locations. They do not visit these laboratories or supervise the process of testing on regular basis. Few of them were signing on the blank letter heads of the laboratory. —MMC has heard the cases, registration of 4 of them is suspended for 4 months , 2 cases are in final stage of the hearing.

2. One Paediatrician doctor was complained of professional misconduct for violation of code of medical ethics to the MMC . He was referring patients to illegal laboratory and treating patients relying on those reports. The charges were confirmed by MMC about his misconduct. MMC warned him that if continues same thing in future his registration will be suspended.3. There are more cases pending in MMC against doctors patronizing illegal labs.

2. Investigations should be advised judiciously and not in routine manner.

1. Must visit laboratory regularly, supervise process of testing and then prepare report and certify those . No. MAH / 11167/Str.

2. Must not offer name or signature to the laboratories where he is not involved in process testing just for monitory gain.

1.Check pathologist is there or not, in the laboratory.

2. Try to Meet the pathologist who has certified your reports.

3. Resolve your queries regarding reports from pathologist.

4. Do not fall pray of preventive health check up.. as these are marketing gimmicks . One can not get standard things in cheap rates. Many times this is part of un indicated investigations.

1. Govt. should implement the directions issued by various courts regarding running of pathology laboratories immediately in letter and spirit.

3. Stop and close the illegal laboratories run by technicians.

4. Restrict unnecessary laboratory tests under Preventive health Check which is done through Open large scale advertisements by corporate labs.Summary :In the state of Maharashtra thousands of Pathology laboratories are run by laboratory technicians. In these laboratories different tests are performed on patients blood, urine etc. The reports are prepared and issued to the patients without pathologist’s certification (counter signature). Such pathology laboratories provide substandard health services to patients , that greatly jeopardize health of public at large. Running such laboratories by technicians is illegal according to Supreme court, MCI act 1956, Maharashtra Medical Practitioners Act 1961 and Hon. Bombay High Court order, Human Rights commission. This act is punishable under section 33(2) of Maharashtra Medical practitioners act 1961.State Government is duty bound to stop practice of pathology by technicians, protect and promote the health and safety of the public by ensuring proper standards in the practice of medicine. Since 2001 , State government intentionally avoided taking actions against illegal pathology laboratories in state of Maharashtra and for unknown reason patronizing illegal labs.