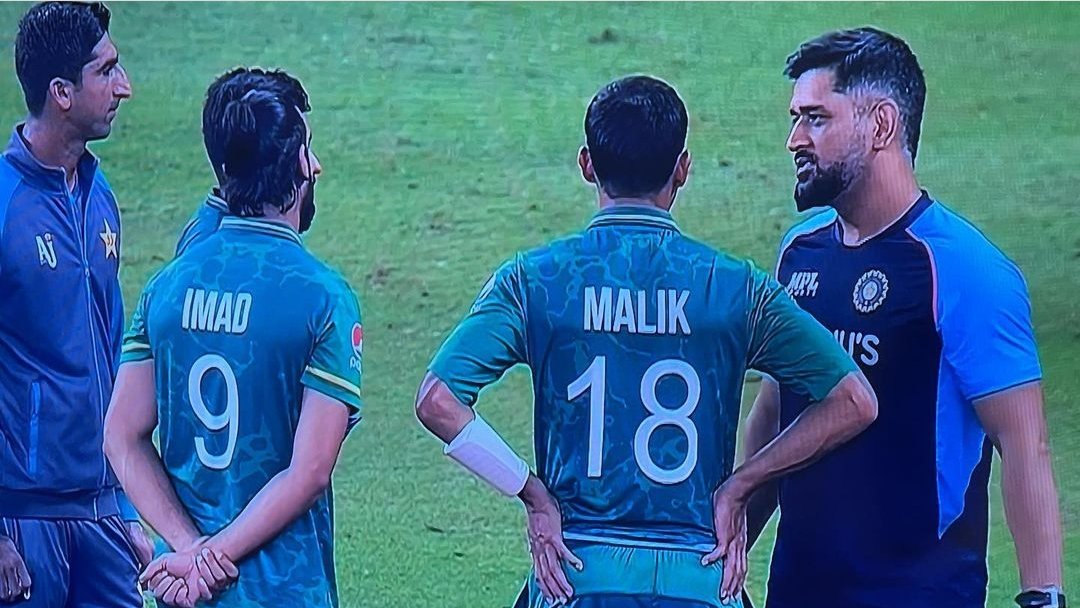 This article is not meant to hurt the sentiments of Indian fans, but to make them realise that losing is just a part of the game. It should not be taken too seriously and personally that later it leads to harming others, violating rules, and assaulting students.

Hurrah! Victorious Pakistan created history in cricket on 24 October 21. The delight and over-excitement among the fans and cricketers had no limits. The enthusiasm and their passion for the game changed the scenario of yesterday’s match against India. Indian cricket team — a highly reputed and one of the strongest teams of cricket shares a long and beautiful history in cricket. The multi-talented boys, their sportsmanship, their cooperation, their love for the game are quite visible to people all over the world. Being defeated by what in the opinion of some players is merely just a weak and lagging team (Pakistan) is surely a matter of shame for them.

Not to forget the duo performed so well, that none of the words can describe their stunning innings. Babar Azam and Rizwan were having a whale of a time playing and playing till the end of the match.  The Pakistan teams’ victory opened a pathway to many youths joining cricket and became alluring for each and every sports lover.

Well, that was all about the fantastic performance of the Green’s. But talking about the disappointment of the Indians fans, it is natural and obvious to feel sad especially after losing to Pakistan. But one cannot deny the fact: winning or losing is a part and parcel of the game. So what’s the point in talking and commenting nuisance over such issues like Virendra Sehwag mentioned the firecracker thing. If India would have won by any chance, won’t it be so natural that their fans would have shown their level of ecstasy in a way or the other?

Talking about the same, Some Indian fans are so full of trash and small-minded people that they take such things personally and harmed those who support the opposite team. Living in India doesn’t anywhere justify this thing that one is bound to support the Indian team. We all have got the right to freedom, freedom of expressing our thoughts. So what the heck did those people create out while assaulting students from Kashmir studying outside?

This is a psychological disorder among such people and the earlier their disease is diagnosed, the better it would be for the country. Leaving aside the politics that is a diplomatic matter between India and Pakistan over the Kashmir issue, cricket has no grounds to be judged on the basis of one’s nationality. The way Kashmiri endlessly supports the Pakistan team is more or less due to similarities in their religion, culture, and tradition. So the point to be noted here is that you cannot force a person to be a fan of ABC or XYZ team. It’s completely their choice.

Writing more on the same, the game of cricket has always been challenging and deeply admirable. Being a spectator and judging players is easy than putting you in their shoes. The way Virat Kohli was being trolled and held accountable for Indian’s defeat is definitely not accepted. The captain gave his best but their best couldn’t outstand the performance of Pakistani players.

Coming to the mediocre and tiny brains of Indians, it was reported that many students of Kashmir has been brutally assaulted by other students for their support of Pakistan. Isn’t it a blemish on the humanity and diversity of India? We talk so much about the “ Ekta ” (Unity) we have in India, yet these important issues have always create a blunder. Police, politicians, Bollywood stars, higher authorities of colleges, cricketers, and every individual should keep one thing in consideration that it was just a match. There is no need to violate the rules and regulations of the constitution, there is no need to lose your temper because your supporting team has face a hard defeat, there is no need to assault Kashmiri and Muslim people across Indian, there is no need for you to be judgmental. Just minding your own business should be your all concern. It’s good to watch one’s words, one’s actions before commenting or taking them out. A recent report from Greater Kashmir — one of the leading newspapers of J&K writes:

“At least 10 students from Kashmir studying in two private educational institutes in Punjab on Monday alleged that they were assaulted, threatened and their hostel rooms vandalised after India lost to Pakistan in a T-20 World Cup cricket match by 10 wickets on Sunday night. One incident was reported in the Bhai Gurdas Institute of Engineering and Technology located on the outskirts of Sangrur town, while another was reported from Rayat Bahrat University in Kharar in Mohali district.”

Isn’t it a matter of shame for all Indians? Where are we heading to? Where is humanity and where are logical humans? Is this what our youth is putting forward to the development of the country?  Definitely, it’s too agonising to read such things; yet it’s a bitter truth that one cannot escape from. As previously mentioned by Former cricketer and present PM of Pakistan, Imran Khan:

“Cricket is a pressure game, and when it comes to an India – Pakistan match the pressure is doubled.”

More on clarifying with Virat Kohli’s statement after losing the game yesterday:

“We did not execute the things that we wanted to, but credit should be given where it’s due. Pakistan certainly outplayed us today.”

So when the Indian captain has a clear notion of the match, who the hell on Earth is you, people, to decide for others? Cutting the crap, I intended to write this article after seeing the reactions of Indian fans, not only highly disappointed but crossing the levels of discipline and forgetting the basic moral values after India lost the match against Pakistan. Your fan moment and patriotism is highly appreciated and one cannot deny the sadness after losing what you cherish the most. But this is not the end. Yesterday’s match will definitely give a better insight for Indian players regarding Pakistan’s players. It’s all about two things, either winning or learning. And the latter is the better. So one must make it a point to keep certain elements in mind, while judging, harming, or assaulting others.

Written By Khazran Khan she is an engineering student and she can be reached at khazkhan891@gmail.com

Disclaimer: The opinions expressed within this article are the personal opinions of the author. The facts and opinions appearing in the article do not reflect the views of Ground Report and Ground Report does not assume any responsibility or liability for the same.