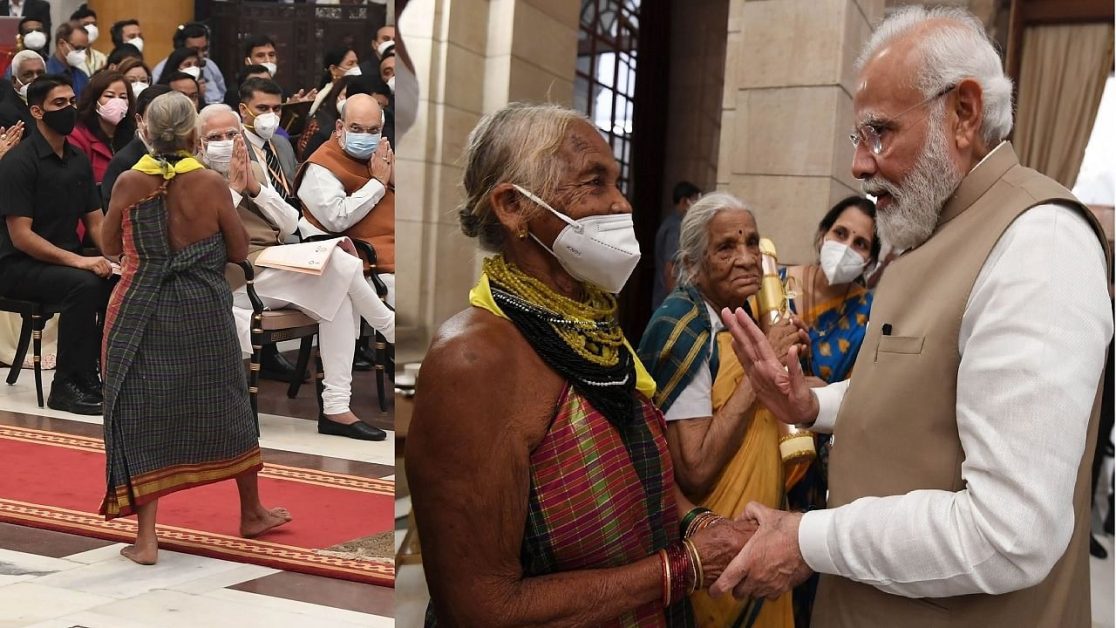 Karnataka-based environmentalist Tulsi Gowda awarded Padma Shri for planting over 30,000 trees and being involved in environmental protection activities for the past six decades.

When she reached Rashtrapati Bhavan to recieve her award she was bare foot, wore a traditional dhoti. He simplicity won many hearts. when she was confronted by PM Modi and Amit Shah, both the veteran leaders honored her achievement and saluted her. Photographer clicked this picture which is now viral in social media.