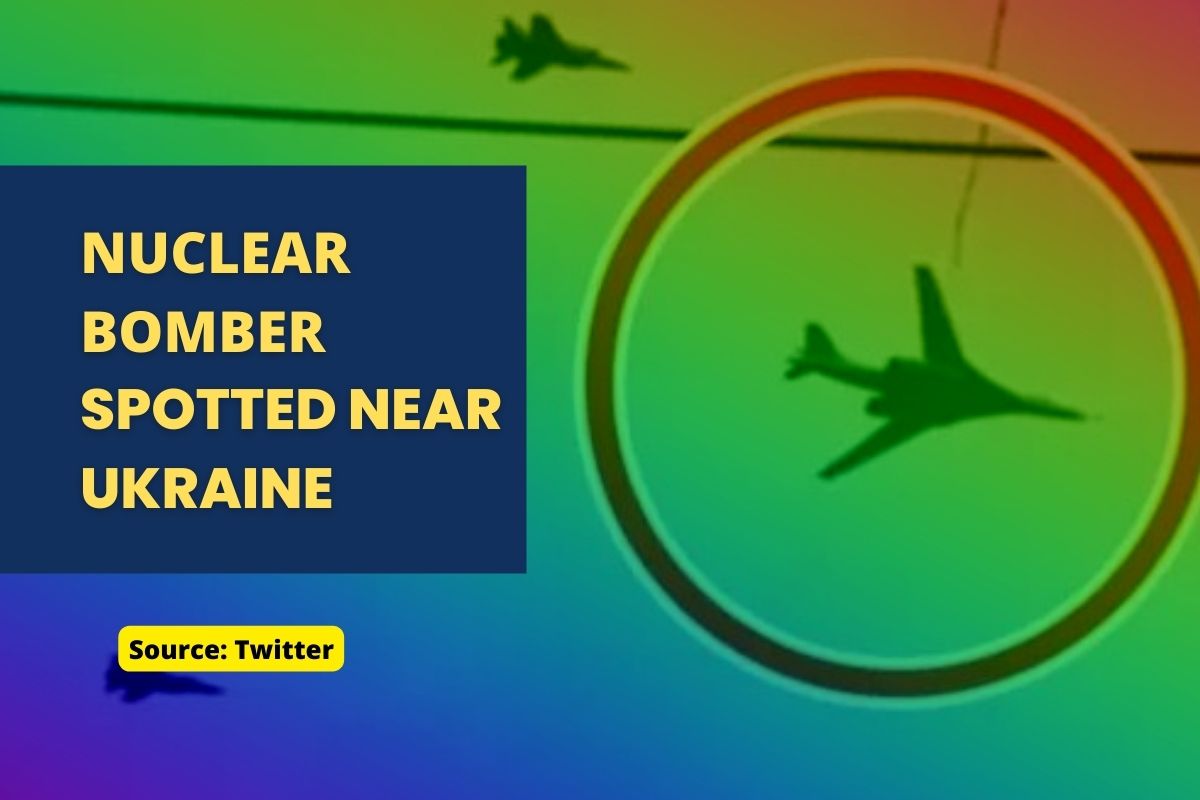 The war between Ukraine and Russia is becoming fierce, after the capture of Mariupol, Russia has intensified its fight, and Ukraine is also engaged in defending its land. War is in 2nd phase, while world is watching it quietly, threat of nuclear war is becoming real. Today One of Vladimir Putin’s TU-160 nuclear bomber (ringed) is seen today in the skies over western Russia. Which is very scary for whole world to even think of. What Putin is upto? Nobody Knows…

What is TU-160 Nuclear bomber?

A very frightening incident has come to light. Russia’s nuclear bomber planes have been seen near the Ukrainian border. TU-160 strategic nuclear bomber was seen in the skies over Western Russia.

The TU-160 nuclear bomber is being accompanied by four Russian fighter jets and a refueling plane Videos caught four aircraft – one used to carry nuclear bombs – over Kaluga region, between Moscow and the Ukrainian border. The super-loud Tu-95 is the only propeller-powered strategic bomber still in operational use today, and the plane first flew 70 years ago.

Tu-160 can carry nuclear and conventional weapons including long-range nuclear missiles. The missiles are accommodated on multi-station launchers in each of the two weapons bays.

The aircraft is capable of carrying the strategic cruise missile Kh-55MS, which is known in the West by the Nato designation and codename AS-15 Kent. Up to 12 Kh-55MS missiles can be carried, six in each bay.

Due to this escalation the possibility of a very big untoward incident is increasing. If Russia is not stopped soon, the world will see again what it saw in Hiroshima and Nagasaki during the Second World War.

Russia has gone mad after Ukraine destroys a Russian warship in the Black Sea. Latest attacks by Russia have concentrated on Kyiv and Lviv.