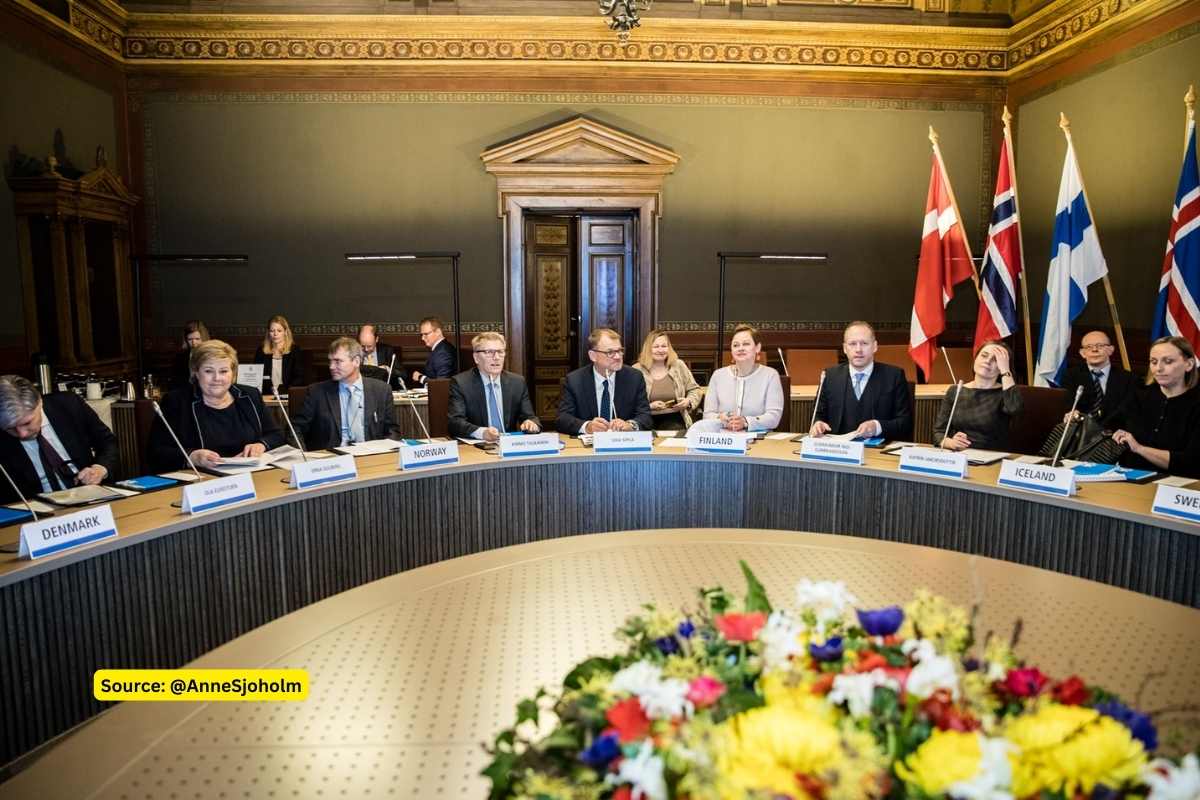 According to the Nordic Action on Climate Change Report,

“Nordic co-operation has firm traditions in politics, the economy, and culture. It plays an important role in European and international collaboration, and aims at creating a strong Nordic community in a strong Europe. Nordic co-operation seeks to safeguard Nordic and regional interests and principles in the global community. Shared Nordic values help the region solidify its position as one of the world’s most innovative and competitive.”

In January of 2019, the prime ministers and ministers responsible for climate issues of Nordic countries decided to urgently work toward their climate goals. The countries aimed to follow the 1.5°C reports released by the Intergovernmental Panel on Climate Change and seriously work according to the suggestions provided. According to the countries’ joint declaration on Carbon Neutrality, cooperation will be increased in disseminating Nordic emission reduction solutions, developing technologies such as carbon capture and storage (CCS), reducing emissions in the transportation sector, and maintaining and improving carbon sinks. The countries will also strengthen their joint climate diplomacy and seek ways to make climate-friendly consumer choices easier.

In 2020 United Nations Environment Programme (UNEP) and five nordic countries; Denmark, Finland, Iceland, Norway, and Sweden collectively conducted rounds of important and frank discussions. These discussions emphasized the importance of sustainable goals. The countries signed up to become the world’s most sustainable and integrated region by 2030 by working collectively towards a greener, socially sustainable Nordic region.

The countries also agreed that UNEP and multilateral agreements are important to provide resources and evidence-based policy-making. The pandemic was also heavily discussed as it gives an opportunity and urgency for countries to work on their recovery plans and for future climate visions.

COP26 in 2021 gave another platform to the Nordic countries to further strengthen their ties. The countries launched several initiatives that would have a real impact on the ground. The “Beyond Oil and Gas Alliance” (BOGA), led by Denmark and Costa Rica, was formed during COP26 to pursue efforts to limit global warming to 1.5°C. The alliance also includes Sweden and Greenland. The Nordic Countries also emphasized Article 6 of the Paris Agreement for a more transparent framework through which countries have to report their carbon emissions.

Read more: The Nordic Cooperation for the Environment and Climate

Read the statement: Joint Statement by the Nordic Prime Ministers on a Sustainable Ocean Economy and the Green Transition

The continuous discussions and cooperation between the Nordic countries point towards their sincerity towards the crucial cause of climate change. Their proactive approach towards driving social, and environmental change not just domestically but also internationally can become a key factor for the mitigation and changing attitude of other countries towards their cause.