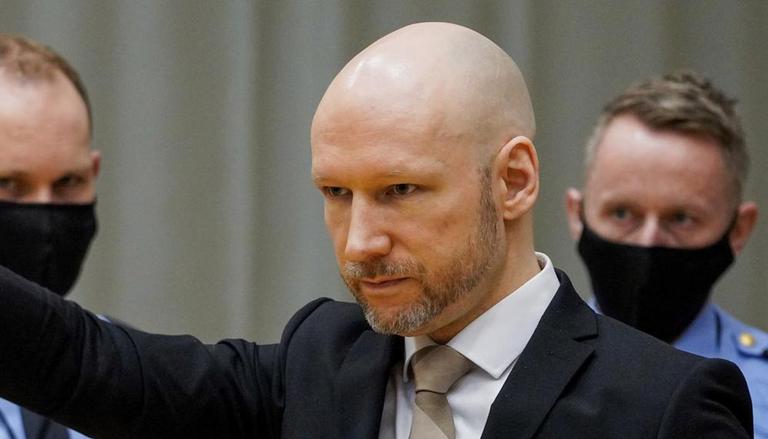 Dressed in a black suit, white shirt, and beige tie, Breivik, 42, appeared before the district court of the southern region of Telemark, summoned for security reasons in the gym of the Skien prison where he is being held.

Just 10 years after carrying out Norway’s deadliest peacetime attack, right-wing extremist Anders Behring Breivik will petition a court for parole on Tuesday, a request that is expected to be denied. But the families of his victims, who fear he will use the hearing as a stage to air his political views, are calling for him to be deprived of the attention he seeks.

For security reasons, the district court for the southern region of Telemark will hear Breivik’s application for parole in the gymnasium of the Skien prison, where he is incarcerated. In 2012, Breivik, who killed 77 people during the massacre, received 21 years in prison, which can be extended indefinitely as long as he is deemed a threat to society.

Who is Anders Behring Breivik

Anders Behring Breivik, the right-wing extremist who killed 77 people in massacres in Norway in 2011, appeared before a parole hearing on Tuesday, apparently more focused on spreading white supremacist propaganda than winning an unlikely early release from prison.

A decade ago, the Norwegian serial killer was sentenced to 21 years in prison for a bomb attack in Oslo and an armed attack on the island of Utøya. That deadline can be extended as long as the court decides that Breivik is a danger to society.

On July 22, 2011, after months of preparation, Breivik detonated a car bomb outside the government headquarters in Oslo, killing eight people and injuring dozens. He then drove to the island of Utøya, where he opened fire on the annual summer camp of the youth wing of the left-wing Labor Party. Sixty-nine people died there, most of them teenagers, before Breivik turned himself into the police.