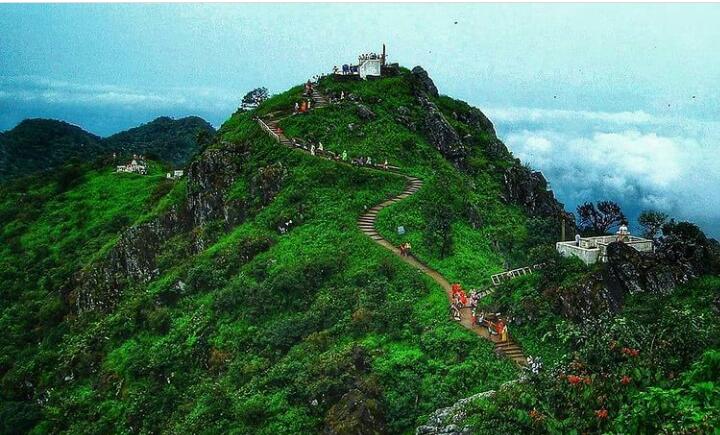 Non-Veg-Alcohol at Sammed Shikhar Ji Controversy: In Giridih, Jharkhand, Sammed Shikhar Ji is the biggest pilgrimage site of Jainism. Many Tirthankaras of Jainism attained salvation by doing penance here. People of the Jain religion, the worshipers of non-violence, come here, and they see that their pilgrimage has now become a picnic spot for the local people. Here people saw consuming meat and liquor. Jains across the country are sad by this and are demanding a ban on the consumption of meat and liquor at Sammed Shikhar.

With #बचाओ_पवित्र_तीर्थ_शिखरजी Jains are raising their voice for a Total ban on alcohol and non Veg Consumption at Shikhar ji. One user Akash Jain asked this question to CM Hemant Soren by Tagging him on Twitter.

@HemantSorenJMM Why there is no permanent ban & policy decision, on non-consumption of alcohol and meat on Tirthraj Sammed Shikharjee. Similar Dharmic places have got this policy enforced with strictness. Why exclude Shikharjee & hurt emotions of Jains.

People of Jain society across the country are expressing their anger over this on social media. The Jain society, divided into Digambar and Shwetambar sects, has united on this subject. The people of both sects are requesting the administration to be strict. Chief Minister Hemant Soren has not yet taken cognizance of the matter.

Meat and Liquor are Restricted in the entire area of Shikhar ji. On the 3rd of the new year, some travelers from Medinipur in Bengal had come to Shikharji. These people were partying only within one-and-a-half kilometers of Shikharji after entering from the main road. They were eating fish. The people of the society saw, there was a protest. The station in-charge stoped them and an application was given to the Giridih administration regarding this matter.

Sammed Shikhar is situated on Parasnath hill. This place is very beautiful. Shikhar ji is a holy place for Jains and local people have started using it for partying. Jains say that this is not a picnic or hill station. Devotees go for darshan after traveling 27 kilometers here. Worshipers of non-violence get hurt after seeing the open sale and consumption of meat and fish. There is a demand for action on this as soon as possible.