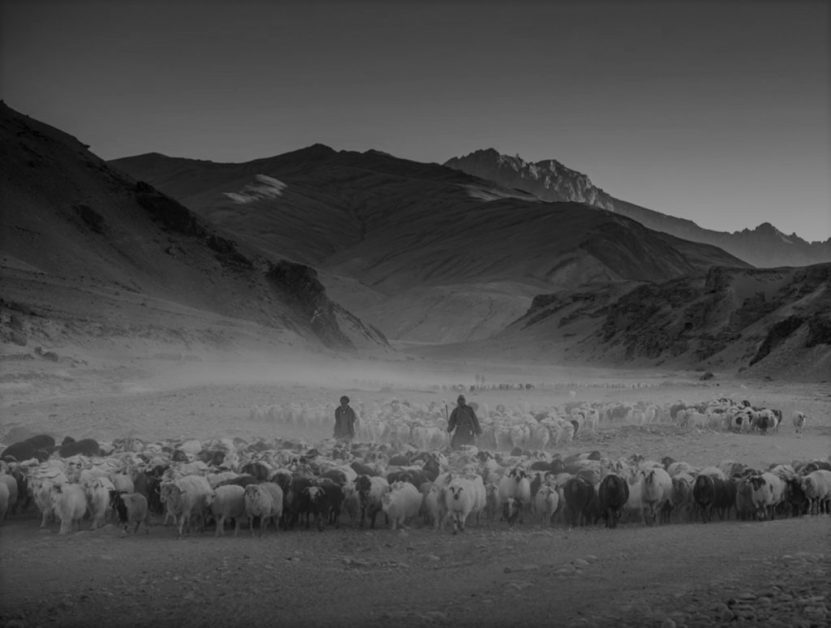 Ground Report | New Delhi: Nomadic pashmina farmers in Ladakh; For centuries, the Changpas have herded shaggy goats whose silky wool is the raw material for pashminas. But in the 21st century, many, forced above all by climate change, are rethinking their way of life.

The Ladakh region is part of the Tibetan Plateau, which is more than 14,000 feet above sea level. Tibet is often called the roof of the world. Very few grow in parts of this cold desert, including Ladakh, where temperatures can drop as low as minus 35 degrees Celsius. Pashmina is derived from Pashmina (Changra) goats raised by nomads in the high mountains of the Changthang region of Ladakh. Local Changpa nomads also raise sheep and yaks.

Winters are harsher and summers drier for these semi-nomads who live at an altitude of 5,000 meters in the Changtang region, halfway between Indian Ladakh and Chinese Tibet. Weather changes and other factors are causing them to increasingly abandon their traditions and settle in towns and cities in the Ladakh region in search of alternative sources of income.

The warm, fine wool of their Himalayan breed of goats is used to make the refined cashmere fabric, sought after by purists the world over, for elegant shawls and warm scarves. But to produce these fibers, the animals need particular climatic conditions at high altitudes.

Climate change has contributed to pashmina scarcity, explains Irfan Goruu, a 31-year-old trader. “If the Ladakh nomads don’t produce it then no one will (…) so this sector will die,” he told AFP.

From June to September, the Changpas settle in tents in the mountains to graze their sheep. Then they go down to the town the rest of the year due to the freezing temperatures of the heights. “We’re going to have to build a house up the mountain because it’s too cold to live in a tent,” says Sonam Yangzom, a 55-year-old nomad whose face is scorched from a lifetime of inclement weather and air. (Nomadic pashmina farmers in Ladakh)

“I have seen such heavy snowfall three times in the past decade,” said 53-year-old Bihkit Angmo, a goat rearer in Changthang. In Kharnak, a nomadic settlement 173 km east of Ladakh’s capital Leh, nomads said this new trend of heavy snowfall in winter “has made us quite worried.” “Our survey shows that five to 10 families from Changthang area migrate to Leh city every year,” an official said on condition of anonymity.

According to official estimates, around 2,500 Changpa families manage approximately 200,000 Pashmina goats in Changthang. But due to deteriorating climatic conditions, many families feel compelled to leave Changthang and migrate to the city for alternative livelihood.

This may act as a serious threat to the pashmina industry in the future. The artisans have used pashmina for generations to create the famous pashmina shawl, which is handwoven and often embellished with fine embroidery. A pashmina shawl can cost around US$200-600 in the international market.