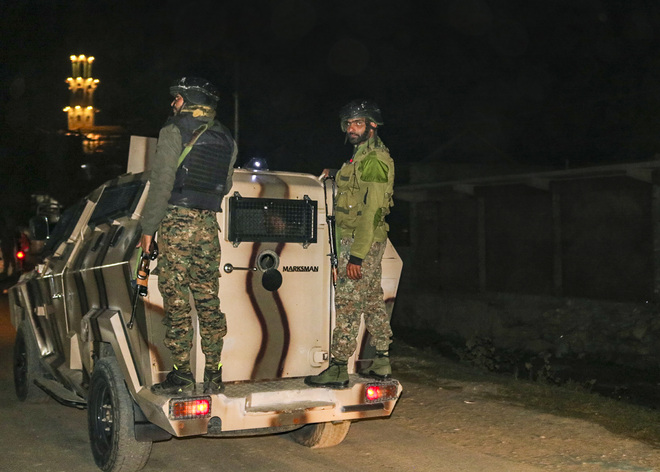 In a video released on several channels of the Telegram mobile app, a man is narrating in the Kashmiri language about the incident that started on October 11.

The video claims that two unidentified extremists chased the Army Patrol party for 10 hours and raided their tent the next day (11 October). Describing himself as the leader of the attacking party, he is saying that he had crossed ‘Chamerar Gali’ at around 4.30 pm.

The militants claimed that they took hand-written identity cards, bags containing instant noodles, wafers and some personal kits from constable Harjit Singh. At the same time, quoting an army source, the newspaper writes that the army has described this video as a ‘childish attempt of propaganda’.

So far, nine soldiers of the Indian Army have been martyred during this encounter that started in the forests of Poonch and Rajouri and the army is still conducting a search operation.

Jaswinder Singh, Mandeep Singh, Gajan Singh, Saraj Singh, and Vaishakh H were among the soldiers killed in the incident of 11 October. On October 14, the army had spoken of recovering the bodies of Subedar Ajay Singh and Naik Harendra Singh. While in another encounter, Riflemen Vikram Singh and Yogmber Singh were martyred.

The Army had tweeted on Monday, “Army Chief Gen MM Naravane will be on a two-day visit to Jammu region where GOC White Knight Corps will brief him about the security situation and operational preparedness. The Army Chief will also visit forward areas and on the ground. Will also talk to the soldiers and commanders present.