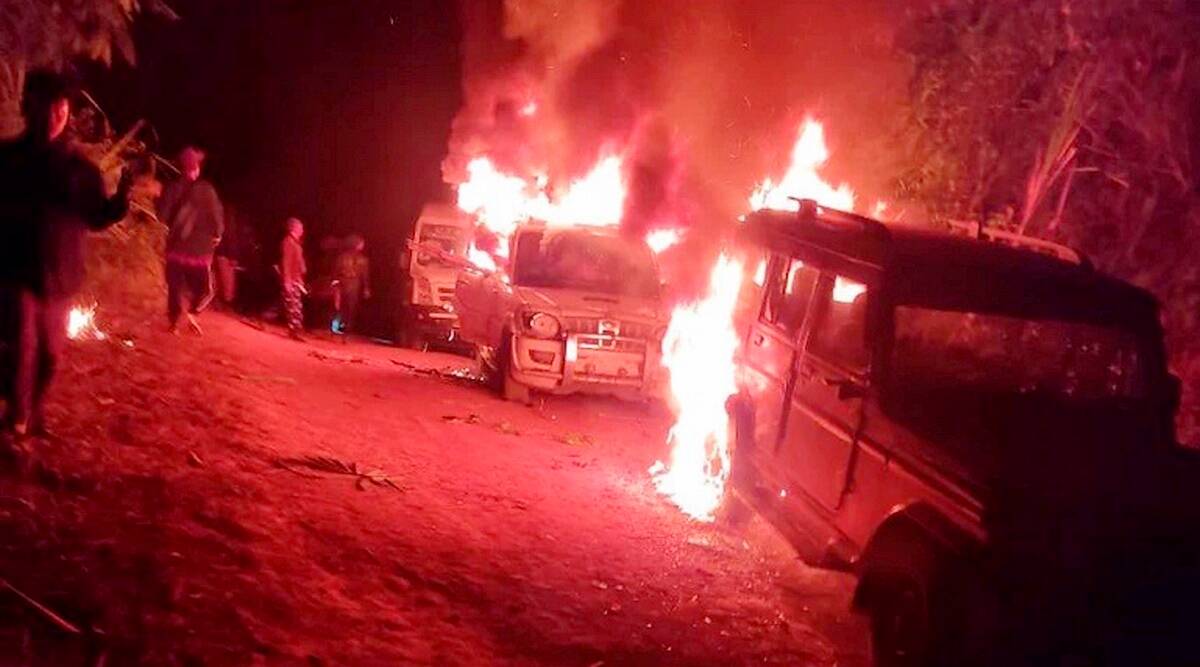 Ground Report | New Delhi: Villagers killed in army operation; Congress leader Rahul Gandhi has sought an answer from the government in this matter after the news of several civilians being killed in the action of security forces in Nagaland on Saturday night.

He has said that the government should properly answer that when the common people, as well as the security personnel, are not safe on their own land, then what is the Ministry of Home Affairs doing?

Apart from Rahul Gandhi, Trinamool Congress leader Mamata Banerjee and AIMIM leader Asaduddin Owaisi have also raised questions. On Sunday night, people took out a peace march by lighting candles at many places in the state including the capital Kohima.

At least 13 people were killed in action by security forces in the Tiru area of ​​Nagaland’s Mon district on Saturday night. This area is close to the Myanmar border.

“This is not a Nagaland police operation where the state government elected by the people can be held responsible and where local police personnel will be involved. This is an Indian Army operation that has gone horribly wrong. This will strengthen the long-standing narrative of India vs Naga people. This temporarily even goes as far as to strengthen the hands of the rebel groups.

A senior security establishment official told The Indian Express, this would require tactful handling from the Center, beginning with prompt and visible action against those responsible.

Sources said the incident will also force pro-India groups to express public sentiments on the issue. “So far, only the NSCN-IM has been the biggest hurdle in the finalization of the Naga peace accord. All other Naga groups, which are part of the Naga National Political Groups (NNPG) or otherwise want the deal to be done as soon as possible.

However, this incident now not only gives the NSCN-IM a handle to push back against India in the talks but also puts pressure on other groups to raise their voices,” said a source in the Nagaland administration. “Given the public anger over this, how will the pro-India Kitovi faction or such factions of the NSCN-K, which have come to the negotiating table, remain silent? No one will risk being irrelevant.”

In a strong statement, the NNPG, which includes seven Nagaland-based insurgent groups that have supported the peace dialogue process so far, raised several of its earlier demands, such as repeal of the separate flag, the Armed Forces Special Powers Act, 1956. Blamed the continued implementation of for such incidents. “The stringent laws in Nagaland and military atrocities over several decades have made the Naga people very aware that they are not Indians and never will be,” the working committee of the NNPG said. The army’s actions “undermined the commitments made by the Indian Prime Minister and the Home Minister”, it said.

Earlier, a press release was issued by Defense Wing Kohima on this entire matter.

It was told in this press release, “There was credible intelligence information about the possible activity of the militants. Based on this, an operation was planned in the Tiru area of ​​Mon district of Nagaland. I am deeply sorry about the incident that happened. A high-level inquiry is being conducted into the cause of the unfortunate death of common people. Appropriate action will be taken in this matter as per law.

Naga People’s Front party leader and former state chief minister T.R. Zeliang has condemned the incident by tweeting and demanded the formation of a commission to investigate the matter. (Villagers killed in army operation)

He wrote, “I strongly condemn the killings of innocent people in Oetting, Mon. There can be no excuse for this massacre. An inquiry commission should be constituted immediately under the chairmanship of a retired judge and the security personnel involved in this should be punished.” Strict action should be taken.”

In his second tweet, he has said, “In a civilized society, where we all want to live in peace and harmony, this brutality on the part of the security forces is unfortunate. My condolences to the bereaved family of 13 people killed in this incident. And I pray that the health of the injured get better at the earliest.”