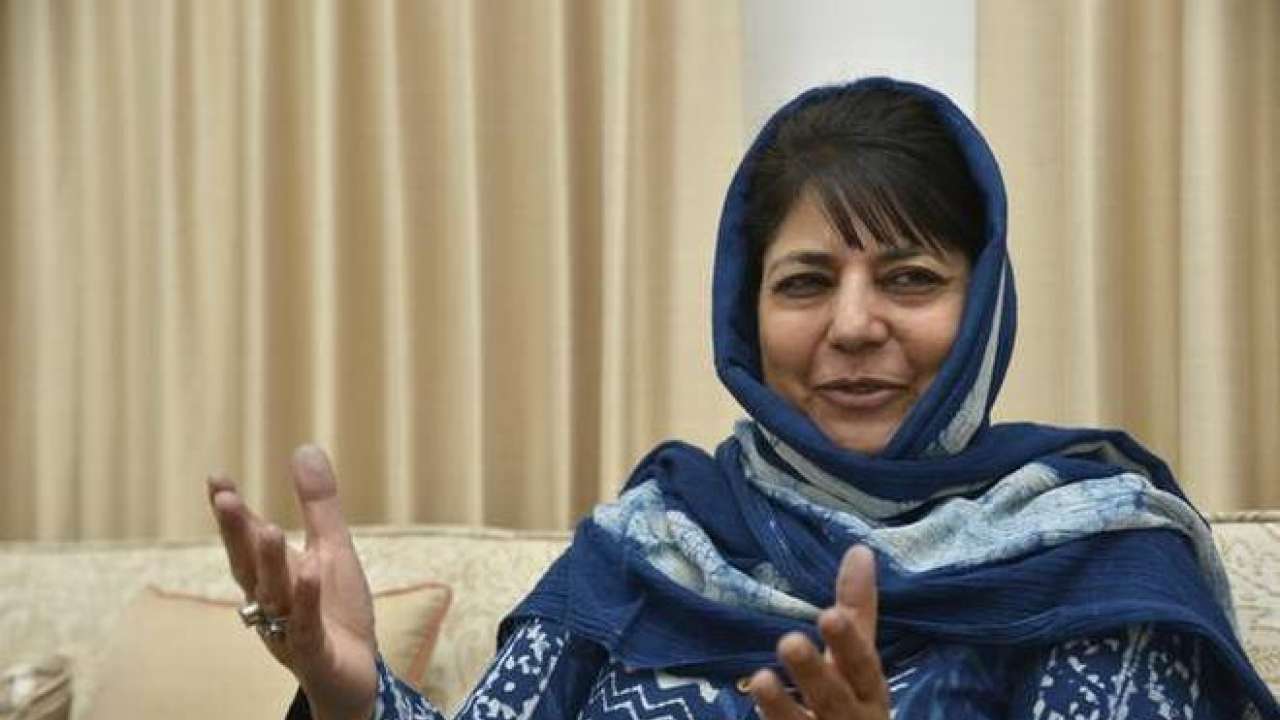 PDP chief and former J&K CM Mehbooba said that Former Prime Minister Jawaharlal Nehru had a vision. But the BJP has no vision. It is unfortunate that many media outlets today do things about BJP propaganda. The constitution of Jammu and Kashmir has been robbed.

The Mufti also commented on the secret agreement. “We are all mainstream parties. We have taken an oath to protect the Constitution of Jammu and Kashmir. My father also wore the tricolor. We will protect it forever, ”she said.

“We have never said we will contest any election. I had said that I would not contest the elections till the flag of Jammu and Kashmir came again” Mehbooba said.

Mehbooba Mufti further said that since Jammu and Kashmir has the largest Muslim population, it is discussed more,”.

“I don’t want a certificate of being anti-national or nationalist. The people of BJP have destroyed the state” She said.

She added that the government does not have any vision. The discussion is only on Pakistan and Jammu and Kashmir. China has seized 1,000 square kilometers of its territory. However, it is not discussed

Mehbooba said those who are saying the situation is normal in the Jammu and Kashmir, they have not been able to start 4G services.