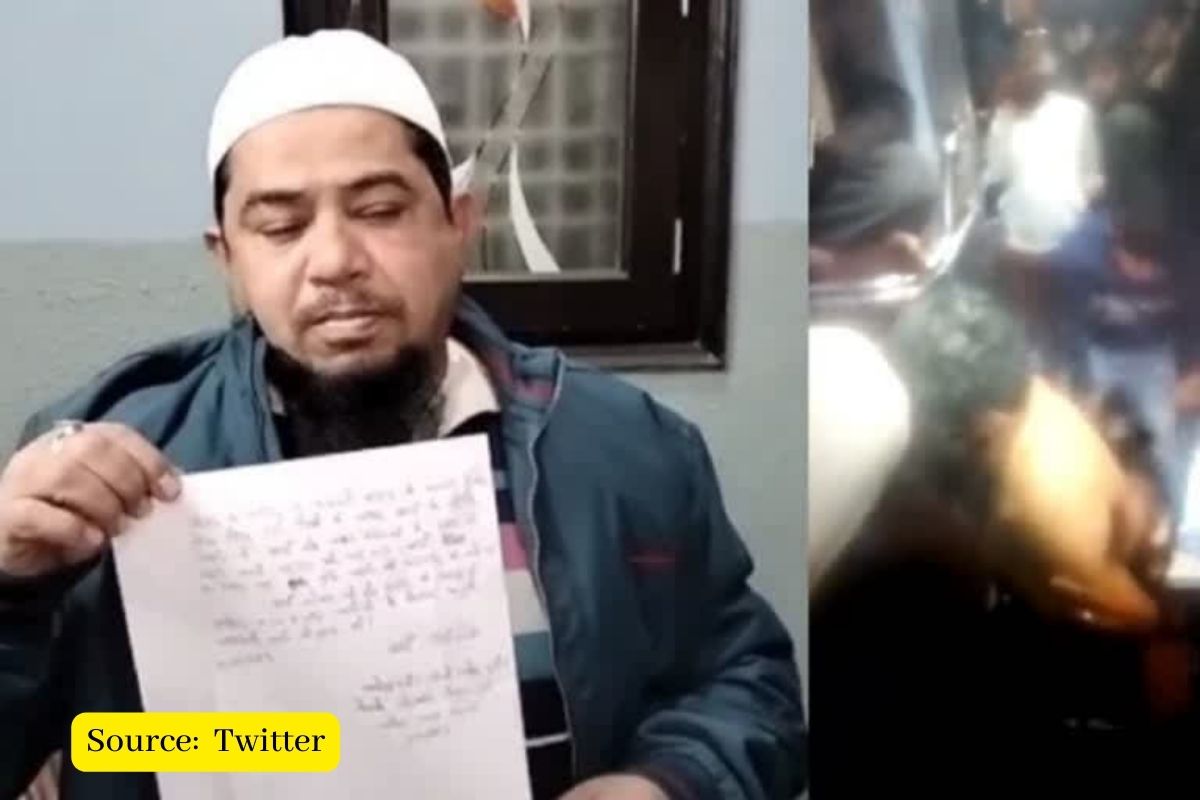 A video has surfaced of a Moradabad scrap dealer being beaten with a belt on a train over a seat aboard the Delhi-Pratapgarh Padmawat express. The victim filed a complaint at the GRP police station against unidentified persons on Friday night.

The victim businessman Asim Hussain, a resident of Peerzada township in the Katghar police station area of Moradabad, reportedly filed a complaint saying he boarded the general compartment of the Padmawat Express train in Delhi to reach Moradabad on Thursday night.

The video of this entire incident went viral on social media, after which the railway police arrested two accused from Bareilly station. The victim traders are residents of Moradabad.

According to the complaint, the group pulled his beard and forced him to sing “Jai Shri Ram”. The victim further alleged that when the train reached Moradabad and stopped outside, the group of criminals forcibly pushed him.

Asim Hussain said that he does brass business and had gone to Delhi. While returning from Delhi, he was sitting in the general bogie of the Padmavat Express. When this train stopped at Hapur railway station, some youths entered the bogie and started fighting with them in the moving train.

He said that the attackers grabbed his beard and started calling him a thief and started beating him. The victim claimed that he had to call his relatives to bring him some clothes and then he went home.

CO GRP Devi Dayal, said, “Based on the complaint filed by the victim, a case of assault, verbal duality, intimidation and slogans against two persons has been filed. Upon learning of the video clip, two people were arrested in Bareilly. They identified themselves as Satish Kumar from Rae Bareli and Suraj from Pratapgarh.