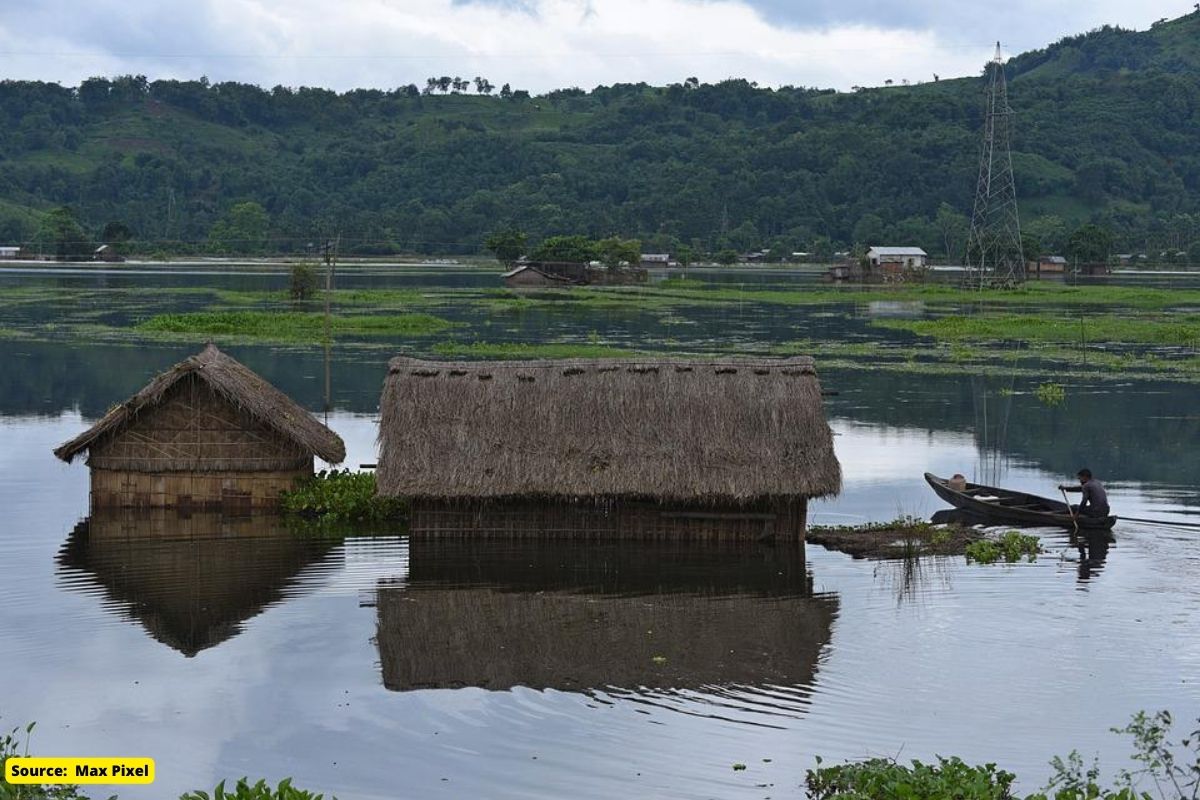 Heavy monsoon rains in the form of floods cause heavy loss of life and property in Assam every year, with at least 25 people reportedly killed in landslides. As per the latest figures, 6.5 million people have been displaced in the last ten days.

These people who reach a safe place to save their lives leave behind all their belongings and relocating their houses after the floods have stopped is not without problems for them.

The Brahmaputra is one of the largest rivers in the world. It flows from Tibet to India and then to Bangladesh. The ruthless waves of this river engulf the settlements of Assam that are inhabited by the rivers.

Extreme levels of flood danger were announced this month in at least 1,800 villages in 26 districts of Assam. Meanwhile, 20 people were reported to have died in various drowning incidents in the flood relief, while five more people died due to landslides in the past ten days. Assam Water Resources Minister Pijush Hazarika added: “The water level has started to recede, but some parts of the railway network have been destroyed.”

Relief work is underway for residents of flood-affected areas in Assam due to monsoon rains. According to officials, 366 relief camps have been set up in some 20 districts. More than 95,000 people have been welcomed or housed in these camps. Roads, houses and other buildings in most of the surrounding area are flooded.

Meanwhile, as the strength of the rains subsided, the flood situation in Assam also saw marginal improvement.

The number of people affected by this pre-monsoon flood, which has hit the state since May 13, dropped from 7.19 lakh people on Sunday to 6.5 lakh people on Monday. These 6,50,402 affected, including 1,25,471 children, reside in 1,709 villages located in 22 of the 34 districts of the state, according to Assam State Disaster Management Authority (ASDMA) officials.

The statewide death toll from floods and landslides also rose to 25 on Monday, after one more death was recorded in the Cachar district in the past 24 hours.

A total of 290 relief distribution centers and 366 relief camps have been opened in all the affected areas, with the camps currently housing some 90,597 people. About 82,503 hectares of cultivated areas in the areas affected by the floods are still affected.