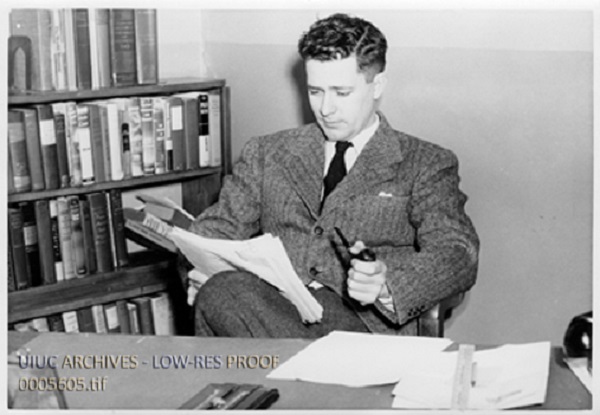 Ground Report | New Delhi: Who is the Father of Mass Communication; During his lifetime, Wilbur Schramm wrote 25 books based on his research of communication, with a heavy emphasis on mass communication and the media. Wilbur’s large role in establishing and shaping communication studies has earned him the nickname of “the father of mass communication”. Without his efforts, perhaps today’s communications major would have been very different.

Who is the Father of Mass Communication

Born in Marietta, Ohio, in 1907 as a young boy, Wilbur Schramm began to stutter, which affected his public speaking skills. Wilbur earned his B.A. from Marietta College. In 1930, he earned an MA in American Civilization from Harvard University. Received. Throughout his twenties, Schram worked in poetry and fiction.

Meanwhile, he earned his Ph.D. in American Literature from the University of Iowa in 1932. He continued to teach English therefrom 1934–to 1941. While they were there, in 1935, he and Norman Foster founded the Iowa Writers’ Workshop (which later became one of the most prestigious creative writing programs in the U.S.).

When World War II broke out, Schramm became director of education in the federal government’s Office of Facts and Figures. He found himself immersed in propaganda and even more so in mass communication.

Schramm’s research interests included audience behavior, persuasion, propaganda, and the educational use of mass media. Among his 25 books, his best-known works include Mass Communications (1949; 2nd ed. 1960), Process and the Effects of Mass Communication (1954), Television in the Lives of our Children (1961), Mass Media, and National Development. 1964), and The Story of Human Communications: Cave Painting to the Microchip (1987).