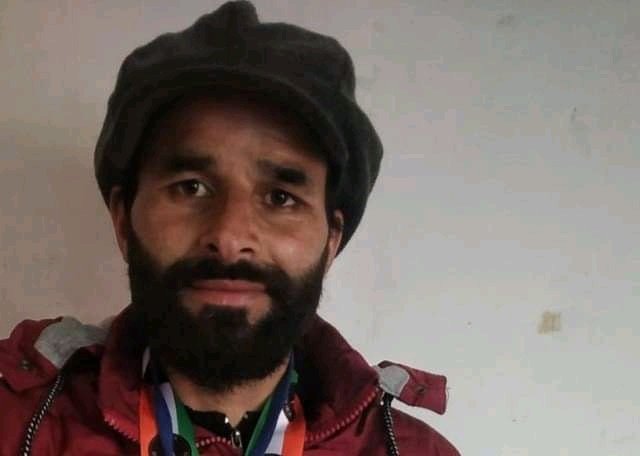 A young creative artist from Kulgam is the first artist from Kashmir t to get an entry in Asian and Indian book of records.

Mudasir Rehman Dar,26, a resident of Kulpora village in Kulgam district, a  known figure in Kashmir for creative abstract painting and portraits have been carving for a platform to display his talent despite winning several awards at mega stages.

Dar, while talking to news agency—Kashmir News Observer (KNO) said that since his childhood he was naturally attracted towards the art.

“I used to make paintings with different messages. I usually tried to focus on social evils through my artwork like a drug addict, child labour and other social injustices besides ongoing conflict,” he said, adding that the artwork giving him a peace of mind.

“Besides I have won so many awards at the national, state and district level including dozens of certificates,” he said.

Dar said though getting entry in Asian and Indian book of records are an acknowledgement of his work, but his real happiness will be when he will get a platform to show his real talent.

He said that Kashmiri youth are talented but there is a lack of platforms, where they can show their talent and government, must look into it seriously.

Dar is a God gifted talent and also paints the world’s smallest painting of the Holy Kabbah on a ring stone and a leaf.