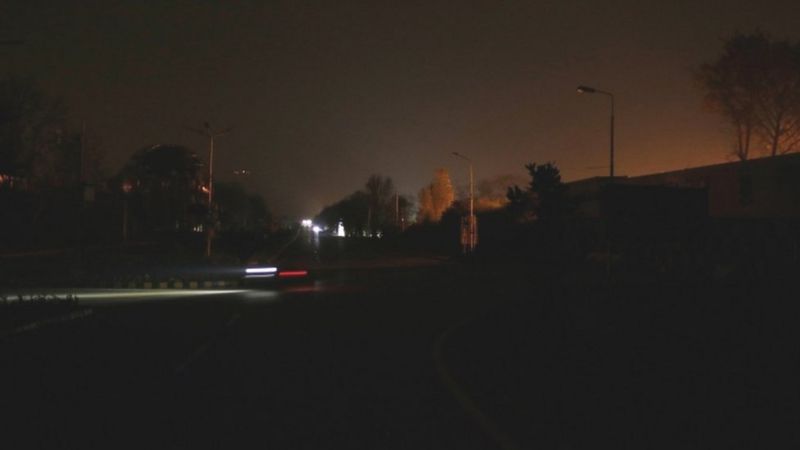 In Pakistan late on Saturday, almost suddenly the entire country lost electricity. The Ministry of Power informed via Twitter that there was a nationwide blackout due to sudden drop in frequency of power transmission system from 50 to 0. According to the ministry, this technical flaw occurred at 11.41 am.

Several cities in the four provinces, including the provincial capitals of Karachi, Lahore, Quetta and Peshawar, Multan, Rawalpindi and Faisalabad, have been affected by the breakdown.

According to journalist MA Jral, besides all the small and big cities of Pakistan-administered Kashmir, there was also a power breakdown in the villages.

At 11:41 a.m., a technical fault occurred at the Guddu power plant, causing the country’s high transmission line to trip, the energy ministry said.

Guddu Thermal Power Station is located on the banks of the Indus River in Kashmore District of Sindh and is one of the largest power plants in Pakistan.

At around 1.30 pm, the Ministry informed that soon the restoration of electricity is being started in a systematic manner. Then, at 1.45 pm, according to Pakistan’s time, the restoration of power was reported in NTDC’s conglomerate and mardan grid.

According to the ministry, power restoration has started in Islamabad, Peshawar, Multan, Jhelum, Gujjar Khan and Muzaffargarh while power is also being supplied to several feeders of a private electric company supplying power to Karachi.

According to K Electric, power has been restored at some places in Karachi while its engineering teams are working to restore power.