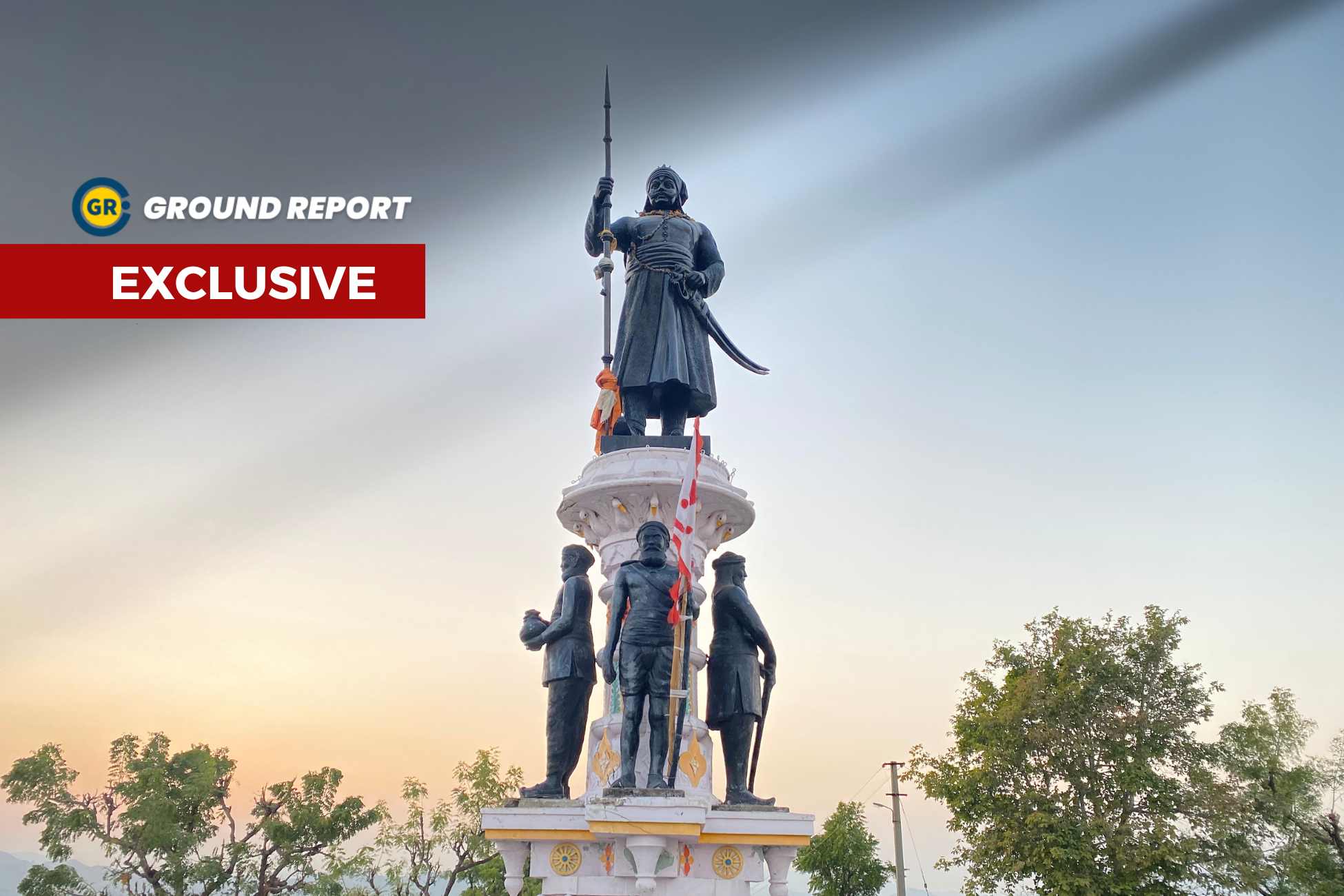 Udaipur, the city of lakes, is the pride of the historic Mewar kingdom. One of the most revered rulers was the Maharana Pratap. The title ‘Rana’ is bestowed on the brave warrior. The valour of Pratap was unprecedented, and he fought numerous battles. Hence, he was called ‘Maharana’.

While the Rajput take great pride in the legacy of valour, and sacrifice. But, the last resting place of Maharana Pratap is in an abysmal state.

In the Chavand village, 40 km from the city of Udaipur, is the samadhi of Maharana Pratap. The village was the crisis capital during Maharana Pratap’s reign. This is also the place where he died on 19th January 1597.

But, nothing has been prepared for the samadhi. Although, the CM said that the construction of the Panoram would help bring development to the nearby areas.

The villagers have requested to invest in the renovation and beautification of the Samadhi. They say it can be a great tourist attraction considering the popularity of the king among the Rajputs, as well as the tourists.

A committee named, Maharana Pratap Smarak Samiti, has taken responsibility for Maharana Pratap’s last resting place. The current caretaker, during a formal conversation, said before he came to the village the state of samadhi was abysmal. Boys from the nearby village used to come and drink liquor. A number of liquor bottles would be collected every day. He also claimed that the samadhi became a place for people to engage in obscene activities.

The committee charges the visitor’s tickets. The money collected is then used for the maintenance of the samadhi. When we visited, the lawn on the premises was being ploughed for maintenance. The caretaker mentioned that, there are people who help us with the conservation of the place. One such individual has taken the responsibility of beautifying the lawn which would add value to the monument.

When asked about the transparency of the money or the transaction through the committee, they were unsure. Though, one of the committee members did list down the number of works the committee has done. As they manage the nearby temple.

Several villagers also mentioned, how they have also asked the royal family in Udaipur to take care of the samadhi. However, the reasons behind the apprehensions weren’t clearly stated by any of the committee members or villagers.

Someone even, aggressively, mentioned involving Karni Sena in the maintenance, and protection of the monument.

The place was built and beautified during the Atal Bihari Vajpayee government in the centre, and the Bhairon Singh Shekhawat’s government in Rajasthan in the year 1997. The state of the place has remained more or less the same since villagers claim.

Amidst these conversations, we asked the obvious questions. Why hasn’t the government take care of the national heritage? The simple answer, according to the villagers, was politics. They said, there is too much politics. The land, according to them, is locked between three-gram panchayats’ and no one wants to take responsibility.