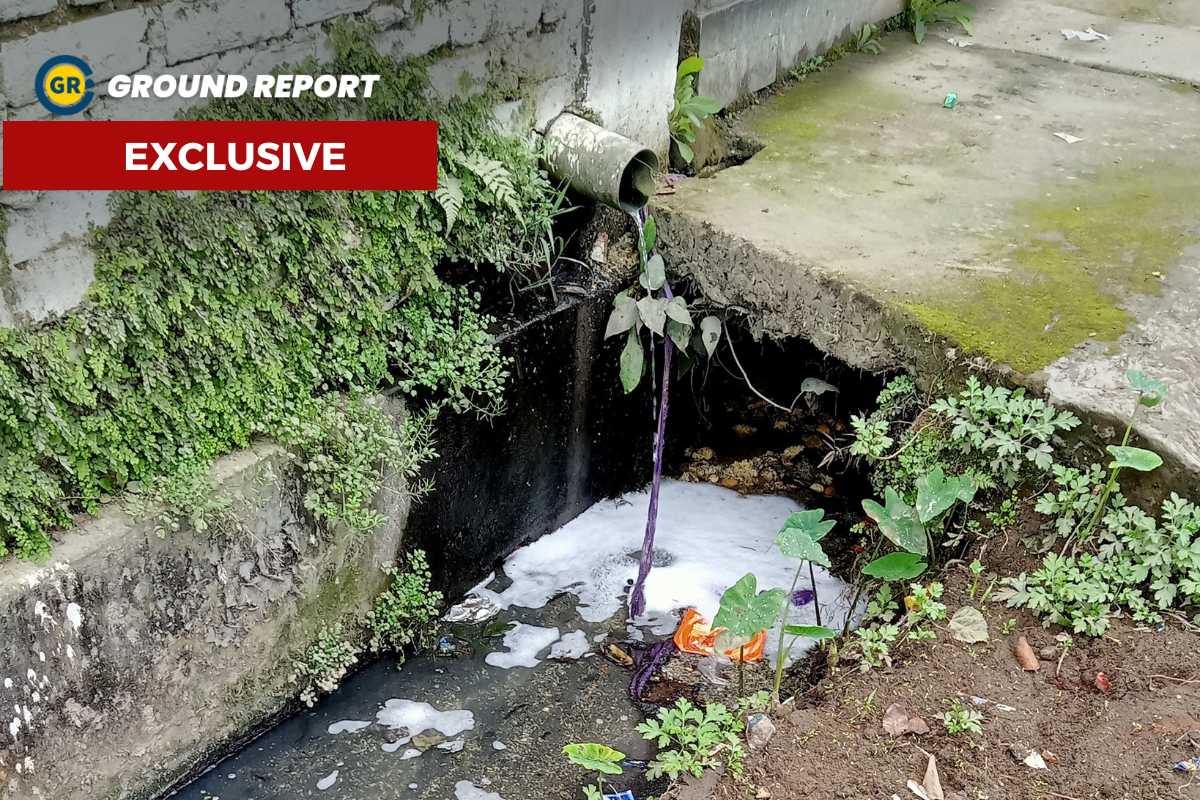 Water supply and demand imbalances have become more severe as a result of population expansion, urbanization, socioeconomic development, and other factors. This is particularly a major concern in emerging nations like India. Water distribution has always been an issue in India. And, in recent years it has intensified due to climate change bringing frequent droughts and floods. Therefore, utilizing water resources effectively is urgently necessary.

Wastewater should be viewed as a precious resource from which water can be recycled. Also, untreated wastewater left in the open is the root cause of many diseases and contaminations.

According to NITI Aayog’s report called Urban Wastewater Scenario in India published in August 2022, India generates 72,368 million liters per day (MLD) of urban Wastewater out of which only 20,236 MLD is treated. That is just 28% of the total wastewater. Furthermore, 72% of the wastewater is left untreated.

Lack of drainage system in Tinsukia

One such example is the Tinsukia district of Assam where there is no proper drainage system. As per a report by the Centre for Science and Environment, 99% of the population of the district is dependent on the On-site sanitation systems. In addition, there is no sewage network in the district. On-site sanitation is a system in which excreta and wastewater are collected, stored, and/or treated on the plot where they are generated. These on-site sanitation systems may or may not be connected to open drains. Currently, wastewater and other household liquid wastes are directly discharged into open drains and nullahs.

During monsoons, these drains tend to overflow flooding many parts of the district. Also, exposing the population to a high risk of contamination from this wastewater. Even during the winter season, some of these drains are on the verge of overflowing. Waterlogging and an unplanned drainage system in Tinsukia municipality have created serious problems for the residents.

The Sewage Division, Town and Country Planning, Assam has recognized the problem. They have stated that due to a lack of drainage, areas become waterlogged. Furthermore, there are several health consequences like malaria and pollution of shallow water and groundwater. That is to say, it has a direct impact on the health and hygiene of the locality. Therefore, towns under the Directorate of Town and Country Planning, Assam have been asked to prepare Drainage Master Plants with the aim to develop a stormwater drainage system that is sustainable and mitigates flood and waterlogging problems.

The draft drainage master plan for Tinsukia has been submitted and is waiting for approval as per the Directorate of Town and Country Planning, Assam.